Ben Aaronovitch is an English author and screenwriter.

Born in London, he took up screenwriting in his early twenties, becoming an overnight hit.

He currently lives in his hometown where he intends to spend the rest of his life. 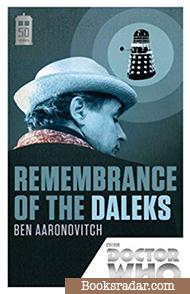 Doctor Who: Remembrance of the Daleks: 50th Anniversary Edition
Doctor Who: New Adventures 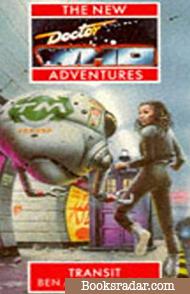 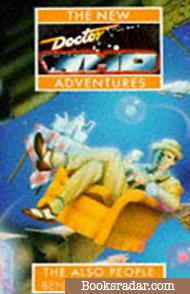 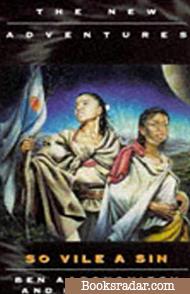 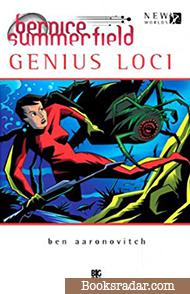 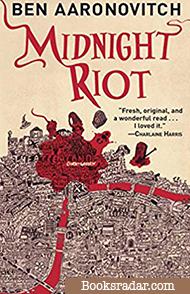 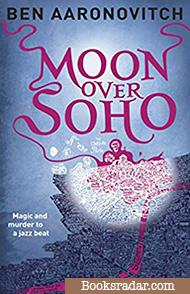 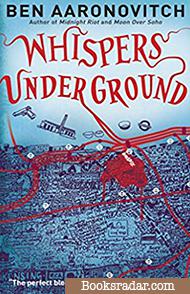 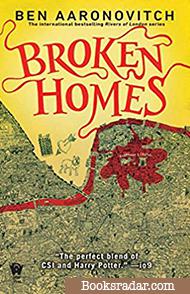 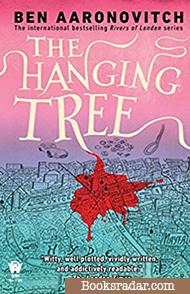 Doctor Who: Remembrance of the Daleks: 50th Anniversary Edition

Like
Doctor Who: Remembrance of the Daleks: 50th Anniversary Edition

Having a bit of unfinished business to attend to, the Seventh Doctor returns to Coal Hill School in London in 1963—the one place where it all began.

The last time he was here, the Doctor left behind a powerful Time Lord artifact, one that could unlock the secrets of time travel.

Can he repossess it before two rival groups of Daleks track it down?

And even if he succeeds, how will the Doctor prevent the combustible confrontation between the Daleks that threatens to bring London to its knees?

This is an adventure featuring the Seventh Doctor, as played by Sylvester McCoy and his companion Ace.

It is the greatest and most audacious mass transit systems in all of existence. A network of interstitial tunnels, against all odds, links the planets of our solar system together so much that traveling from Earth to Pluto takes just forty minutes—only requiring a supersave non-premium off-peak travelcard.

Something sinister however lies in the network, wreaking havoc and leaving a trail of death and mutation behind it.

Enter the disinclined Doctor who is once again dragged into human history.
Back down amongst the joyboys, freesurfers, chessfans, politicians and floozies, it’s a place where friends are more lethal than foes.

The Doctor has taken his companions to what seemingly looks like paradise.

A sun enclosed by an artificial sphere, it’s a place neither stricken by poverty nor hampered by violence.

As Chris learns to surf, meets a girl and falls in love with a biplane, Roz suspects an alien plot and Bernice considers that the place could very well need an archaeologist.

The peace is however disrupted after a mysterious killing takes place.

As the suspects increase and Bernice recognizes that even an artificial world has its fair share of secrets, Roz confirms her worst fears--fears that every paradise has its snake.

So Vile a Sin

Dr. Who, by far the longest running science fiction TV series, has thrilled fans in both Europe and America since 1963.

Now, the New Adventures Series—original, full-length novels which continue the Doctor's travels in time—presents So Vile a Sin, which culminates in the final face-off between Dr. Who and the psi-powered Brotherhood, marking the exit of the Doctor's companion, Roz Forrester.

She will one day conquer empires and decide the fate of the universe. She will also one day be dreaded by the forces of evil.

That day is however yet to come.

Twenty-one-year-old Bernice Summerfield is struggling to earn a decent living.

Offered a job she isn’t qualified for, Bernice finds herself in the backwater planet of Jaiwan where she links up with a disparate team of archaeologists who have just made an interesting discovery about the planet; something far more interesting than people thought.

This could very well help launch Benny's archaeology career, but only if she lives long enough to.

Peter Grant’s dreams of becoming a London Metropolitan Police Detective are further frustrated after his superior reveals plans of assigning the Probationary Constable to the Case Progression Unit—a place where the biggest threat he’ll face is a paper cut.

His fate however changes in an instance after a perplexing killing takes place, with Peter gaining exclusive information from an eyewitness who happens to be a ghost.

When a series of strange and ruthless killings rock the city, Peter is thrown into a world where supernatural beings mingle with mortals: a world where a dark and old evil has reawakened.

The song is the first thing that Peter Grant notices while examining the dead body of Cyrus Wilkins.

An accountant during the day jazz drummer at night, Cyrus died of a heart attack while performing at the 606 Club in Soho.

When Peter however observes an eerie sign, he is certain that the man’s death was everything but natural.

With the help of Detective Chief Inspector Thomas Nightingale and the stunning jazz aficionado Simone Fitzwilliam, Peter embarks on a mission to unearth a dangerous magical force, one that takes him right to a gifted trumpet player named Richard “Lord” Grant—his own dad.

Peter Grant has thus far been a good student of magic. Other than facing off with the lethal supernatural children of the Thames, Peter has also had an encounter with a ruthless killer in Soho.

His work at the Police Force however hasn’t been as eventful. But how would it be when one works in a department of two which doesn't even officially exist?

Nonetheless, something sinister is going on in the network of tunnels that make up the tube system in London. Who better to call other than the Met's Economic and Specialist Crime Unit 9?

A terribly disfigured body in Crawley and another killer on the run, with the main suspect being one Robert Weil. Is he an associate of the twisted magician known as the Faceless Man? Or just the average serial killer?

As Probationary Constable Peter Grant struggles to figure solve the cases, he receives additional ones involving a town planner and a stolen grimoire.

When he however receives reports of something strange happening in Elephant and Castle, on a housing estate designed by a nutter, built by charlatans and inhabited by the truly desperate, Peter can’t help but wonder if there is a connection.

If so, why did it have to be South of the River?

When two young girls mysteriously disappear in the Herefordshire country, Police Constable and wizardry student Peter Grant is deployed to make sure nothing supernatural is involved.

This should be a very routine assignment, one that his superior Detective Chief Inspector Thomas Nightingale expects to take less than a day.

When Peter fails to find anything magical to worry about, he offers his services to the local police who desperately need it.

But it doesn’t take long for the Police Contable to realize that underneath the beautiful countryside are dark secrets that could very well need the help of the most junior wizard in Britain.

Neither Police Constable Peter Grant nor the Folly—London’s police department for supernatural cases—ever involves itself with cases about mysterious deaths.

Not even when such cases take place at exclusive parties hosted in some of the most expensive apartment blocks in London.

This particular case however involves the daughter of Lady Ty, a powerful goddess of the Tyburn river, and a woman who Peter owes a favor.

Suddenly thrown into an affluent and extravagant world where the basements are far bigger than the houses, where the rich can get away with anything, a young and reasonable man would simply stay out of trouble.

But this is Peter Grant we’re talking about.

Ghosts have been sighted on the London Underground. Harmless and with a look of sadness, they are nothing more than a tourist attraction.

The only problem is that other scary and hostile ghosts, seemingly in a desperate search for something, have also been sighted on the Metropolitan Line.

That sounds like the perfect job for PC Peter Grant, junior member of the Metropolitan Police’s Special Assessment and the only man in uniform whose official roles include hunting down ghosts.

Racing against time, with the help of his counterpart Jaget Kumar and Peter's wannabe wizard cousin, the wizardry student launches a desperate mission to uncover where the ghosts are coming from.

The Faceless Man, a ruthless criminal wanted for multiple counts of murder, fraud, and crimes against humanity, becomes a fugitive after being unmasked and identified as Martin Chorley.

Playing a pivotal role in a joint operation, Detective Constable Peter Grant is determined to bring the criminal to book.

As the Metropolitan Police uses all its might and resources to hunt him down, Peter shockingly learns that the Faceless Man is on the latter stages of a devious and devastating long term plan that could bring the city to its knees.
Will the wizardry student save the day once again?
Author: Ben Aaronovitch
First Release: 2018
ISBN: 978-1473207837
Publisher: Gollancz

Other than being Germany's oldest city, Trier is renowned for its wine and Roman past.

When the dead body of a man is discovered covered in a fungal rot, investigator Tobias Winter is brought in to solve the case with little personal danger and minimum paperwork.

With the assistance of local cop, Vanessa Sommer, Tobias links the first victim to a group of ordinary middle aged men.

The list of suspects is however only getting longer, even linking people born before Frederick the Great.

Getting to the bottom of this case could very mean uncovering the city's secret magical history, something that Tobias and Vanessa will only do if they stay alive long enough.

Forced to confront fatherhood and an uncertain future with both fear and excitement, Peter Grant leaves the police force to work for the Serious Cybernetics Corporation—a London start up owned by Silicon Valley tech guru, Terrence Skinner.

Now in East London Tech City, Peter must somehow fit in with individuals who are both civilians and geekier than he is; something that is still better than his old job.

A devastating secret however lurks in the building; one that stretches back to Ada Lovelace and Charles Babbage, and towards the future of A.I.

Even worse is that the secret is ruthlessly lethal.