Joe Abercrombie is an English writer.

Born in Lancaster, England, he studied Psychology at Manchester University.

Joe had always dreamt of redefining the fantasy genre, something that inspired him to begin writing the epic trilogy based around the misadventures of barbarian Logen Ninefinger.

He currently lives in Bath with his wife, Lou, daughters Grace and Eve, and his son Teddy.

The Age of Madness trilogy 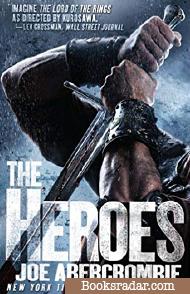 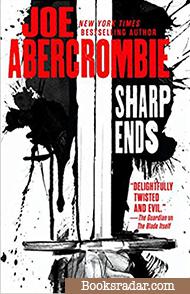 Sharp Ends: Stories from the World of the First Law
The Age of Madness trilogy 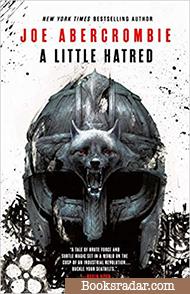 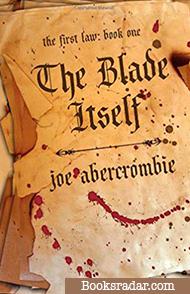 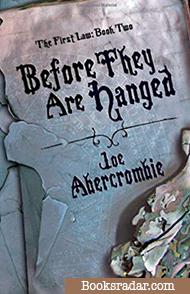 Before They Are Hanged 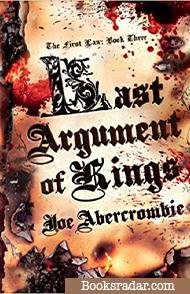 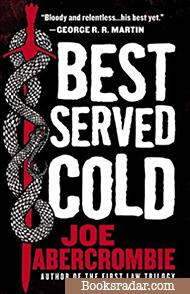 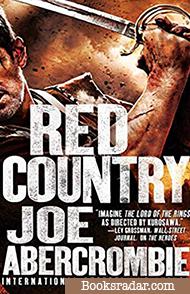 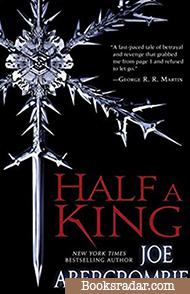 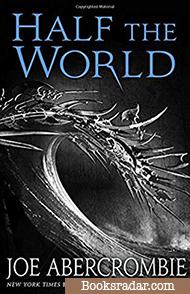 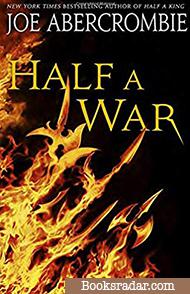 “Three men. One Battle. No Heroes.”

Black Dow is said to have murdered more men than winter; clawing his way to the throne of the North in a bloody hill of skulls. The King of the Union however won’t just stand by and do nothing as he claws his way any higher.

Discredited master swordsman, Bremer dan Gorst, doesn’t care how much blood he will spread in his quest to restore his stolen honour.

Prince Calder on the other hand will go to great lengths to acquire power, so long as he doesn’t have to fight for it himself.

No longer caring about war, Curnden Craw just wants to do the right thing.

The fate of the North will be decided in over three bloody days of battle.

Sharp Ends: Stories from the World of the First Law

1
Sharp Ends: Stories from the World of the First Law

This is a collection of short stories from the World of The First Law, bringing together content that was previously published, with award-winning tales with never-been-seen-before new short stories.

As war ravages, and betrayal thrives, words become just as lethal as the weapons.

The Age of Madness trilogy

Leo dan Brock hopes to earn his fame on the battlefield by defeating armies of Stour Nightfall, but Prince Orso, the inefficient son of King Jezal, is an expert at disappointments.

Savine dan Glokta, the daughter of the most feared man in the Union, hopes to propel to the top of society. The slums however have other plans for the socialite.

The age of the machine may be on the horizon, but the age of magic simply won’t die.

“The blade itself incites to deeds of violence.” – Homer

Notorious barbarian Logen Ninefingers is on the brink of being a dead man having made one too many enemies.

All that Captain Jezal dan Luthar, a selfish nobleman, thinks of is fleecing his friends at cards and attaining glory in the fencing circle.

Inquisitor Glokta would relish nothing more than seeing Jezal brought home in a jar. But then again Glokta hates everyone, and his most recent trail of bodies may steer him right to the spoilt nerve centre of government—should he live long enough to follow it.

Before They Are Hanged

1
Before They Are Hanged

“We should forgive our enemies, but not before they are hanged.” – Heinrich Heine

Superior Glokta has the monumental task of defending a city girdled by enemies and crawling with traitors. Being around treacherous allies is made worse given the fact that his predecessor is nowhere to be seen.

Crown Prince Ladisla is determined to drive away the Northmen who are leaving a trail of fire and blood across the frozen country. The only problem however is that he commands the most ill-armed and ill-trained group of soldiers in the world.

And Bayaz, the First of the Magi, leads a group of brave adventurers on a dangerous mission through the ruins of the past.

When three individuals make an unexpected alliance, they stand a greater chance of attaining a common goal…but only if they overlook their own detest for each other.

“Last Argument of Kings.” – Inscribed on his cannons by Louis XIV

As war ravages over the North, and the King of the Northmen remains unshaken, Logen Ninefingers might only have one more fight in him. But it will require the Bloody-Nine to come home.

Superior Glokta is waging a different kind of war. With his sword-fielding days very well behind him, his current weapons are blackmail, threats, and torture.

Jezal dan Luthar has substituted life in the battle field for a simple one with the woman he loves. But love can be painful too.

Chaos is about to hit the heart of the Union, with the King of the Union on his deathbed and the peasants revolting.

Only the First of the Magi can save the world, albeit at a very costly price.

It's Springtime in Styria, otherwise known as war time.

War has raged on for nearly two decades. The merciless Grand Duke Orso has locked horns with the squabbling League of Eight. As armies and cities are brought to the ground, bankers, priests and older, sinister forces conspire behind closed doors to choose their next king.

Monza Murcatto, the Snake of Talins, has amassed her wealth as a mercenary in Duke Orso’s ranks.

With her triumphs however making her too popular for her employer’s liking, Murcatto is betrayed and left to die down a mountain.

Seven men must face the sword, with nothing but revenge in her heart. But what happens when the most lethal assassin in the world is sent to finish the job Duke Orso started?

“Each land in the world produces its own men individually bad – and, in time, other bad men who kill them for the general good.” – Emerson Hough

When her home is burned while her siblings are subsequently abducted, Shy South sets off on a vengeful quest to reclaim her family.

Journeying with just a pair of oxen along with her faint-hearted old step father Lamb for the company, South makes a shocking discovery about her step father’s bloody past.

From a town crippled by gold fever to the unmapped mountains; they enter into a forceful alliance with Nicomo Cosca, the notorious soldier of fortune, and Temple, his good-for-nothing lawyer.

These two men should however never be trusted.

Prince Yarvi may have sworn to reclaim the throne he never wanted, but he must first survive the chains and harsh waters of the Shattered Sea with only one good hand.

Born a failure in the eyes of his father, Yarvi must use his intelligence as a weapon in a world where a strong arm and a cold heart reign.

As it were, outcasts and the lost turn out to be quite useful compared to any court of nobles .

With nothing but revenge in her heart, Thorn simply can't wait to avenge the death of her father. How then can she be labeled a murderer by the same man who taught her how to kill?

As she journeys halfway across the world to secure allies against the brutal High King, beside her is Brand, a young warrior who hates to kill.

Will Thorn forever be used by the powerful or will she form her own path?

Princess Skara must defeat her fears to reclaim her birthright.

Father Yarvi did well to move from a slave to king’s minister. The merciless Grandmother Wexen has however assembled the one of the most powerful armies; placing Bright Yilling at the very heart. Yilling bows to no god but Death.

Thorn Bathu and Raith, the sword-bearer, are arguably born to fight, and die. Brand the smith and Koll the wood-carver would however prefer standing in the light.

But when war speads, fighting evil with evil may prove to be the only salvation.