Born in England in 1975, S.J. Adams grew up in Banbury, Oxfordshire where he attended Banbury School. He later went on to pursue a Bachelor of Science degree at the University College of S. Martin, where he graduated in 1997.

A year later, Adam travelled to Australia for a working holiday before flying back home for a full-time job until 2004 when he moved back down south to Sydney.

It was while on his brief return to England four years later that Adam began working on his debut novel, The Portal to Bieldor. 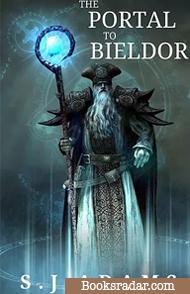 Timmy Atkins and Pete Rogers couldn't be any more different. Timmy loves books, loathes sports and generally keeps a small circle while Pete is an athlete, and quite the sports junkie. So when the two students are paired for a science experiment, their partnership quite literally becomes a recipe for disaster.

Not of their own doing however, as it is the class bully that mixes a concoction of ingredients with their experiment, thereby causing a massive explosion. While at the headmaster’s office, Pete discovers a hidden portal and steps into the abyss; prompting Timmy to follow suit seeing as he is afraid to face the headmaster alone.

Trapped in a strange world filled with mysterious creatures, the two boys become the unlikely heroes leading a rebellion to overthrow an evil tyrant in possession of the throne of Bieldor.

As they embark on the dangerous mission against various elements and malevolent creatures, they must not forget one thing—their survival will depend on their success.