Cyrus Alderwood is an American author with one of the most unique yet unconventional creative styles of writing.

Born in Fort Lauderdale, Florida and brought up in the Appalachian mountains of Virginia, Alderwood is flexible enough to write across a host of genres, from the likes of horror to comedy.

As an astute and passionate reader himself, he doesn’t exactly pledge fealty to any particular genre.

Some of his favorite authors include, John Steinbeck, F. Scott Fitzgerald, Hunter S. Thompson, Charles Bukowski, Jack Kerouac, Stephen King, Cormac McCarthy, while many more independent and self-published authors have also had an influence on his career.

Alderwood has eight books to his name. 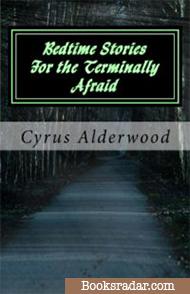 Bedtime Stories For the Terminally Afraid 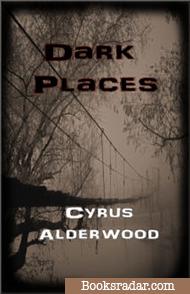 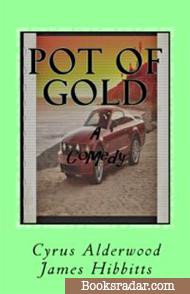 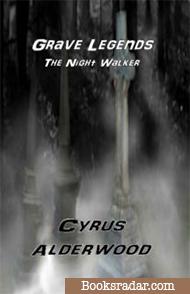 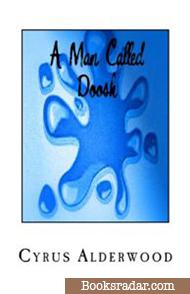 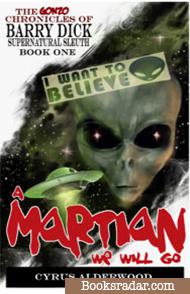 The Gonzo Chronicles of Barry Dick: A Martian We Will Go 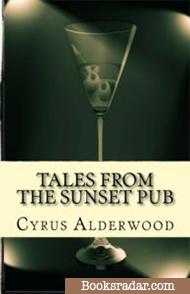 Tales From the Sunset Pub 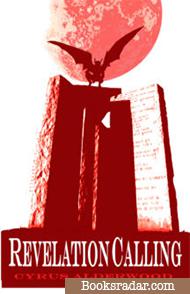 Revelation Calling: A Search For Faith

Bedtime Stories For the Terminally Afraid

This book is a collection of short stories by Cyrus Alderwood.

Full of suspense and horror, Alderwood’s storytelling abilities will leave you at the edge of your seat and at the very periphery of your mind.

The stories, which include tales about hauntings, ludicrous vampire stories, demonic possessions, ancient folklore and murder beyond the grave, have endings that you just won’t see coming.

Alderwood’s unique writing style will unequivocally leave you looking scrambling for his next book!

This is the fifth book to be authored by Cyrus Alderwood.

It is a collection of short horror stories that will push you to the very limits of your imagination.

Dark Places explores fear from the paranormal to the deepest corners of the mind, with fears both real and imagined.

Focusing on a range of diverse characters and oddly familiar situations, from the depraved recesses of the mind of a widower, to the crumbling halls of one of America's most notorious haunts; every story has its own scary unique feel that will take the reader from one rollercoaster ride to another.

Exhausted, stressed out and with a failed marriage, J.D. desperately needs a change.

His opportunity comes in the most unfortunate of ways, as it follows the death of his father.

In a single dire act of complete reckless, he decides to hit the open road and head for the trip of a lifetime; one that his dad had planned for him before passing on.

Having unwillingly gotten on the wrong side of the mob in Atlantic City, the trio of J.D., Pete and Sarah blaze a trail across country, as they propel from one comical adventure to another.

The tiny village of Pleasant Hills holds a terrible secret—a long forgotten legend that cuts across time. From the very first settlers to present day, a dark force lurks amongst them.

While on a book writing mission, two local reporters from the nearby city come across this legend; eventually deciding to unearth the truth.

Eric and Todd however find themselves running for their lives, as they attempt to evade the evil forces they agitated in a bid to get to the bottom of what really happened over two centuries ago.

Through their mission of finding out why the buried dead among them cannot rest, they will come to learn that some legends are real, and some secrets should remain hidden!

Eddie Duchesne, unfortunately nicknamed The Doosh, is a millennial with a seemingly endless string of misfortune.

He is mud stuck in a monotonous, soul crushing job after he finds out that his insurance is cancelled; leaving him with the only option of paying double the premium price in order to pacify the worries of his very pregnant wife, Melissa.

Stressed to the core, yet never short of hope, the charismatic Eddie takes a weekend job as a way of also fulfilling his childhood dream. He joins the local pro wrestling circuit, marking the birth of The Doosh!

Spending his days bored stiff in a cubicle and his nights adrenaline bumped at the gym, the sarcastic, smart-mouthed Doosh will attempt to revive the failing business; if only he can survive one beating after another!

The Gonzo Chronicles of Barry Dick: A Martian We Will Go

Buy now
1
The Gonzo Chronicles of Barry Dick: A Martian We Will Go

“When the going gets weird, the Dick gets going.”

Barry Dick is not just your average private investigator. He is the private eye of the bizarre, sleuth of the paranormal and dick of the unknown.

He may have been unemployed and suffering from an encounter with a poisonous spider, but Barry was always chill seeing that he was in sunny California and never running out of Jack Daniels to self-medicate.

In the company of the hot sister and his brother's even hotter stripper ex-wife, the trio embark on a coast to coast adventure, as they look for an extra-terrestrial vlogger who claimed to party with the Martians on the outer rim.

Throw in a couple more lizard men, crazed red-neck moonshiners and a visit to Alien-con: this case then becomes too bizarre, even by the Dick's twisted standards!

Tales From the Sunset Pub

Tales From the Sunset Pub is a varied collection of exploits that comes about when an aberrant group of friends and neighbors come together for the love of adventure, pleasant conversations and cold pints.

This collection of short stories cuts across several genres, as it takes you on a crazy ride following the usual suspects that call the Sunset Pub their second home.

From the dirty jokes by bartenders, to the vicious world of war in Vietnam, and the heat and debauchery of Las Vegas, Tales From the Sunset Pub is one place where Cheers meets The Hangover!

Revelation Calling: A Search For Faith

Zak Palmer runs into a secret world following the death of his mentor and closest friend.

While carrying out investigations on what exactly got his friend killed, Zak finds himself delving deeper into the mystery surrounding the nefarious Georgia Guidestones; something that has been a heated topic for conspiracy theorists since 1980.

When he learns the truth about the death of a local Elberton native, with trails guiding him all the way to Bohemian Grove, he realizes that he is in more trouble than previously thought.

Evading assassins that want to silence him so as to hide the secret behind who was responsible for the Georgia Guidestones and the hidden forces that rule at the Grove, Zak is on a search for truth; one that takes him a journey of discovering his faith in a dark and divisive world.

Will the truth truly set him free?