Born in Arkansas, she developed a passion for books from an early age, thanks to her grandfather.

When Katherine was five, her mother remarried, forcing her to move to Michigan where she stayed for the next decade.

They then returned to Arkansas after that, where she has stayed ever since, with the only exception being the brief spells in other states and countries while her husband was in the army.

Katherine began fervently writing after graduating from Arkansas State University with a BS in journalism.

She is a member of Romance Writers of America.

Some of her awards include the 2006 EPPIE award, the PASIC Book of Your Heart award in 2002, and her book being named Best Book of the Year by Romance Reviews Today in 2005. 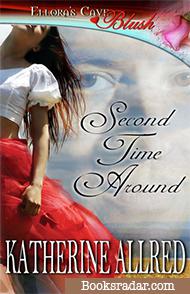 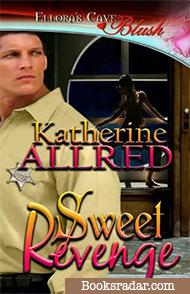 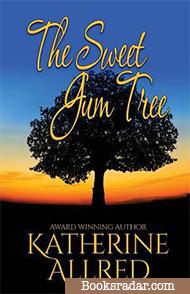 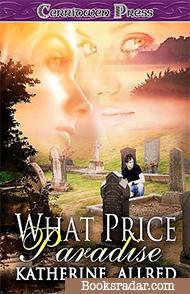 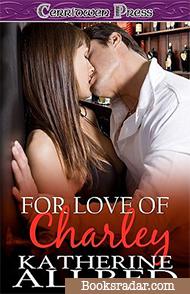 For Love of Charley
Novellas 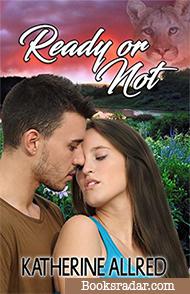 Ready or Not
Alien Affairs 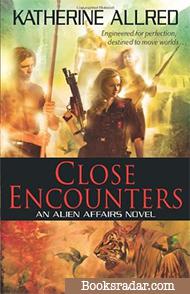 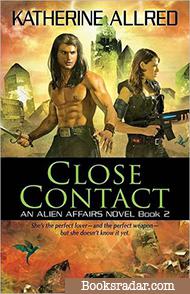 Five years ago Quinn McAllister's life was almost destroyed. While he lay in a coma from injuries sustained during an auto accident, the woman he loved divorced him. Or so his father told him. Now he's discovered that his divorce was bogus, and his whole world is spinning out of control. He's tempted to give his wife the quick divorce she wants until he finds out about the son he didn't know existed.

Now he's going back to Wyoming to claim what's his, and nothing can stop him...not his father, and certainly not his wife's fiance. It's taken Lanie McAllister five years to get over losing the man she loved with every fiber of her being. Now she's ready to move on with her life, and has even agreed to marry the local veterinarian until Quinn gives her an ultimatum.

Give them three months to try to mend the marriage his father tore apart, or he'll fight her tooth and nail for custody of their son. Torn between the man her heart has never quite forgotten and the man she's engaged to, Lanie can only pray that love will truly be better the second time around.

Former fat girl Jessie James has returned to her small hometown to open her own dance studio, something she's always dreamed of. Driving the local sheriff and former high school football star, who used to ignore her, crazy with lust is a side benefit she hadn't counted on. But revenge is sweet when all the sheriff can think about is frisking the delectable Ms. James.

After the hell his ex-wife put him and their daughter through, getting involved with another woman is the last thing Chase Martin wants. His body has different ideas, though. And after all, when an outlaw like Jesse James moves into the house behind his, the sheriff has an obligation to keep his eye on her. Right? To his surprise, this outlaw steals more than his body. She captures his heart, too.

Sweet tea, corn bread, and soup beans—everyday fare for eight-year-old Alix French, the precocious darling of a respected southern family. But nothing was ordinary about the day she met ten-year-old Nick Anderson, a boy from the wrong side of town. Armed with only a tin of bee balm and steely determination, Alix treats the raw evidence of a recent beating that mars his back, an act that changes both of their lives forever.

Through childhood disasters and teenage woes they cling together as friendship turns to love. The future looks rosy until the fateful night when Frank Anderson, Nick's abusive father, is shot to death in his filthy trailer.

Suddenly, Nick is gone—leaving Alix alone, confused and pregnant. For the next fifteen years she wrestles with the pain of Nick's abandonment, a bad marriage, her family and friends. But finally, she's starting to get her life back together. Her divorce is almost final, her business is booming, and she's content if not happy—until the day she looks up and sees Nick standing across the counter. He's back…and he's not alone.

Once again Alix is plunged into turmoil and pain as Nick tries to win her love, something she resists with all her strength. Only one thing might break the protective wall she's built around her emotions—the truth about Frank Anderson's death. But when that truth comes out and those walls crumble, neither Alix nor Nick is prepared for the emotional explosion that could destroy as well as heal.

All his life Tate McCullom has been taught to be responsible, and he is the very model of what a respectable man should be. Until the night he gets drunk and sleeps with a woman he barely knows.

Now, six weeks later, she's pregnant, alone, and broke. Once again, Tate must take responsibility for his actions, and makes plans to marry his child's mother. There's only one problem...he has to tell his fiancée.

Abby Grayson hasn't had an easy life. As the daughter of the town whore, people either avoid her or think she's like her mother. For Abby, it's a struggle just to fill her belly and keep a roof over her head.

Loneliness and a secret yearning for this man she thought she'd never have led her to spend the night with Tate. But the last thing she needs is a baby when she can barely take care of herself. Desperate, but too proud to ask for help, she finally agrees to accept a job from Tate - the job of being his wife. Now she has almost everything she's ever dreamed of.

Unfortunately, only one thing will gain her Tate's love - his realization that the night he spent with her was no drunken accident. It was a last-ditch attempt to win the woman he really wanted.

It's been ten years since Cole Jordan was run out of Canyon Bend, ten years he spent accumulating a vast fortune. Now he's back with only one goal in mind. To win the woman he left behind, the woman he never forgot. This time, not even her wealthy, overprotective uncle will stop him. Because everything he's done, he's done for love of Charley. After Cole made passionate love to her one night, he vanished without a word, so Charley doesn't trust him worth a damn when he reappears. Especially when she discovers it's his company that bought half of her business, the Red Dog Saloon.

But Cole has big plans for the town that once shunned him, and as Charley finds herself working with him daily, the love she's tried so hard to suppress blooms again. Only one thing stands in their way; Cole's refusal to tell her why he left so abruptly. While they fight their way back to each other, outside influences work to keep them apart at any cost...even death.

Luke Connors doesn't believe in love, much less love at first sight...until she pulls him over to issue a summons for speeding. Suddenly, he can't breathe, and his speed has nothing to do with it.

To Samantha Denning he looks shifty. Or maybe drunk. Either way, she's just the cop to get to the bottom of this dilemma. Even if it means risking her heart.

Kiera Smith is not like ordinary Genetically Engineered Persons . . .

The Bureau of Alien Affairs needed a special GEP agent with empathic abilities to handle their most extraordinary assignments—and a rogue geneticist saw to it that Kiera fit their specifications. But she turned out stronger, faster, smarter, and more impervious to harm than anyone anticipated. A reluctant "superhero," Kiera wishes she were normal, but it is not to be.

On Orpheus Two, the indigenous Buri race faces extinction, a prospect the powerful Dynatec corporation welcomes and, in fact, may be actively hastening. It is Kiera's job to protect these beautiful, exotic aliens . . . and to discover what there is on Orpheus Two that Dynatec feels is worth killing for.

But the magnetic allure of Thor, the breathtaking Buri leader, is proving a dangerous distraction. And now, to save Thor's people, Kiera will need a power she's never before possessed—something hidden in the unexplored recesses of her heart.

A Genetically Engineered Person and self-proclaimed "party girl," Echo Adams loves her diplomatic job entertaining alien bigwigs for the Galactic Federation. But the Bureau of Alien Affairs has discovered she's much more than she thinks-that a rogue scientist endowed her with skills and psi abilities dwarfing those of common GEPs. And suddenly Echo's luxury life is over, replaced with a far more dangerous one: a special agent expected to not only chase bad guys, but eliminate them.

Echo's hates being stuck on Madrea-a planet of technophobes off limits to Federation visitors-hunting for a stolen quartz crystal with a powerful alien lifeform embedded inside. She despises the Bureau's restrictive rules-especially the one warning her away from the dangerously seductive Commander of the King's Forces. And if she doesn't learn how to use her alleged super-psi powers soon, her partying days-in fact all of her days-will be over for good.