She is best known for writing The Widow (2016), the first book in the Kate Waters series, which was published in 36 countries.

Barton began her career as a journalist, where she worked as a senior writer at the Daily Mail and a news editor at the Daily Telegraph.

She also worked as a chief reporter at The Mail on Sunday, where she was named Reporter of the Year at the National Press Awards, before leaving her job to volunteer in Sri Lanka.

Since 2008, Barton has trained and worked with exiled and threatened journalists all over the globe.

Her experience as a journalist reporting on infamous crimes and trials inspired her to write crime fiction.

Barton currently lives with her husband in south-west France. 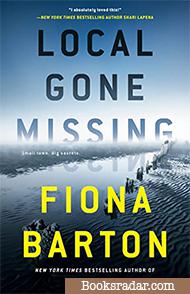 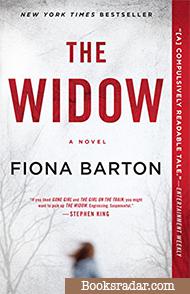 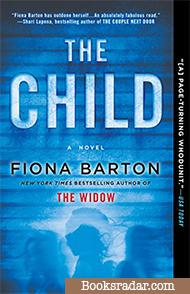 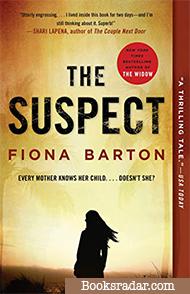 Elise King is a successful and ambitious detective—or she was before a medical leave left her unsure if she'd ever return to work. She now spends most days watching the growing tensions in her small seaside town of Ebbing—the weekenders renovating old bungalows into luxury homes, and the locals resentful of the changes.

Elise can only guess what really happens behind closed doors. But Dee Eastwood, her house cleaner, often knows. She’s an invisible presence in many of the houses in town, but she sees and hears everything.

The conflicts boil over when a newcomer wants to put the town on the map with a weekend music festival, and two teenagers overdose on drugs. When a man disappears the first night of the festival, Elise starts digging for answers. Ebbing is a small town, but it's full of secrets and hidden connections that run deeper and darker than Elise could have ever imagined.

There’s a lot Jean hasn’t said over the years about the crime her husband was suspected of committing. She was too busy being the perfect wife, standing by her man while living with the accusing glares and the anonymous harassment.

Now her husband is dead, and there’s no reason to stay quiet. There are people who want to hear her story. They want to know what it was like living with that man. She can tell them that there were secrets. There always are in a marriage.

The truth—that’s all anyone wants. But the one lesson Jean has learned in the last few years is that she can make people believe anything...

As an old house is demolished in a gentrifying section of London, a workman discovers human remains, buried for years. For journalist Kate Waters, it’s a story that deserves attention. She cobbles together a piece for her newspaper, but she's at a loss for answers. As Kate investigates, she unearths connections to a crime that rocked the city decades earlier. A newborn baby was stolen from the maternity ward in a local hospital and was never found.

But there is more to the story, and Kate is drawn—house by house—into the pasts of the people who once lived in this neighborhood that has given up its greatest mystery. She soon finds herself the keeper of unexpected secrets that erupt in the lives of three women—and torn between what she can and cannot tell…

When two eighteen-year-old girls go missing in Thailand, their families are thrust into the international spotlight: desperate, bereft, and frantic with worry. What were the girls up to before they disappeared?

Journalist Kate Waters always does everything she can to be first to the story, first with the exclusive, first to discover the truth—and this time is no exception. But she can’t help but think of her own son, whom she hasn’t seen in two years, since he left home to go travelling.

As the case of the missing girls unfolds, they will all find that even this far away, danger can lie closer to home than you might think...