Jenn Bennett is an American award-winning author of young adult novels, and writer of fantasy and contemporary romance books.

Born in Frankfurt, Germany, she holds a Bachelor of Fine Arts in Painting and also pursued a master's degree at Louisiana State University

The child of a U.S military veteran, Jenn has lived across the United States, on top of travelling broadly throughout Europe, China, Taiwan, and Hong Kong.

A gifted painter, she currently resides near Atlanta with her husband and their two dogs. 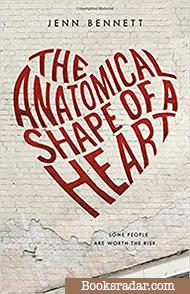 The Anatomical Shape of a Heart 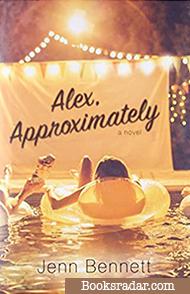 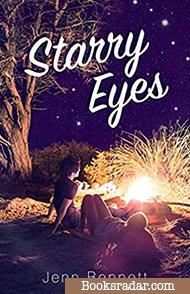 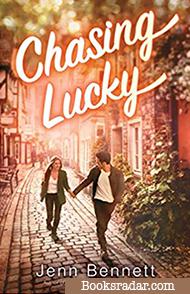 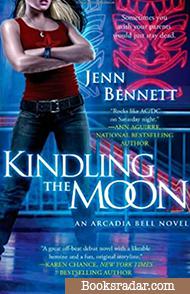 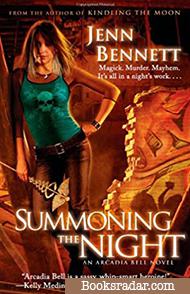 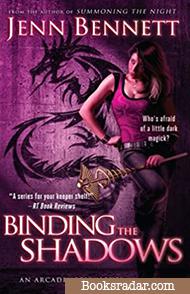 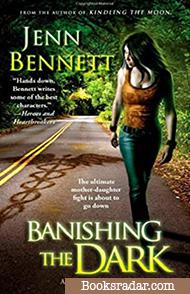 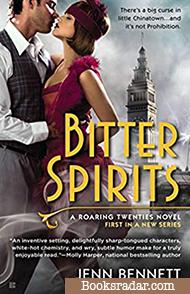 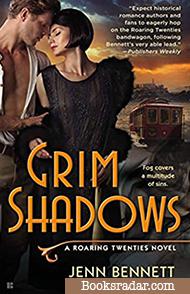 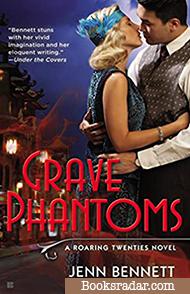 The Anatomical Shape of a Heart

Buy now
Like
The Anatomical Shape of a Heart

During the summer before her senior year, Beatrix Adams plans to summon her inner Da Vinci and draw actual corpses in an effort to win a museum-sponsored scholarship contest.

Her world however turns on its head after she crosses paths with a mysterious boy.

Jack is delightful, incredibly handsome and perhaps among the most infamous graffiti artists in San Francisco.

On late night buses and city rooftops, Beatrix starts to see the real Jack and attempts to unmask the secrets that have scarred his life.

Will the ghosts of his past return to haunt him? Or will Beatrix’s dark family secrets tear them apart?

NB: This book was previously known as Night Owls.

A keen lover of classic movies, Bailey “Mink” Rydell has for months been attracted to a hilarious film aficionado online known as “Alex.”

Although a country mile apart, the teenagers are brought closer together after Bailey goes to live with her father in California.

Uncertain about how her crush may turn out to be, she doesn’t inform him that they’re in the same city.

Hired at a local museum that is a tourist favorite, Bailey can’t stand the attractive museum security guard, Porter Roth, who keeps jeering her.

As time goes by, will Bailey hold onto her perfect online crush, or risk it all with Porter?

Zorie and Lennon turned from best friends to foes after last year’s homecoming dance. So the fact that their families are the present day versions of the Montagues and the Capulets doesn’t really mean a thing.

As the two archrivals head off to a group camping trip, things go terribly wrong.

Lost in the wilds together, Zorie and Lennon are forced to work together in order to make it out safely.

As they struggle to find their way out of the wilderness, secrets and hidden feelings are exposed.

Can their re-established chemistry live beyond the vicious Northern California wilderness? Or was it just the fresh air and mystical stars?

Birdie Lindberg, a connoisseur of mystery books, has a wild imagination.

Brought up in seclusion and homeschooled by her firm grandparents, she is the brave detective in her imaginary life and every stranger is a suspect.

She however comes out of her shell when she finds a job at a famous hotel in Seattle hotel right before joining college.

Crossing paths with Daniel Aoki, the hotel’s charming van driver, the two realize that they have more similarities despite having an embarrassing first encounter.

As they endeavor to uncover a mystery of a renowned author meeting a strange figure in the hotel, Birdie will learn that the biggest mystery could be her feelings for Daniel.

Knowledgeable about some of the most desired artifacts in the world, Theodora would love nothing more than to join her father in his treasure-hunting adventures.

That however doesn’t happen, as her father prefers to go with his young apprentice Huck Gallagher; someone Theodora used to have a huge crush on.

When her father however mysteriously vanishes, Huck and Theodora head on a mission to look for him.

As it turns out, her father disappeared while searching for the mystical ring of Vlad the Impaler, popularly known as Dracula.

Although finding the ring may lead to finding her father, the infamous relic is also being sought after by sinister figures that will do whatever it takes to claim it.

Josie Saint-Martin, a promising photographer, has been moving from one city to another with her single mother for quite a while now.

Although they return to their New England hometown years later to take over the family bookstore, Josie is certain that her future is elsewhere.

Her world however turns upside down when she meets bad boy Lucky Karras.

Nothing like the good friend she had during her childhood years, Lucky totally ignores Josie—until a catastrophic pool party brings them closer.

Uncertain over why Lucky took the blame for her mistake, Josie confronts him and the two rekindle their connection.

It turns out Lucky isn’t the menacing bad boy after all.

There’s nothing easy about being the offspring of two notorious occultists and supposed killers.

Unconstrained magician Arcadia “Cady” Bell is however an expert when it comes to making the best out of the most unpleasant of situations.

Having been on the run for nearly a decade, Cady returns disguised as someone who serves drinks at the demon-friendly Tambuku Tiki Lounge.

When a video recording of her infamous parents is discovered, Cady is given the option of either surrendering or clearing their names.

Desperate to find the evasive Æthyric demon, who is the only witness who can help, she joins forces with mysterious and gifted demonologist, Lon Butler.

Will Cady manage to exonerate her parents?

Arcadia “Cady” Bell thinks that things are back to normal after her recent adventure, as she returns to running affairs at the demon-friendly bar.

But as she prepares for Halloween, the busiest event of the year, a vindictive kidnapper unleashes terror on the community.

Summoned to hunt down the sinister spirit by the leader of the local Hellfire Club, Cady accepts, given that she’s now dating Lon Butler—the club’s headstrong son.

Although they uncover clues that have been around for three decades, tracking down the person behind the horror will require the help of some powerful figures.

Will she solve it before the last victim vanishes and her buried secret returns to haunt her?

Not long after rescuing the children of Hellfire Club from the local bogeyman, Arcadia “Cady” Bell and her demon boyfriend Lon Butler are troubled after Lon’s teenage son develops new mystical gifts.

Jupe Butler thinks that he can make anyone do anything.

Determined to uncover the limits of Jupe’s new abilities, Cady requests the co-owner of Tambuku Tiki Lounge to be the subject of her experiment during an afternoon cruise on a yacht.

When a terrible storm however brews in the Pacific, and Jupe endangers them all, will Cady’s abilities save the day?

The year has been everything but nice for unconstrained magician Arcadia “Cady” Bell.

Things get worse for her when her items are stolen from her demon-friendly bar by Earthbounds who possess strange demonic abilities beyond anyone’s imagination.

Determined to unleash vengeance, Cady and her demon boyfriend, Lon Butler, embark on a quest to hunt down the perpetrators.

But as it soon turns out, the robbers aren’t the only ones undergoing unnatural changes.

Will Cady manage to find the robbers before her own metamorphosis ruins everything?

Life is nothing but chaos for unconstrained magician Arcadia “Cady” Bell.

Left with no other option but to look into her puzzling birth, Cady must not only unmask the dark spell unleashed by her parents during her birth, but also find a way to revoke it.

Whereas she and her demon lover Lon Butler set off on a mission through her mystical past, Jupe, Lon’s teenage son, likewise begins digging for information on his own.

As more family secrets are exposed, each more sinister than the last, Cady turns from a Moonchild to a fugitive.

Aida Palmer is onstage exhibiting a spirit medium show at the renowned Gris-Gris speakeasy in Chinatown. Her gift is however not a mere act.

Infamous bootlegger Winter Magnusson prefers guns to ghosts. He however isn’t in luck, as he becomes the victim of a malevolent hex that turns him into a magnet for hauntings.

When Aida is brought in to offer her professional assistance, things start getting heated after the delightful Winter enchants her.

As they look for the person who casts the ghosts on Winter, the two become entangled in a romantic affair.

But as time goes by, they learn that they have their own ghosts to cast out.

He is convinced that it will reap greatly when sold to some of the richest people in San Francisco, until the good-looking Swede crosses paths with the rigid daughter of his patron.

Damned by dangerous spirits, curator Hadley Bacall always tries to maintain her cool in order to keep the spirits that possess her at bay.

The only problem is that Lowe is making her loose her mind, while her father needs the amulet he is conveying.

Although Hadley can feel the might of the relic, she is oblivious of the annihilation and passion it’s about to trigger.

Her dreams of an effortless get together are however shattered after a devastating storm crashes a yacht into her family’s docks.

Even stranger is the fact that the yacht vanished a year ago, with its survivors acting mysteriously.

Bo has been a loyal servant of the Magnusson family for the longest time.

Although Bo has managed to avoid the forbidden Astrid, things change after she has a terrible dream about the vanished boat.

As the two seek to solve the mystery, they’ll learn that fighting their impermissible love will be tougher than fighting the danger that lurks.