She currently lives in Oregon with her husband, son, a misbehaving black lab.

Whenever she isn’t chasing after her young child, Jennifer can be found binge-watching shows on Netflix or writing in the office.

She loves llamas, DQ Blizzards, and the planner aisle at Michael’s. 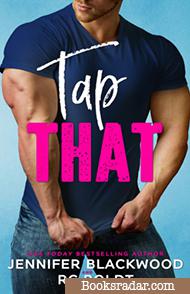 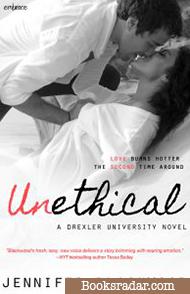 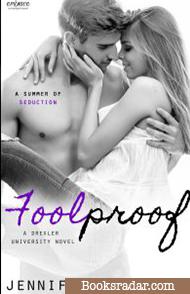 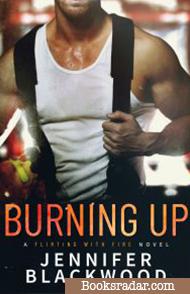 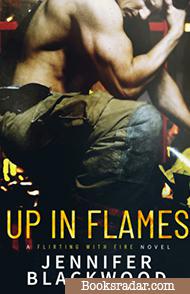 Up in Flames
Rule Breaker Series 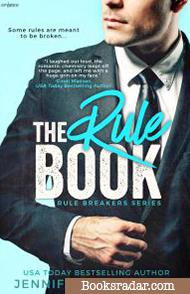 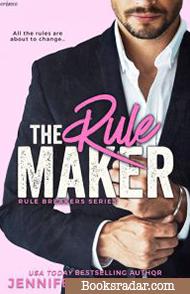 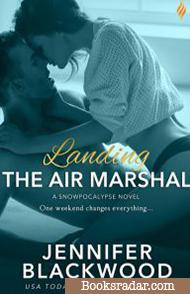 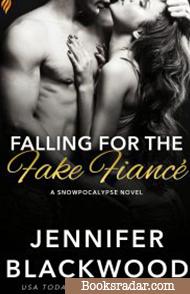 Falling for the Fake Fiancé

CALLIE
I have a secret.
If my boss ever learns of it, I won’t be having a job anymore.
The only problem is my colleague Reid Morgan.
Arrogant, annoying and sinfully attractive, he makes me want to hit him and let him hit me in bed.
He has uncovered my secret.
And now, he is determined to take my job.

REID
I have a problem.
My tiny and fierce colleague is determined to run away with my promotion.
Annoying and wickedly sexy, staying away from her is seemingly a tall order.
We are both fighting for the same thing, but only one of us will emerge victorious.

Nothing has ever been the same again for Payton Daniels after a medical scandal emerged involving her family two years ago.

Upon graduation, she walked away from everything, including her family, her high school love, and the mystery regarding the demise of her mom.

Although anonymous, her identity is compromised when she learns that Blake Hiller, her ex, has registered himself in the same medical ethics class.

On top of that, the two also secure the same internship.

Brought together again by fate, their chemistry is reignited.

But what becomes of Payton’s future when she is asked to testify in her father's high-profile trial?

"A summer of full of desire."

Jules Carmichael desperately needs to clear the mess in her life.

Nothing about school has been good, she has been to rehab, and the worst part is that she no longer has her summer job.

Her only hope of employment is working at Office Jax, home of dreadful 90s music and the most colossal jerk she knows.

Still reeling from a terrible breakup and taking time away from college, Ryan DeShane is looking for the perfect summer fling.

With his sights fully set on Jules, it won’t take long before his foolproof plan begins to untangle.

Jobless school teacher Erin Jenkins returns to Portland for the summer after a decade.

However, her last days of summer are everything but fun, as she is not only struggling to find work, but is also evading her prying mother.

So when she is requested to accompany her brother’s best friend to a wedding, things start getting exciting.

Jake Bennett is a firefighter, a single father and Erin’s biggest crush.

Although he isn’t one for romance, having shielded his heart from the world, he and Erin decide to enter into a no-strings attached relationship.

But what happens when they fall in love, and Erin’s summer comes to an end?

Sloane Garcia and Reece Jenkins have had a feud ever since he was a terrible jerk on that forgettable night.

She couldn’t care less that he is smug and sexy.

So when she discovers that he is being auctioned at the yearly firefighter’s charity event, Sloane sees this as an opportunity to make him pay.

Reece had his reasons for what happened that night.

Having been won at the action by Sloane, his job is to fulfill four of her wishes in four weeks.

Although he is used to storming into blazing buildings on the regular, nothing could prepare him for the fire that Sloane sparks in him.

This is the Starr Media Second-Assistant Guide for Survival.

1. Never refer to your sexy boss as the antichrist to his face.
2. Never gaze at his hypnotizing package or his tatted sleeve.
3. Never get on the wrong side of the spiteful first assistant.
4. Ensure that you memorize the 300-page employee manual.
5. If your cashmere means anything to you, stay away from the boss’s dog.
6. Never fall for the boss’s cute dimples.
7. Whenever you show up for key meetings half dressed, never say it’s because “The elevator ate your clothes”.
8. Always follow the first seven rules, more so during the first week.
9. Never fall for the boss.
10. Never forget the rules.

There are a number of things that I would love to say to Ryder Covington...

I detest you far more than a hole in my best pair of leggings.

Your smirk is enough to make me belt out all manner of shouty caps.

Your attractiveness ends the moment you open your mouth.

Stop giving me that look. You’re never taking my panties off.

Saying these things would be the cherry on the cake.

I'm also up for a promotion.

My boss instructed me to give Mr. Covington whatever he wants.

Only that he wants me; something he’ll never get.

Being an Air Marshal, I only follow two rules: ensure the safety of everyone, and remain professional at all times.

My rules however go out the window the moment I get seated next to a sexy blonde on the plane.

Her name is Abby Winters, and I can’t help but get absorbed by her uptight librarian clothes.

And when she holds onto me during turbulence, there’s no telling what will happen next.

Having a quick moment of passion in the air is amazing.

But what happens when we land and still can’t stay away from each other?

Falling for the Fake Fiancé

But when her daughter joins a prestigious school, Jill finds herself desperately needing some money.

Her late Grammy left her an inheritance, one which she’ll only receive if she is married by her thirtieth birthday—which is only two months away.

Returning from the army to help his father’s struggling business, Aaron Collins crosses paths with Jill at a single's mixer.

Upon meeting, he learns about her worries, and devises a plan to help her; one that involves getting secretly married and having some naughty fun until he leaves town.

But what happens when Aaron gets attached?