Born in Phoenix, Arizona, she double majored in English and History at The College of William & Mary in Virginia.

Alex later moved to New York City where she worked as an editorial assistant in children's book publishing before moving to marketing. She went on to become a full-time writer six years later.

Her books have been translated into more than 15 languages across the globe.

Alex currently lives in a book-filled house in Arizona with her tiny pup, Tennyson. 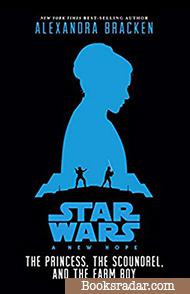 The Princess, the Scoundrel and the Farmboy 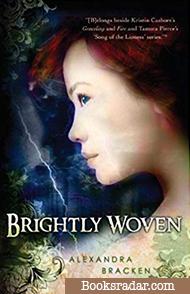 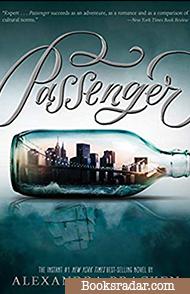 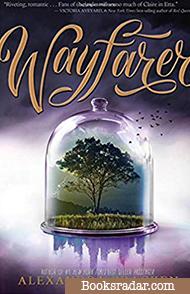 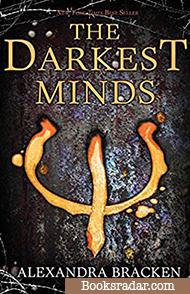 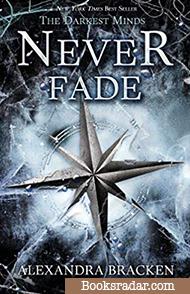 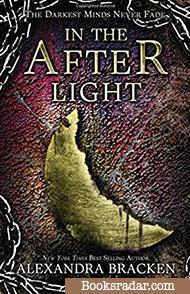 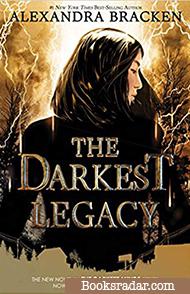 The Darkest Legacy
The Dreadful Tale of Prosper Redding Series The Dreadful Tale of Prosper Redding 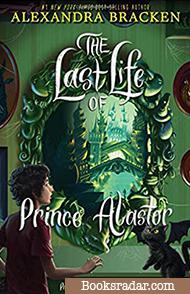 The Last Life of Prince Alastor

The Princess, the Scoundrel and the Farmboy

Buy now
1
The Princess, the Scoundrel and the Farmboy

The galaxy is at war.

The Rebel Alliance may have triumphed in a few battles against the Empire, but hope remains scarce.

The Empire is on the verge of completing the Death Star, arguably the greatest weapon the galaxy has ever seen.

For the Rebels, their only realistic chance of defeating it lies in the unexpected hands of a princess, a scoundrel, and a farm boy.

This is an enthralling retelling of Star Wars: A New Hope like none that you have ever experienced before by New York Times bestselling author Alexandra Bracken.

Sydelle Mirabil is a gifted 14-year-old weaver who dreams about life outside the confines of her small village. Nothing out of the ordinary ever happens to her, until a mysterious young wizard named Wayland North appears and solicits for her help.

The wizard has a devastating secret that could end a war between kingdoms, but only if he arrives at the capital in time to spread the news.

As Sydelle and North embark on a desperate race against time to deliver their message, they face great opposition from unusually harsh weather and a dark wizard who will go to great lengths to see them fail.

Violin genius Etta Spencer loses everything she knows and loves one terrible night. Now in strange world, she inherits a legacy she knows nothing about from a family she has never heard of—until now.

Nicholas Carter, who lives at sea, couldn’t have it any other way, given how he is free from the brutality of the powerful Ironwoods family. His past however comes back to haunt him after a strange passenger by the name Etta Spencer, arrives on his ship.

The Ironwoods are on a desperate search for a stolen object of immense value, an object they believe only Etta can find.

To protect her, Nicholas must do whatever it takes to ensure Etta brings back the object to them – whether she wants to or not.

Etta Spencer never knew that she was a traveler until the day she moved several miles and years from her home.

She however gets stuck once again after the powerful object that was her last remaining hope of saving her mother is stolen. Matters are worsened by the fact that she is separated from Nicholas, the eighteenth century privateer she has given her heart to.

Stumbling upon the renegade travelers who stole the astrolabe from her, Etta vows to destroy the object for good, only to be distracted by the fact that Henry Hemlock, their leader, is her father.

Having survived the strange disease that killed most of the children in America, Ruby is sent to a terrible government “rehabilitation camp” named Thurmond. She and other children however end up having incredible abilities beyond their control.

Ruby, now sixteen, is lethal. Upon learning the truth, she escapes Thurmond, desperate to find East River which provides refuge to children of her kind.

She then joins a group of kids under the leadership of Liam—a guy who is falls in love with Ruby.

Getting attached is however a luxury she can’t afford, given what happened to her parents.

A great shock however awaits them in East River.

Ruby never asked for her abilities.

Entrusted with an explosive secret, she leaves behind the kids in the Children”s League who call who call her their leader, and takes off on a perilous mission.

Deadly information about the disease that wiped out most of the children in America, and turned the likes of Ruby into monsters, has somehow survived despite several attempts to destroy it.

The secret lies in a flashdrive in the possession of Liam Stewart, the boy who Ruby once thought would be the light in her dark life.

Ruby would stop at nothing to ensure that she protects the people she loves.

Will she risk losing herself just to win the war?

Left in runs after the economic crash, Gabe's only option of escaping from his tragic past is to walk away from his tiny town and attempt to become a skiptracer.

This nearly-impractical task is further complicated by his first 'score', a young girl who won’t speak, yet alters the course of his life in ways he never thought possible.

Buy now
1
In The Afterlight

There is no turning back for Ruby. Wounded by loss, she and the kids who survived the government’s attack on Los Angeles move north to regroup. In their company is Clancy Gray, the president’s son, and one of the selected few with abilities like hers.

Given that Ruby is the only one who has power over him; she has to keep him in check, lest he destroy everything.

They have evidence of a government conspiracy regarding IAAN, the disease that killed a huge portion of children in America and turned others like Ruby into monsters.

Internal problems may however ruin their only chance of freeing the Psi kids still held in the “rehabilitation camps”.

Sam never thought that things could get any worse than they already were at Thurmand rehabilitation camp, until the Reds arrived.

Whereas everyone believed that the kids with firepower had been killed years ago, they had actually been taken away, brainwashed, and returned in the form of brutally effective guards.

Sam is shocked at the realization that she knows one of them: Lucas, the one spark of light in her dark childhood.

Lucas however holds a terrible secret.

When Sam is ambushed by a horrible PSF guard and handed a punishment, Lucas must put everything on the line if he is to rescue her.

Through the Dark is an amazing collection of stories set in the world of The Darkest Minds Series by the New York Times best-selling author Alexandra Bracken.

This collection contains three novellas, namely In Time, Sparks Rise, and Beyond the Night.

IN TIME: left in ruins after the economic crash, Gabe’s only option is to leave his tiny town behind and to attempt to become a skip tracer in order to escape his tragic past.

SPARKS RISE: Sam never thought that things would get worse at Thurmond rehabilitation camp, until the Reds arrived.

BEYOND THE NIGHT: upon leaving camp, Mia’s only motive is to find her beloved older brother Lucas. Nothing is however as simple as it seems.

Five years have passed since the destruction of the rehabilitation camps that housed Suzume "Zu" Kimura and other numerous Psi kids.

Seventeen-year-old Zu takes over the role of spokesperson for the interim government, advocating for the rights of Psi kids against an increasing wave of prejudice.

However framed for committing a terrible crime, Zu—not for the first time—runs in order to stay alive.

But to absolve herself, Zu forms an unsettling alliance with Roman and Priyanka, two strange Psi capable of either proving her innocence or stabbing her in the back.

The Dreadful Tale of Prosper Redding

Buy now
Like
The Dreadful Tale of Prosper Redding

Prosper Redding is no exceptional figure in his old and eventful family history—until he makes the shocking discovery that a demon lives inside him.

It turns out that one of Prosper's forefathers made a deal with a malefactor—a demon who exchanges wealth for eternal slavery—only to break it. Eight-hundred-year-old Alastor however isn't the forgiving type.

The fiend returns, determined to destroy the family that betrayed him after he ensured their success, with just a matter of days to break the curse.

Prosper however won’t be tricked into making a contract. But what he doesn’t know is that the malefactor gains more control over his body with every passing night.

The Last Life of Prince Alastor

Buy now
Like
The Last Life of Prince Alastor

Prosper Redding and Prince Alastor of the Third Realm were bound together by an act of fate three hundred years ago.

Alastor promises to guide Prosper through the demon realm, but only if he makes a deal with the malefactor residing in him, promising to serve him forever in the afterlife.

Given that Prosper’s sister is in the claws of the dark queen Pyra, he reluctantly agrees.

Their arrival in Alastor's demonic home is however greeted by the shock that the low ranking fiends have dethroned the ruling malefactors, while an unstoppable force named the Void effortlessly destroys the realm.

Only one person can save the fiends: that person is Pyra.