Mark Burnell is a British screenwriter and author of mystery and thriller novels.

He is best known for writing the Stephanie Patrick mystery series.

Born in Northumberland, England and raised in Brazil, Mark tried a number of different jobs upon returning to the UK, before finally settling on full-time writing.

His book, The Rhythm Section, the first installment in the Stephanie Patrick series, was adapted into a film starring Blake Lively and Jude Law.

The film was produced by EON Productions, the company that makes the James Bond films.

Mark currently resides in London with his wife and children. 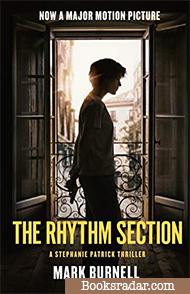 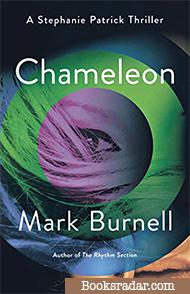 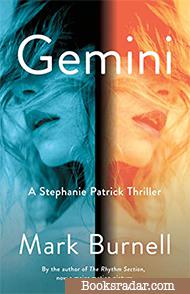 A debut horror novel which follows a man who has everything until he starts to perform miracles and is sought by the sick, exploited by opportunists, hounded by the media and haunted by a maniac.

A novel about an attractive but bloodthirsty female vampire and her downfall.

The crash destroys Stephanie Patrick's life: her family was on board and there were no survivors. Devastated, she drops out of college and her life spins out of control as she enters a world of drugs and prostitution--until a journalist discovers that the crash wasn't an accident. There was a bomb planted on the plane. Filled with rage, and with nothing left to loose, she focuses on one goal: revenge.

The opportunity to obtain it arrives quickly when Stephanie is approached and recruited by an extremely covert intelligence organization. She is young, smart, and beautiful--and has no family, making her the perfect candidate.

The organization offers her a deal. She must undergo rigorous training; learn how to control her heart rate and breathing ("the rhythm section"); and learn how to efficiently use weapons. Then, she will assume a new identity and commit acts of terrorism on behalf of the organization.

When she completes these assignments successfully--and proves her loyalty--she will be offered the opportunity to take out the terrorists who brought down flight NEO027. She has nothing to lose.

As "Petra," a mercenary terrorist based out of Germany, and as "Marina," an international businesswoman based in London, she enters the brutal world of international espionage, and adapts quickly. She is able to numb her feelings and act on instinct alone.

But as the stakes get higher, Stephanie begins to question what her value really is. Is the organization telling her the truth--do they know who caused flight NEO027 to explode? Or are they using her for some other agenda? More important: Is avenging her family worth the price she is paying? And if it isn't--will the organization that created her let her go?

What do you do when you finally see who you really are―what you really are―and it’s everything society rejects? You tell yourself it can’t be true. That’s what you do, that’s the first thing. And maybe it’s what you continue to do. But not me. I’d already lied to myself for long enough. When the moment came, I stopped pretending I was someone else and chose to be the real me instead. I chose to be honest.

Stephanie Patrick was trained to infiltrate and to kill, but she thought she’d left that life behind. Now, the shadowy and powerful organization known as Magenta House has recalled her for what she thinks will be one last assignment―a job that may set her free, allowing her to pursue a new life.

Konstantin Komarov, who made his fortune through the turbulent years of the post-Soviet era, is a master dealmaker. He now sits at the heart of an international financial empire and is as comfortable in Manhattan as he is in Moscow or Magadan. Like Stephanie, he wants to leave his deeply scarred past behind, but will the connections that helped make him rich let him go?

Komarov is dangerous, Stephanie is lethal. They are both chameleons. Working in the shadows, they have survived by adapting, whatever the circumstances, in worlds so brutal, violent, and full of betrayal, that they have trusted nobody but themselves. Brought together by their intersecting objective---the mysterious cypher Koba―things soon become very personal. Will finding Koba force them together or pull them apart?

Around the world, my face has many names. Long ago, when I was a complete person, I was somebody called Stephanie Patrick. But almost nobody remembers her now. Sometimes, not even me.

Stephanie Patrick has left behind the dark world of spies, lies, and aliases, to live a normal civilian life in London. But then a shocking discovery envelops her, forcing her back into her former life. Scientific and weapons secrets and personnel are being sent via the people-smuggling routes from China, through Albania and the former Yugoslavia to Europe and Britain.

Stephanie's personal feelings for one of the victims of this trade causes her to make a rare professional mistake, and the consequences are far-reaching, vicious and challenging, even for her skills and expertise.

NB: This book is also known as Zoo Station.

Petra was an identity handed to Stephanie. A shell to inhabit. And in those days there had been a boss. A man who had regulated every aspect of her life. But as time passed, flesh and fabric had merged and Stephanie had become Petra. Or was it the other way around?

Icily professional, Stephanie has been living life as her alias―the professional terrorist Petra―to the fullest. Having completed an intelligence contract in St. Petersburg she returns home, but civilian life eludes her when she is lured to France by the call of a friend in need. In Paris, a bomb blast triggers a chain of events which contaminates every aspect of Stephanie's life. It's clear that she's been betrayed. But by whom?

Before she can run from the threat, she must identify it. Stephanie saves herself by taking a hostage, but soon the tension between captive and captor accelerates dangerously beyond her control. As powers shift critically, Stephanie struggles to maintain Petra's professional cool, and to hold herself together. Ultimately, she's the only one who can save them―but will it be at the price of the hostage's life?