Jonathan Cahn is an American Messianic Jewish Rabbi and a New York Times bestselling author of Christianity and spirituality books.

He first received national and international recognition after the release of his eruptive debut book, The Harbinger (2012), which immediately became a New York Times bestseller.

Cahn was named as one of the top forty spiritual leaders of the last four decades to have radically left an indelible mark in the world, in a list that had the likes of Billy Graham and Keith Greene.

A widely respected and recognized speaker deemed as the prophetic voice of this generation, Cahn has spoken at Capitol Hill, the United Nations, and to multitudes around the world.

He leads Hope of the World ministry, an international outreach of teaching, evangelism, and projects for those in crisis, as well as the Jerusalem Center/Beth Israel, which is a worship center for both Jews and Gentiles, located in Wayne, New Jersey. 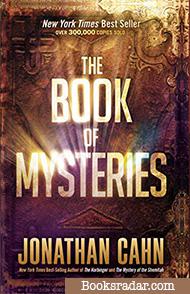 The Book of Mysteries 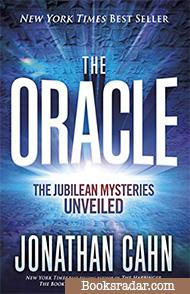 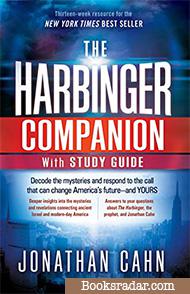 The Harbinger Companion With Study Guide 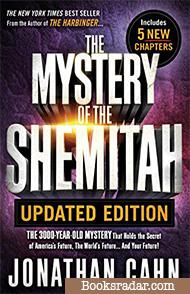 The Mystery of the Shemitah 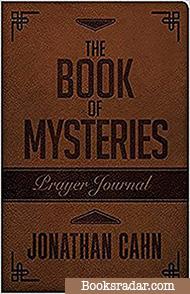 The Book of Mysteries Prayer Journal 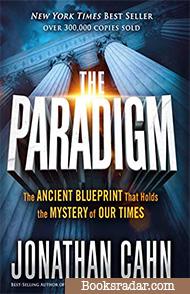 The Paradigm: The Ancient Blueprint That Holds the Mystery of Our Times 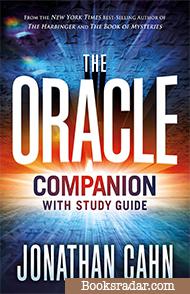 The Oracle Companion With Study Guide
The Harbinger 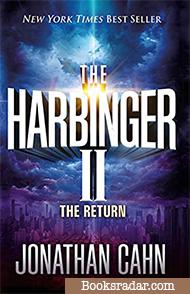 The Harbinger II: The Return 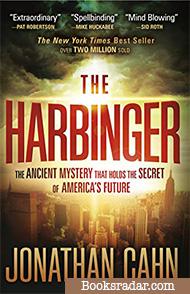 The Harbinger: The Ancient Mystery that Holds the Secret of America's Future

The Book of Mysteries

Buy now
1
The Book of Mysteries

Jonathan Cahn, who caused a national and international stir with the New York Times best-seller The Harbinger and then The Mystery of the Shemitah, now brings us a treasure chest inside of which are contained some of the greatest mysteries of all time.

The reader will discover life-transforming secrets, mind-blowing realities, and heart-changing revelations in such mysteries as the Face in the Waters, the Leper King, the Land of Gezarah, the Secret of the Third Prince, the House of Spirits, the Mystery of the Rains, How to Alter Your Past, the Second Scroll, the Similitude, the Mystery of the Eighth Day, and much more.

The Book of Mysteries takes the readers on a journey of divine revelation through ancient Scriptures, the laws of Creation, the deep of God’s Word, the hidden streams of history, the most important keys of spiritual truth, end-time mysteries, and the secrets of life.

The Book of Mysteries opens up with a traveler and his encounter with a man known only as “the teacher.” The teacher takes him an on odyssey through desert mountains, valleys, gardens and plains, encounters with nomadic tent dwellers, caverns and ancient ruins, chambers of scrolls and vessels, and more. The reader is taken along to partake in the journey and in all the teachings and revelations.

The traveler keeps a journal in which he writes down each of the mysteries given to him by the teacher in his one-year odyssey—365 different mysteries—one for each day of the year. Thus, on top of everything else, The Book of Mysteries is also a daily devotional unlike any other. And each mystery contains a special mission for each day of the year, a mission that takes the revelation and applies it to reality for a life-changing journey.

This book opens up the Jubilean mysteries and a revelation so big that it lies behind everything from the rise and fall of nations and empires (even America), to the current events of our day, to the future, to end-time prophecy, and much more.

Could an ancient prophecy and a mysterious ordinance given in a Middle Eastern desert over three thousand years ago be determining the events of our day?

Could some of the most famous people of modern history and current events be secretly linked to this mystery-even a modern president of the United States?

Could this ancient revelation pinpoint the events of our times down to the year, month, and day of their occurring?

Could a mysterious phenomenon be manifesting on the world stage on an exact timetable determined from ancient times?

Could these manifestations have altered-and now be altering-the course of world events?

Jonathan Cahn takes the reader on a journey to find the man called the Oracle. One by one each of the Jubilean mysteries will be revealed through the giving of a vision. The Oracle will uncover the mysteries of The Stranger, The Lost City, The Man With the Measuring Line, The Land of Seven Wells, The Birds, The Number of the End, The Man in the Black Robe, The Prophet's Song, The Matrix of Years, The Day of the Lions, The Awakening of the Dragon, and much more.

The reader will discover the ancient scrolls that contain the appointed words that have determined the course of world history from the onset of modern times up to our day.

The revelation is so big that it will involve and open up the mysteries of everything and everyone from Mark Twain to Moses, from King Nebuchadnezzar to Donald Trump, from the fall of empires to the rise of America, from a mystery hidden in a desert cave to another in an ancient scroll, from the palace of the Persian Empire to the US Senate, from the Summer of Love to the Code of Babylon, and much, much more.

The Harbinger Companion With Study Guide

Teachings, insights, and revelations into each of mysteries in The Harbinger

A thirteen-week study guide for group, class, church, or individual study with:

Detailed teaching – with the biblical and historical context and background

Application – that can change your life and your world

The most often asked questions surrounding The Harbinger, including:

Who is the prophet? (the identity of the book’s most mysterious figure)

Who is Jonathan Cahn?

Where is America in end-time prophecy?

What does the future hold?

Buy now
1
The Mystery of the Shemitah

The Shemitah occurs every seven years.

Has God already given us clues as to WHAT WILL HAPPEN NEXT?

The Shemitah (shmee-TA), or Sabbath year, is the seventh year of the seven-year agricultural cycle mandated by the Torah for the land of Israel. Understanding this seven-year pattern is essential for understanding the prophecy and mysteries of the Bible that are still applicable today.

In The Mystery of the Shemitah Updated Edition you will discover new insight on current events such as:

How the Great Depression and other economic events fit into the Shemitah.

How stock market crashes in 2015 were linked to the period of nullification at the end of the Shemitah.

How the Shemitah of 2015 affected economies worldwide.

How the pattern of sevens predicted 9/11 to the exact hour.

How the World Trade Center was conceived, started, finished, and destroyed in Shemitah years.

How the rise—and possibly the fall—of America can be linked to the year of the Shemitah.

Created as a companion to The Book of Mysteries by Jonathan Cahn, this prayer journal enhances the reader experience through the amazing mysteries revealed. Record your thoughts and prayers on lined pages that correspond with the 365 mysteries, scriptures, and daily missions shared in the print book—with the most important keys of spiritual truth, end-time mysteries, and secrets of life.

Author: Jonathan Cahn
First Release: 2017
ISBN: 978-1629991306
Publisher: Frontline
The Paradigm: The Ancient Blueprint That Holds the Mystery of Our Times

Buy now
3
The Paradigm: The Ancient Blueprint That Holds the Mystery of Our Times

Is it possible that there exists an ancient master blueprint that holds the secret behind the events of our times?

Could this blueprint lie behind the rise and fall of leaders and governments?

Could ancient figures from the Middle East hold the key to the leaders of our own day, what they do, when they rise, and when they fall?

Is it possible that this ancient paradigm has determined not only the events of modern times but also their timing—even down to the exact dates?

Could a mystery from the ancient Middle East have foretold the outcomes of current events more accurately than any poll or expert—even the outcomes of presidential elections?

Has this mystery even touched the events of your life?

Does the paradigm reveal what will take place in the future?

And does it contain a warning critical for every person in this generation?

The Oracle Companion With Study Guide is the perfect companion to The Oracle, in which Jonathan Cahn opens up the Jubilean prophecies and a mystery so big that it has determined everything from the rise and fall of world empires to at least two US presidents, the current events of our day, what the future holds according to end-time prophecy, and much more.

Cahn reveals the mysteries through a narrative of a traveler given seven keys, each for the opening of one of seven doors. Behind each door lies one of the seven streams of the Jubilean mysteries.

An eight-week, interactive study guide with questions and scriptures to help readers delve even deeper into the amazing revelations in The Oracle.

The Harbinger II: The Return

Ever since The Harbinger was released, people have been asking…

Have the harbingers of judgment continued to manifest on American soil?

Is America closer now than ever before to judgment and what lies ahead for America and the world?

The Harbinger ended by speaking of what was yet to come. That which was written is now coming true. After years of holding back, because he believed it wasn’t yet the time, Jonathan Cahn has now written the sequel. The Harbinger II is being hailed as “a prophetic masterpiece” even more powerful and stunning than the first book and will take the mystery to new dimensions and disclose what could not be revealed in The Harbinger or until now.

The Harbinger II will open up the mysteries of the Gate, the Watchmen, the Mystery Ship, the Word in the Ruins, the Book of Days, the Image, the Judgment Tree, the Children of the Ruins, the Convergence, the Handwriting on the Wall, and much more.

Buy now
1
The Harbinger: The Ancient Mystery that Holds the Secret of America's Future

That there exists an ancient mystery that holds the secret of America's future?

That this mystery lies behind everything from 9/11 to the collapse of the global economy?

That ancient harbingers of judgment are now manifesting in America?

That God is sending America a prophetic message of what is yet to come?

Before its end as a nation, there appeared in ancient Israel nine specific warnings and omens of national destruction – These same nine Harbingers are now manifesting in America with profound ramifications for America’s future and end-time prophecy.

Hidden in an ancient biblical prophecy from Isaiah, the mysteries revealed in The Harbinger are so precise that they foretell recent American events down to the exact days… the 3,000-year-old mystery that revealed the exact date of the stock market collapse of 2008…the ancient prophecy that was proclaimed from the floor of the US Senate and then came true…and more. The revelations are so specific that even the most hardened skeptic will find it hard to put down. Though it sounds like the plot of a Hollywood thriller – IT’S REAL.

The prophetic mysteries are factual but revealed through a riveting narrative the reader will find hard to put down. The Harbinger opens with the appearance of a man burdened with a message he has received from a mysterious figure called The Prophet. The Prophet has given him nine seals, each containing a message about America s future.

As he tells of his encounters with the Prophet, from a skyscraper in New York City, to a rural mountaintop, to Capitol Hill, to Ground Zero, the mystery behind each seal is revealed. As the story unfolds, each revelation becomes another piece in a larger and larger puzzle, the ramifications of which are, even now, altering the course of America and the world.