Anna Carlisle is an American teacher and author of suspense, mystery and thriller novels.

She is best known for writing Dark Road Home (2016), All the Secret Places (2017), and In the Darkest Hour (2018), all of which form the acclaimed Gin Sullivan Mystery Series.

The series revolves around the life of medical examiner Gin Sullivan, who helps solve criminal investigations.

Carlisle is currently based in Northern California, where she teaches writing. 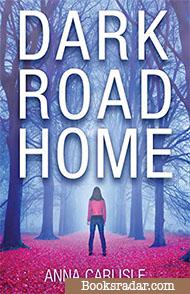 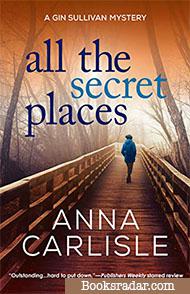 All the Secret Places 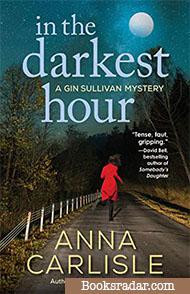 In the Darkest Hour

The summer after she graduated from high school, Gin Sullivan's little sister Lily went missing. Her family fell apart, not to mention her relationship with her high school sweetheart, Jake. Now, almost twenty years later, Gin is living in Chicago and working as a medical examiner when she gets the call: a body's been found in the woods outside her small hometown. It could be her sister. After all these years, it's time for Gin to go home and face the demons she tried to leave behind.

Confronting your past is never easy, but for Gin it also means confronting Jake, who was the prime suspect in Lily's disappearance. To find an answer to the question of what happened to her sister that fateful summer, Gin makes the difficult decision to use her talents as a medical examiner to help the police investigation. But as Gin gets deeper into the case, she uncovers a shocking truth that could change everything—if it doesn't destroy what's left of her and her family first.

Gin Sullivan is back in Pittsburgh on an extended leave from her job at the Chicago medical examiner’s office and rekindling an old flame with her high school sweetheart, Jake. Gin is readjusting to life at home when Jake receives harrowing news early one morning. The new housing development his construction firm is building has caught fire and underneath one of the burnt homes is a dead body.

When the body is identified as a 48-year-old civil war re-enactor Marvin Morgenson, who has been missing for two years and may very well be the violent offender who terrified Gin’s childhood town years ago, the pool of suspects broadens and it becomes a greater challenge to pinpoint his killer. Gin is determined to unearth old demons, hers included, but soon finds some people will kill to keep them buried.

Former medical examiner Gin Sullivan thought she’d put her troubled past behind her—but a deadly web of drugs, depravity, and murder threaten to consume all she loves.

Small-town secrets don’t stay buried for long, and no one know that better than former Chicago medical examiner Gin Sullivan. On extended leave from her job, Gin is back in her hometown of Trumbull, PA, settling into a quiet life with her old high school sweetheart, Jake Crosby. But the demons of Gin’s past are lying in wait—and when Jake’s estranged mother turns up dead in a local motel from a heroin overdose, life in Trumbull begins to unravel one thread at a time.

Dead set on revenge against the dealer, Jake brings in local high school student Jonah Krischer to face justice. But Trumbull police chief Tuck Baxter has to contend with the boy’s father, a prominent physician who threatens legal action over the unconventional arrest—even though Jonah admits to stealing his dad’s prescription pad to sell phony opiate prescriptions for cash. And when Jonah offers to lead police to a body in exchange for leniency, the stiff turns out to be one of the doctor’s own patients. Is there a killer on the loose in Trumbull?