Andrea Carter is an Irish author of mystery and thriller novels, best known for her Inishowen Mystery Series.

Raised in the midlands of Ireland, she studied law at Trinity College Dublin, before relocating to the Inishowen peninsula in County Donegal, where she practiced law.

Upon returning to Dublin in 2006, Andrea worked as a barrister before becoming an author of crime fiction novels.

She made her debut as a novelist in 2015 with the book Death At Whitewater Church (2015), the first installment in the Inishowen Mystery Series.

The Inishowen Mysteries, which is set in a tiny Irish village where everybody knows everybody else’s business, was greatly inspired by Andrea’s experience during her stay in the Inishowen peninsula. 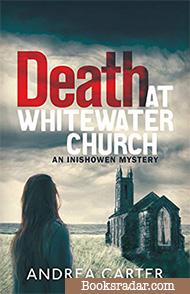 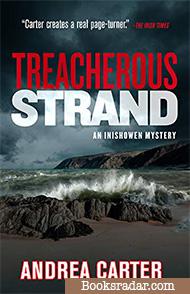 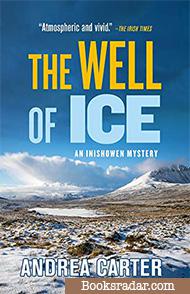 The Well of Ice 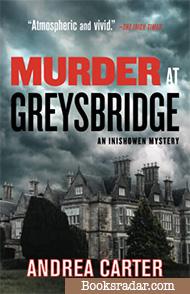 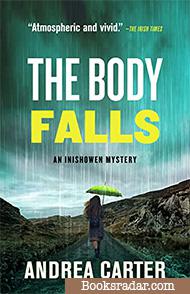 When a skeleton is discovered in the hidden crypt of a deconsecrated church, everyone is convinced the bones must be those of Conor Devitt, a local man who went missing on his wedding day six years previously. But the postmortem reveals otherwise.

Solicitor Benedicta “Ben” O’Keeffe is acting for the owners of the church. She is reluctant to get involved, but when Conor’s brother dies in strange circumstances shortly after coming to see her, she finds herself drawn into the mystery. Whose is the skeleton in the crypt and how did it get there? Is Conor Devitt still alive, and if so, is there a link? What happened on the morning of his wedding to make him disappear?

Negotiating between the official investigation—headed up by the handsome but surly Sergeant Tom Molloy—and obstructive locals with secrets of their own, Ben unravels layers of personal and political history to get to the truth of what happened six years before.

The majestic Inishowen Peninsula shore—home to dangerous and unpredictable currents.

A woman's body washes up on a remote beach on the Inishowen Peninsula. Partially clothed, with a strange tattoo on her thigh, she is identified as Marguerite Etienne, a French woman who has been living in the area. Solicitor Ben (Benedicta) O'Keeffe is consumed by guilt: for the second time in her life Ben has failed someone who needed her, with tragic consequences.

When local sergeant Tom Molloy dismisses Marguerite's death as the suicide of a disturbed and lonely woman, Ben cannot let it lie. Ben uncovers Marguerite's strange past as a member of a French doomsday cult, which she escaped twenty years previously, but not without leaving her baby daughter behind. Disturbed by what appears to be chilling local indifference to Marguerite's death, Ben pieces together the last few weeks of the French woman's life in Inishowen.

What she discovers causes her to question the fragile nature of her own position in the area, and she finds herself crossing boundaries—both personal and professional—to unearth local secrets long buried.

A cold—and terrifying—Christmas holiday on the Inishowen Peninsula.

December on the Inishowen Peninsula in County Donegal—and solicitor Benedicta “Ben” O'Keeffe is working flat out before the Christmas holidays. While on a trip to Dublin to visit her parents, she runs into Luke Kirby—the man who killed her sister—freshly released from jail. On the surface he appears remorseful, conciliatory even, but his comment as she walks away makes her realize he is as evil as ever.

Back in Glendara, she finds chaos. The Oak pub has burned down and Carole Kearney, the Oak's barmaid, has gone missing. And then, while walking the dog up Sliabh Sneacht, Ben and her partner, Sergeant Tom Molloy, make a gruesome discovery: a body lying face down in the snow. Another brutal attack in the small town and Ben plunges into full discovery mode.

Who could be behind this vicious attack on Glendara and its residents? And why disturb such a charming town at Christmas? As Ben delves in to find answers, she comes face to face with the reality that all this evil could be swirling around her as her past confronts her present—and future.

Summer has arrived in Inishowen and solicitor Benedicta (Ben) O'Keeffe is greatly tempted by a job offer from a law firm in America. Yet before making any life-changing decisions, there is her assistant Leah's wedding to attend at the newly restored Greysbridge Hotel—with its private beach and beautiful pier.

The perfect location—but the festivities are brutally cut short when a young American, a visitor also staying at the hotel, drowns in full view of the wedding guests. And when a second death is discovered the same evening, Ben finds herself embroiled in a real country-house-murder-mystery, where all the guests are suspects.

Sergeant Tom Molloy’s appearance to investigate throws Ben into turmoil, especially when the pursuit of two runaways leads the pair to an island off the Donegal coast, where a violent storm traps them together, completely cut off from the mainland.

A deadly conspiracy is unfolding on this tiny North Atlantic island—fueled by the ruthless pursuit of money—careening toward disaster for the inhabitants—and for Ben.

April in Florida and Benedicta (Ben) O'Keeffe is enjoying balmy temperatures during the last few days of a six month stint with a U.S. law firm. A week later, she returns to Glendara, Inishowen, where a charity cycle event is taking place. The town is abuzz with excitement, but it starts to rain, causing the cyclists to postpone the start of their event and stay overnight in the town. The rain doesn't stop—it becomes relentless, torrential.

In the middle of the night, Police Sergeant Tom Molloy is called out to Mamore Gap, where a body, dislodged from a high bank by the heavy rain, has fallen onto a passing vehicle. It is identified as Bob Jameson, a well-known charities boss and the organizer of the cycling event. Stunned, the local doctor finds evidence of a recent snakebite. Terrible weather persists and soon bridges are down and roads are impassable.

Glendara is completely cut off and since there are no native snakes in Ireland, could there be a killer trapped in the community? With no help from the outside world, it's left to Molloy—with Ben's assistance—to find out who is responsible for Bob Jameson's bizarre death.