Kiera Cass is a #1 New York Times bestselling author of The Selection Series.

Born and raised in South Carolina, she attended Coastal Carolina University before transferring to Radford University where she graduated with a B.S. in History.

Kiera currently resides in Christiansburg, Virginia with her electrical engineer husband, and their two children—a car-obsessed son and a princess-loving daughter.

Of the things she loves, boy bands and desserts are right up there; with the latter explaining why she is a regular customer at her local cupcake shop.

She however doesn't share the same affection for salads and flying. 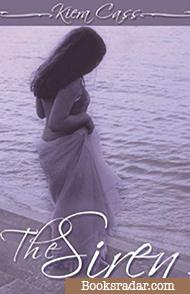 The Siren
The Selection Novellas 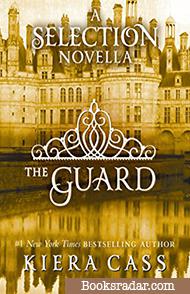 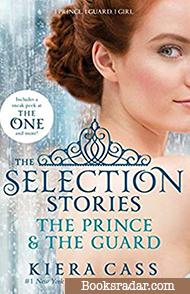 The Selection Stories: The Prince & The Guard 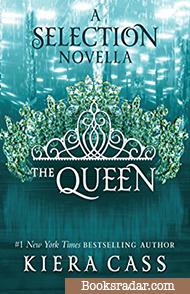 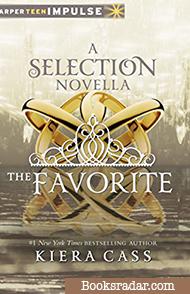 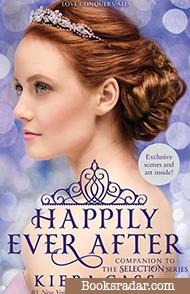 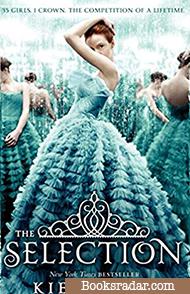 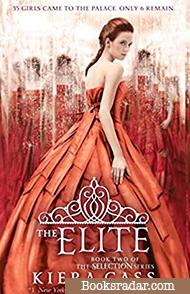 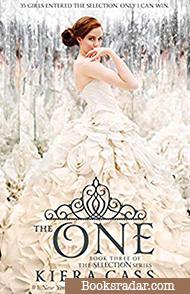 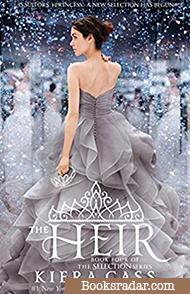 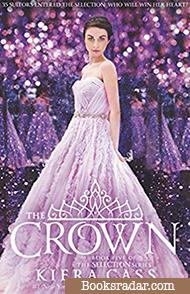 Kahlen is a Siren. She is destined to serve the Ocean by drawing humans to the gravy waters with her voice; a voice that is fatal to any human who hears it.

Akinli on the other hand is human. Kindhearted and attractive, he is everything that Kahlen has ever dreamed of.

Falling in love could prove perilous to both of them, but Kahlen is dangerously attracted to him.

Will she put everything on the line and follow her heart?

This star-crossed Young Adult romance will assuredly enchant readers who grew up loving The Little Mermaid, or any fan of Jennifer Donnelly’s Waterfire Saga.

There was another girl in Prince Maxon's life...

This 128-page original novella by Kiera Cass, the New York Times bestselling author of the The Selection series, takes us back to the life of Prince Maxon during the week leading up to the start of the Selection—way before he first set his eyes on America.

Before she met Prince Maxon...

She was deeply in love with a boy by the name Aspen Leger.

They even planned of how they would share the rest of their lives together.

This 64-page original digital novella by Kiera Cass, the New York Times bestselling author of The Selection series, takes us back during the period right after the group of Selected girls is narrowed down to the Elite six.

This story is told from the point of view of Aspen Leger—the palace guard.

The Selection Stories: The Prince & The Guard

Buy now
5
The Selection Stories: The Prince & The Guard

Before America Singer arrived at the palace to compete for the crown of princess of Illea in the Selection, there was another girl in Prince Maxon's life.

The Prince begins a week before the Selection starts; following the activities of Prince Maxon during the first day of the competition.

Given the fact that he was brought up as a Six, the last thing that Aspen Leger ever expected was to serve in the palace as a member of the royal guard.

Through The Guard, readers take a deeper look into the life of Aspen within the palace walls; learning truths about him that America will never know.

The Prince and The Guard offer the enthralling thoughts and feelings of the two men battling to win over the heart of America Singer.

Way before America Singer came to compete in the selection for the crown of the princess of Illea, another girl had come to the palace to compete and win over the heart of a different prince….

This prequel story is told from the point of view of Amberly, Prince Maxon's mother, as it follows the events of The Selection.

Through this Selection novella, you will not only discover how Maxon's parents met, but also learn of how an ordinary girl by the name Amberly rose to became an adored queen.

There was a time when America Singer couldn’t decide what her heart wanted; stuck between Aspen Leger and Prince Maxon.

Marlee, her friend, however knew exactly what she wanted, and paid the ultimate price for it.

This 64-page novella by Kiera Cass, the New York Times bestselling author of The Selection series, takes us back to that eventful Halloween when Marlee and Carter were discovered.

Told from Marlee's point of view, it reveals how that night, and the prince, forever changed their lives.

Happily Ever After: Companion to the Selection Series

Buy now
4
Happily Ever After: Companion to the Selection Series

Ever wanted to meet Prince Maxon before he fell in love with America?

Would you like to know about a girl named Amberly before she became queen?

How about looking at the Selection through the eyes of a guard who watched his first love drift away?

Then there is the story of the girl who gave her heart to a boy who wasn’t the prince.

This must-have companion to the Selection series contains four novellas—two of which are only available in print in this collection—not to mention the exclusive bonus content like the map of Illéa and many more llustrations.

Thirty-five girls are presented with a once in a lifetime opportunity with the Selection; an opportunity to run away from the only path they have ever known, and into a world of glittering gowns and priceless jewels. It’s an opportunity to not only live in a palace but also compete for the heart of the charming Prince Maxon.

For America Singer however, the Selection is a nightmare. It means turning her back on Aspen, her secret love; leaving her home to compete for a crown she doesn’t want and living in a palace continuously under the threat of rebel attacks.

But when America meets Prince Maxon, she learns that the life she always dreamed of is nowhere near the future she never imagined.

Of the thirty-five girls that came to the palace to compete in the Selection, only six remain. One lucky girl will end up marrying Prince Maxon, and in turn be crowned princess of Illea.

America Singer however still isn’t sure what her heart wants. Whenever she is with Prince Maxon, she can’t help but fantasize of being with him, as she is overwhelmed by their young and breathtaking romance.

But everytime she sees Aspen standing guard around the palace, America is swamped with memories of the life they had laid out to share.

With the Elite now remaining, every girl is determined to win over the heart of Maxon.

America has to make a choice!

Buy now
9
The One

The Selection forever changed the course of America Singer's life in ways not even possible in her wildest imaginations. Ever since she joined the competition to become the next princess of Illéa, America has had a hard time understanding her feelings.

She is heavily drawn to Prince Maxon and always fantasizes about their new and breathless love whenever they are together. But whenever she lays her eyes on Aspen, the memories she shared with her first love greatly overwhelm her.

Nonetheless, America has no option but to make a choice. And she is ready to fight for the future she deserves for herself.

Who will be the one?

When America Singer entered the Selection to compete for the title of princess of Illea, it was the last thing she wanted to do, as it meant leaving her home and the love of her life, Aspen.

But that was twenty years ago. Having won over the heart of Prince Maxon, it’s now time for her daughter, Princess Eadlyn, to hold a Selection of her own.

The story of her parents was nothing short of a fairy-tale love story, and Eadlyn doesn't expect her Selection to be anywhere near what her parents had.

As the competition however begins, she comes to learn that choosing her own happily ever after isn't as hard and unbearable as she has always presumed.

As the first princess of Illéa, Eadlyn was required to hold her own Selection. At first, she didn’t think it would be possible to find a real partner, let alone find the love of her life among her thirty-five suitors.

In fact, she couldn’t wait to send them all home during the first few weeks of the competition.

But when happenings at the palace place her in the spotlight even more, princess Eadlyn comes to the realization of just how important it is to have someone by her side.

Eadlyn is doubtful that she will ever match the fairytale ending that her parents had two decades ago, but the heart is however full of surprises.

Soon enough, the princess will have to make a decision that is impossible just as much as it is important.