Born and raised in Boston, he attended the University of New Hampshire, where he earned a graduate degree in writing. During his time at the institution, he studied with Thomas Williams, Jr. and Joseph Monninger, and also studied writing with the likes of Ernest Hebert, Ursula K. LeGuin, and Molly Gloss.

Prior to becoming a full-time author, Dick ran a software technical writing and consulting business for a number of years, and also taught writing at the undergraduate and graduate level.

A dedicated member of the Maine Crime Writers, Dick is similarly an active member of the Mystery Writers of America, where he serves as the Member Outreach representative on the board of MWA—New England.

He currently makes his home in Cape Elizabeth, Maine where he lives with his wife Anne and a cat named Tinker. 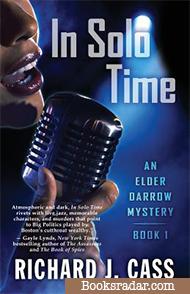 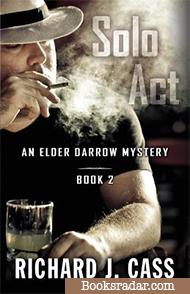 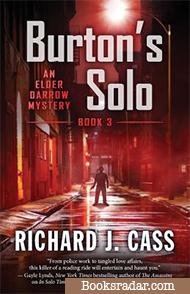 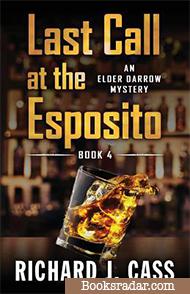 Last Call at the Esposito 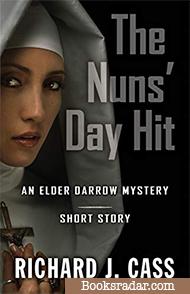 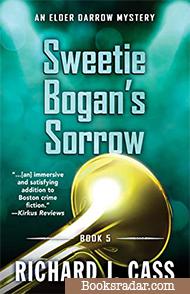 An alcoholic walks into a bar...and buys it. At the urging of his sometimes lover and sometimes drinking partner Jacquie Robillard, Elder Darrow uses the last of the money from the trust fund his mother left him to buy the Esposito, a bucket-of-blood bar in Boston that he plans to turn into a jazz nightclub. But before he can turn the place around, the body of Timmy McGuire, a jazz guitar player, shows up on the small stage at the Esposito, stabbed to death.

Dan Burton, a Boston Homicide detective, likes Jacquie for the murder. She had a contentious relationship with the guitar player (and a few other men along the way). But one of the other men Jacquie is involved with is the son of an old-line Boston landlord with political designs on the commonwealth’s governorship. Burton arrests Jacquie for Timmy McGuire’s murder but Elder is certain something darker and deeper than a lover’s quarrel is at stake.

Jacquie is released on bail. When she shows up dead, Elder is drawn into a conspiracy going back to Timmy’s childhood, an arson in the three-decker in Mattapan where he grew up, and the unraveling of a political conspiracy. Elder’s need to solve Timmy’s murder peaks when his jazz singer lady friend, Alison Somers, is kidnapped by the perpetrators. In the end, he has to solve the mystery and rescue Alison without the help of the police or anyone else.

In this amateur sleuth mystery, Elder Darrow uses the last of the money from the trust fund his mother left him to buy the Esposito, a bucket-of-blood bar in Boston, hoping to turn it into a jazz nightspot. Though he knows that working in a bar is going to test his sobriety, he’s relying on the support of his ex-lover, a jazz singer named Alison Somers.

The two of them split when Alison moved to New York to further her career but before she left, the two of them made a pact: he’ll stay off the booze if she keeps taking her antidepressants, which keep her from another suicide attempt. Then one day Elder hears that Alison has killed herself by diving out her apartment window.

With his sobriety threatened, he follows an instinct that says she wouldn’t have quit taking her meds, or killed herself, without talking to him first. Along the way, Elder encounters a beautiful collector of jazz memorabilia, a Native American gangster with aspirations to management, and a bomb-throwing piano player, as well as the usual stresses and strains of running a bar.

But with the reluctant help of his friend Dan Burton, a homicide cop, Elder investigates and exposes the conspiracy of local thugs, corrupt physicians, and shipments of pharmaceuticals of questionable quality, proving that Alison was murdered and who was responsible.

When Dan Burton beats up Antoine Bousquet, the clothing designer suspect in the murder of two Chinese seamstresses, he jeopardizes his job as a homicide detective and his life. Bousquet is released without bail because of Burton’s mistake.

When Bousquet turns up dead, beaten and tortured, Burton becomes the prime suspect. The department’s Internal Affairs inspectors, Bousquet’s live-in lover, several Russian gangsters, and the kingpin of the Boston underworld are all looking for Burton.

Elder Darrow, Burton’s best friend and proprietor of the Esposito bar, has his own problems. After losing a lover, he’s started dating again, but the woman he’s attracted to is, unbeknownst to him, a high-level burglar. The Russian who are looking for Burton try to send an emissary to Elder through her, but the Russian messenger ends up dead and Darrow is held responsible.

Elder hides Burton in the old family place in New Hampshire, but when he returns to bring Burton back to Boston, finds evidence of torture and bloodshed. Though he believes Burton may have killed Bousquet, he helps him save his position on the Boston Police Department and rescues him from death by a woman related to the two murdered seamstresses.

In the process, they expose an evil scheme by which illegal immigrants were effectively enslaved to work in Antoine Bousquet’s sweat shops and they prove Burton’s innocence.

The Olympic Games are coming to Boston! Or are they? When a burial detail to the paupers’ grave on Boston’s Rinker Island comes up with one extra coffin, Dan Burton is called in to take the case. The murdered man is one Constantine Boustaloudis, a neighborhood activist against the effort of rich and powerful interests to bring the Olympic Games to Boston.

At the same time, Donald Maldonado, cousin of the infamous Icky Ricky Maldonado, tries to create a place for himself in the Boston underworld, taking over his cousin’s criminal activities. He jostles with Mickey Barksdale, Burton’s childhood friend, for a piece of the illegitimate prospects of the Games coming to town: construction contracts, union connections, and so on. Complicating matters is that Elder Darrow’s thieving girlfriend Kathleen Crawford has stolen something of Maldonado’s and he wants it back. Badly enough to kill anyone in the way.

Real estate speculators offer to buy the Esposito and turn the block into a velodrome for the proposed Games. Elder is tempted, unsure that he wants to continue in the bar business. The confusion turns the world around Mercy Street into an uproar.

Nun Day at Fenway...Murder in the Bleachers

Sister Mary Humilitas, stabbed in the bleachers at Fenway Park. A mugging? Or something more sinister?

Rasmussen Carter is grooming Lily Miller, a young jazz singer, to be a star. She’s singing at the Greenwood—the new incarnation of the Esposito—now owned and managed by Baron Loftus, the nephew of Sweetie Bogan, an aging jazz diva. The night Lily debuts, Carter is stabbed in a fight by Sweetie Bogan’s lover, Alfonso Deal-Jones. Lily then abandons Rasmussen Carter for Edward Dare, who promises to make her a real star.

Carter is killed in the hospital, and Marina asks Elder Darrow, now retired from the bar business, to investigate—since his pal and Marina’s soon-to-be husband, Boston Police detective Dan Burton, is still jealous of Carter and Marina’s brief fling. Deal-Jones is found beaten to death, and Burton discovers Alfonso was setting up a cocaine deal with Edward Dare, the lieutenant to a major New Orleans gangster, who also happens to be “death” on drug dealing.

On their own time, Elder and Burton must solve the murders of the low-rent impressario and the New Orleans gangster’s right-hand man. Burton is sure there’s a connection. And in the process, Elder discovers he may not be cut out for a life of leisure just yet...