Born in Springfield, Illinois, Brittany has had her fair share of odd jobs, with her favorite being a hat salesgirl.

Brittany currently lives and works in Michigan as a teacher of creative writing at the Interlochen Arts Academy.

She lives there with her husband, one cat and a dog. 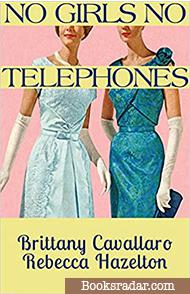 No Girls No Telephones 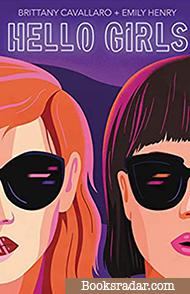 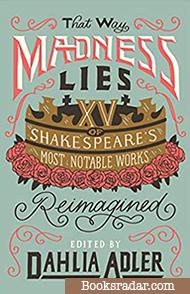 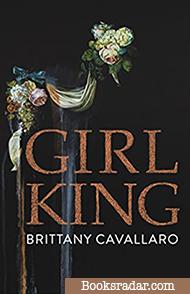 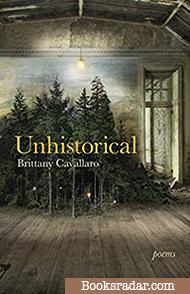 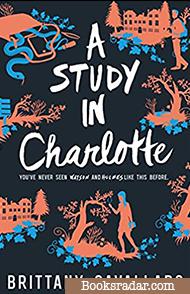 A Study in Charlotte 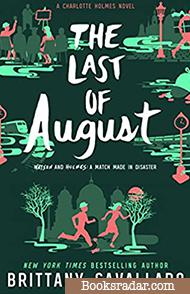 The Last of August 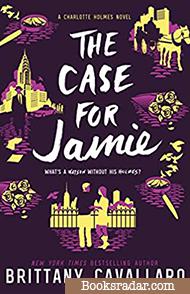 The Case for Jamie 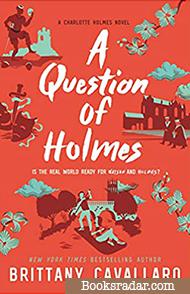 A Question of Holmes
Muse Books 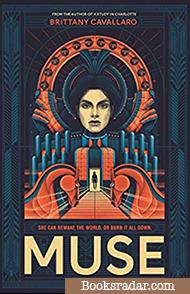 No Girls No Telephones

What’s the opposite of a dream song? Waking speech? Sleepless anthem? Or wakeful silence?

That’s the question that Brittany Cavallaro and Rebecca Hazelton asked when they came up with the idea of this book.

Following a dauntless, committed and somewhat imprudent interaction with The Dream Songs by John Berryman, the poems contained in this book launch a new course on an unmapped frontier where destroyed fairy stories, dreams, and self-deceit meet in a flawless storm.

The poems however don’t just pay tribute. They welcome readers into a realm where men and women disagree with a terrifyingly commonplace and violently stunning world.

Although Winona seems to come from a perfect home, her life is one of agony, as her seemingly perfect celebrity father not only leaves the pantry door locked, but also leaves her with bruises nobody can see.

Fed up by her mother’s demanding needs and her drug-dealing brother, Lucille wonders whether this life could ever offer her more.

Upon recognizing that they don’t have to wait until graduation to begin their new lives, Winona and Lucille devise a plan to abandon their sleepy Michigan town and head to Chicago.

And all they need is three grand and a stolen vehicle…

NB: This book was co-authored with Emily Henry.

This book is an anthology by fifteen of the most celebrated young adult authors today.

It offers a contemporary touch to the most beloved classics by legendary English playwright, William Shakespeare.

This book contains poems which are mumbled from behind a series of disguises, those of victim and attacker, 19th century madame and a hesitant girl of a magician, of truck-stop Persephone and an exasperated Tudor scholar.

This “expanse of girls, expanding still” pursues each other through history, vanishing in an Illinois cornfield just to resurface at the workplace of a Scottish anatomical artist.

The poems are however not merely based on historical narrative, but they also explore marginalia of times gone by.

They also venture into “the dark, indelicate question” of might and sexuality, of who can reign over a “city where no one is from”, and many more.

This poetic book borrows from historical narrative, confessional poetry, and mystery fiction in an effort to reveal the tale of a modern romantic affair that started in Europe and ended in America, as the storyteller finds herself as a mere observer to her lover’s brilliance.

Majority of the poems borrow from the elegiac tradition, following a narrator who is, at turns, tourist in and historian at a place that is quite new to them.

Included in the book is the "The Resurrectionists," which explores a different version of Sir Arthur Conan Doyle's Holmes and Watson as they endeavor to solve a case in Scotland while battling their troubled friendship.

A Study in Charlotte

Jamie Watson has been fascinated by Charlotte Holmes for the longest time, which comes as no surprise considering that their forefathers were John Watson and Sherlock Holmes respectively.

The Holmes family is however quite unconventional, with the inclusion of Charlotte.

She has not only inherited Sherlock’s virtues, but also some of his least admired qualities.

When Jamie and Charlotte cross paths in a boarding school in Connecticut, Charlotte explicitly reveals that she isn’t looking to make friends.

Everything however changes when a fellow student dies under unclear circumstances.

With danger drawing ever so closer, Jamie and Charlotte won’t have much of an option but to work with each other.

The Last of August

Jamie and Charlotte head to Sussex for a much needed break after surviving a semester where they almost lost their lives.

Their time in the English city is however everything but relaxing, as on top of their growing attraction towards each other, Charlotte’s dear Uncle disappears without a trace from their family estate.

It’s quite suspicious that his disappearance coincides with his recent work involving a German art forgery ring.

As they embark on a truth-finding mission, one that takes them across Europe, Holmes and Watson will uncover secrets that will make them question everything they think they know about the families, as well as each other.

The Case for Jamie

Stuck with a lovely girlfriend he just isn’t that attracted to, Jamie Watson is determined to complete his senior year with as little drama as possible.

Charlotte Holmes on the other hand is running away from Lucien Moriarty and her own wrongdoings.

Nobody knows her whereabouts, and she wouldn’t have it any other way.

Besides, she is a walking threat, and Jamie won’t let bygones be bygones.

But despite their differences, someone seemingly wants to reunite them; a person who has been quietly watching them and scheming; a sinister figure who wants one dead, and the other to live in agony.

A Question of Holmes

Charlotte Holmes and Jamie Watson are seemingly out of danger after their recent escapades.

Having now finished school, all they can look forward to is their pre-college summer program at Oxford.

It’s an exciting chapter for them, as they will get to not only give dating a try, but also explore the new city and enjoy their newfound freedom.

However, as soon as they arrive, Charlotte gets plunged into a new investigation involving a suspicious series of disasters striking the members of the community theater troupe at the university.

As the accidents start taking place again right before a huge production, Charlotte and Jamie race to solve the mystery before either of them becomes the next victim.

1893: First American Kingdom is on the brink of war.

Claire Emerson however has other worries. Her father, a renowned inventor, is convinced that his abilities come from his daughter’s touch. As such, he needs to control Claire.

As the war edges closer, Claire prepares to run away, while Beatrix, her closest friends, desperately tries to persuade her to stay and join the resistance.

When her father’s weapon backfires terribly during the World’s Fair, Claire is captured by Governor Remy Duchamp, St. Cloud’s youthful and inexperienced leader.

Convinced that Claire’s touch could change things for him, Remy isn’t willing to let go of her.

Claire however has not intentions of being someone else’s muse.