Steve Cavanagh is an Irish international award-winning and bestselling author of mystery, thriller and crime novels.

A native of Belfast, Northern Ireland, Cavanagh moved to Dublin at the age of eighteen where he ended up studying law by accident.

Nonetheless, he still went on to practice civil rights law and even became part of a number of high profile cases.

Other than writing, Cavanagh hosts a beloved comedy podcast, Two Crime Writers And A Microphone, with his friend Luca Veste.

The former lawyer still lives in his hometown of Belfast. 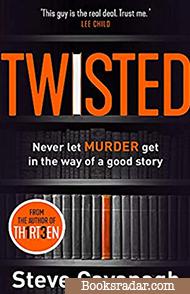 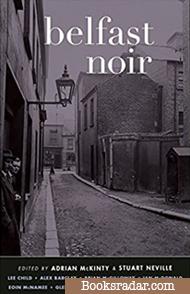 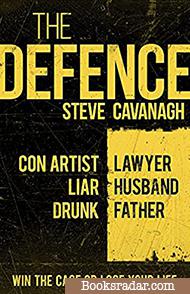 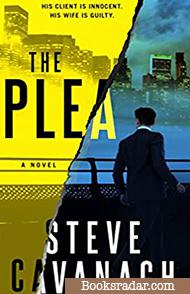 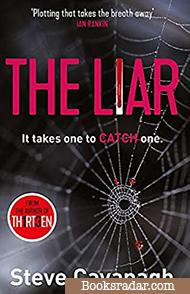 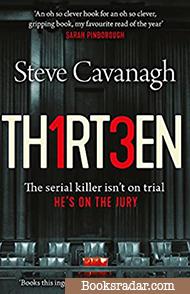 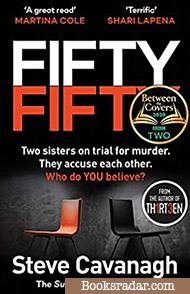 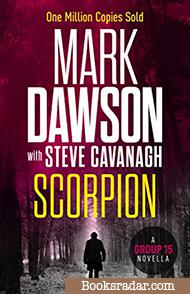 “Murder should never get in the way of a decent story.”

There are three important things that you need to know before opening this book:

1. I murdered someone, and the cops are looking for me.

3. Don’t ever make the mistake of thinking that you have found me. If you do, you’ll be next on my list.

Once you finish reading this book, you’ll learn that truth is far stranger than fiction.

Clare Mackintosh has praised this as 'Smart and original', while Mark Billingham has praised the author as 'A fantastic thriller writer'.

Looking back at a city that is still everything but united, Belfast Noir is a form of a documentation of a city gradually returning to normalcy.
It could also act as a stern warning that beneath the tenuous peace lies shadowy forces.

Once a trickster, Eddie Flynn went on to become an attorney. Those two roles are however quite similar.

But about a year ago, Eddie gave up on his career after a calamitous case, promising to never end up in the courtroom again.

His promise however doesn’t last for long, as his ten-year-old daughter is abducted by the leader of the Russian mafia in New York City, who is on trial for murder.

Forced by circumstances to get involved in the trial, Eddie must win an unthinkable murder case in forty-eight hours.

If he doesn’t, the consequences will be dire.

When David Child, a top client of a discreditable New York law firm, is apprehended for murder, former fraudster-turned-attorney Eddie Flynn is approached by the FBI.

They want him to convince Child to testify against the company.

When Eddie isn’t fully convinced by their approach, the FBI turns to arm twisting, presenting Eddie with implicating files on his wife.

Forced to take the case, the FBI wants him to finish the assignment quickly.

Eddie however believes that the subject is innocent, despite the huge evidence stacked against him.

Will he exonerate the man and protect his wife who is under the radar of deadly figures?

Leonard Howell's biggest fear has become his reality, following the abduction of his lovely daughter Caroline.
Convinced that he cannot in any way count on the police, Leonard turns to the one person he believes will help rescue her daughter.
Having gone through the agony of losing a daughter, Eddie Flynn is determined to rescue Caroline and return her to her family safely.
Although he is now a high-flying criminal lawyer, Eddie was once a trickster.
As such, the shadowy underworld of New York is nothing new to him.

But upon plunging into his former life, Flynn is shocked to discover just how much has changed about the game.
Is he just a puppet? Who is calling the shots?
Is there anyone involved who isn’t lying?

“How often do serial killers end up on the jury?”

The shading of blood wasn’t the tough part. It was just but the beginning.

Everything that Joshua Kane has been doing throughout his entire life has been aimed towards this very moment.

Although he has been here before, none has ever been as big as this one.

This is undoubtedly the murder trial of the century. And Kane has murdered just to get to where he is in the courtroom.

Someone is however following him; someone who has every reason to believe that the man on trial is innocent.

Kane doesn’t have much time.

Will the sentence come before his cover is blown?

Alexandra Avellino is prompted to call the police after discovering the horribly disfigured remains of her father in the house.

She is not only convinced that her sister murdered him, but also believes that she has the murder weapon and has not yet left the house.

Sofia Avellino is prompted to call the police after discovering the horribly disfigured remains of her father in the house.

She is not only convinced that her sister murdered him, but also believes that she has not yet left the house.

Two women, two sisters, are on trial for the vicious killing of their father.

One is innocent. One is guilty. Will justice be served?

He simply goes by the name 'Scorpion.'

Nobody knows his real name. In fact, nobody really knows who he is.

Dead men tell no tales, which is why anybody who sees his face doesn’t live to tell about it.

He only works for the guy with the highest offer, and has never failed an assignment.

Arriving in London, the hit man is sent to execute an investigative reporter.

The only problem is that the reporter is being protected by a guy named John Milton—perhaps the one man on the planet that is deadlier than him.

Has Scorpion finally encountered his equal?