Born in Alameda, California, she holds a degree in political science from the University of California, Los Angeles, and a Juris Doctor degree from Southwestern University School of Law.

A prosecutor since being admitted to the State Bar of California in 1979, Marcia has worked as a criminal defense attorney and as a prosecutor in the Los Angeles District Attorney’s Office.

During her decade-long stay in the Special Trials Unit, Marcia was part of several high profile cases such as the prosecution of stalker and killer Robert Bardo, and the O.J. Simpson murder case.

Her debut novel Without a Doubt (1997) was #1 on bestseller lists such as the New York Times, Wall St. Journal, Washington Post, Los Angeles Times, and Publishers Weekly.

Marcia has been interviewed on shows such as Dateline NBC, NBC Nightly News, Ellen, Today, The View, The Early Show, Good Morning America, and Entertainment Tonight, and also featured in the Los Angeles Times, People, Vulture, Vogue, and Elle–just to mention a few. 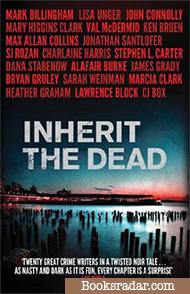 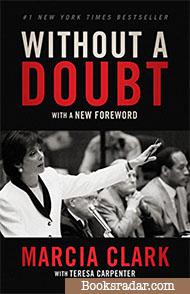 Without a Doubt
Rachel Knight 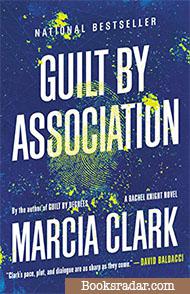 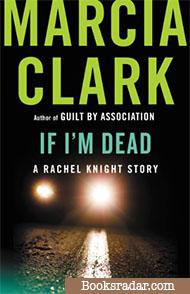 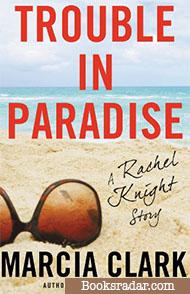 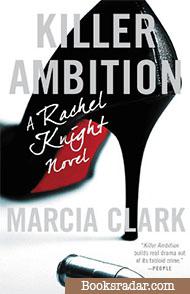 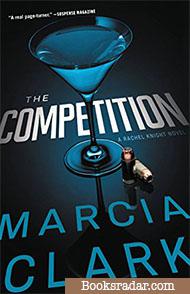 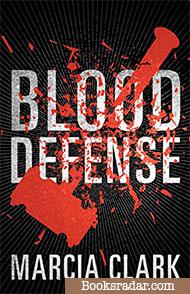 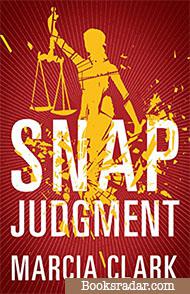 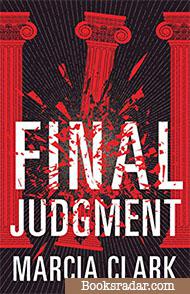 This New York Times and USA TODAY bestseller is a collaboration between twenty bestselling mystery novelists who have joined forces to create a spellbinding story of love, betrayal, and intrigue.

Pericles “Perry” Christo is a PI with a past—a former cop who lost his badge and his family when a corruption scandal left him broke and disgraced. So when wealthy Upper East Side matron Julia Drusilla summons him one cold February night, he grabs what seems to be a straightforward (and lucrative) case.

The socialite is looking for her beautiful, aimless daughter, Angelina, who is about to become a very wealthy young woman. But as Christo digs deeper, he discovers there’s much more to the lovely “Angel” than meets the eye. This classic noir tale twists and turns down New York’s mean streets and along the Hamptons beaches and back roads during a bitterly cold and gray winter where nothing is as it seems and everyone has something to hide.

In this inventive “serial novel” storytelling approach, each of the twenty bestselling writers brings his or her distinctive voice to a chapter of Inherit the Dead, building the tension to a shocking, explosive finale. The editor, Jonathan Santlofer, has arranged to donate any royalties in excess of editor and contributor compensation to Safe Horizon, the leading victim assistance agency in the country.

Marcia Clark takes us inside her head and her heart. Her voice is raw, incisive, disarming, unmistakable. Her story is both sweeping and deeply personal. It is the story of a woman who, when caught up in an event that galvanized an entire country, rose to that occasion with singular integrity, drive, honesty and grace.

In a case that tore America apart, and that continues to haunt us as few events of history have, Marcia Clark emerged as the only true heroine, because she stood for justice, fought the good fight, and fought it well.

Los Angeles D.A. Rachel Knight is a tenacious, wise-cracking, and fiercely intelligent prosecutor in the city's most elite division. When her colleague, Jake, is found dead at a grisly crime scene, Rachel is shaken to the core. She must take over his toughest case: the assault of a young woman from a prominent family.

But she can't stop herself from digging deeper into Jake's death, a decision that exposes a world of power and violence and will have her risking her reputation -- and her life -- to find the truth.

With her tremendous expertise in the nuances of L.A. courts and crime, and with a vibrant ensemble cast of characters, Marcia Clark combines intimate detail, riotous humor, and visceral action in a debut thriller that marks the launch of a major new figure on the crime-writing scene.

Buy now
Like
If I'm Dead: A Rachel Knight Novella

It started with a haunting image: a Ford Explorer, iridescent in the moonlight and alone on a desolate stretch of beach. Its owner, Melissa Gibbons, has gone missing. Her husband says she flew the coop. But Los Angeles Deputy DA Rachel Knight is convinced otherwise: Melissa Gibbons has been murdered.

So begins the confounding case that Rachel must present before a disbelieving jury. A dissatisfied heiress and her philandering husband -- what really happened? The husband has a fiendishly convincing case that Melissa faked her own death and fled. But with the support of her trusty sidekick, Detective Bailey Keller, Rachel pieces together a much more sinister truth.

In this short, standalone Rachel Knight thriller, readers follow our savvy and riotously entertaining heroine through the surprising world of LA crime.

Someone has been watching D.A. Rachel Knight -- someone who's Rachel's equal in brains, but with more malicious intentions. It began when a near-impossible case fell into Rachel's lap, the suspectless homicide of a homeless man.

In the face of courthouse backbiting and a gauzy web of clues, Rachel is determined to deliver justice. She's got back-up: tough-as-nails Detective Bailey Keller.

As Rachel and Bailey stir things up, they're shocked to uncover a connection with the vicious murder of an LAPD cop a year earlier. Something tells Rachel someone knows the truth, someone who'd kill to keep it secret.

Buy now
Like
Trouble in Paradise: A Rachel Knight Novella

In this digital-only short story, DA Rachel Knight and her besties take a Caribbean vacation and end up solving a crime.

With her besties Bailey and Toni in tow, Rachel leaves work and rainy LA behind and sets off for a much needed vacation in Aruba. Greeted by glittering sand and a balmy breeze, the three friends can't imagine anywhere more perfect.

But just minutes after hitting the beach, they're approached by a panicked young woman. A gofer on the biggest reality hit since "Survivor," she's lost the show's child star and must find her, now, before anyone else realizes she's gone.

Rachel, Bailey, and Toni put their dreams of paradise on hold and embark on a whirlwind search for the girl -- a search that ends with a twist so disturbing no one, not even a fortune-teller, could have seen it coming...

When the daughter of a billionaire Hollywood director is found murdered after what appears to be a kidnapping gone wrong, Los Angeles Special Trials prosecutor Rachel Knight and Detective Bailey Keller find themselves at the epicenter of a combustible and high-profile court case.

Then a prime suspect is revealed to be one of Hollywood's most popular and powerful talent managers -- and best friend to the victim's father. With the director vouching for the manager's innocence, the Hollywood media machine commences an all-out war designed to discredit both Rachel and her case.

Killer Ambition is at once a thrilling ride through the darker side of Tinseltown and a stunning courtroom drama with the brilliant insider's perspective that Marcia Clark is uniquely qualified to give.

A Columbine-style shooting at a high school in the San Fernando Valley has left a community shaken to its core. Two students are identified as the killers. Both are dead, believed to have committed a mutual suicide.

In the aftermath of the shooting, LA Special Trials prosecutor Rachel Knight teams up with her best girlfriend, LAPD detective Bailey Keller. As Rachel and Bailey interview students at the high school, they realize that the facts don't add up.

Could it be that the students suspected of being the shooters are actually victims? And if so, does that mean that the real killers are still on the loose?

Samantha Brinkman, an ambitious, hard-charging Los Angeles criminal defense attorney, is struggling to make a name for herself and to drag her fledgling practice into the big leagues.

Sam lands a high-profile double-murder case in which one of the victims is a beloved TV star―and the defendant is a decorated veteran LAPD detective. It promises to be exactly the kind of media sensation that would establish her as a heavy hitter in the world of criminal law.

Though Sam has doubts about his innocence, she and her two associates (her closest childhood friend and a brilliant ex-con) take the case. Notorious for living by her own rules―and fearlessly breaking everyone else’s―Samantha pulls out all the stops in her quest to uncover evidence that will clear the detective.

But when a shocking secret at the core of the case shatters her personal world, Sam realizes that not only has her client been playing her, he might be one of the most dangerous sociopaths she’s ever encountered.

For defense attorney Samantha Brinkman, it’s not about guilt or innocence—it’s about making sure her clients walk.

In the follow-up to bestselling Blood Defense, Samantha is hired as the legal advocate for Cassie Sonnenberg after a brutal stabbing left the teenager’s father and brother dead, and her mother barely clinging to life. It’s a tabloid-ready case that has the nation in an uproar—and Sam facing her biggest challenge yet. Why did Cassie survive? Is she hiding something?

As Sam digs in to find the answers, she’s surprised to find herself identifying with Cassie, becoming more and more personally entangled in the case. But when Sam finally discovers the reason for that kinship, she faces a choice she never imagined she’d have to make.

When the daughter of prominent civil litigator Graham Hutchins is found with her throat slashed, the woman’s spurned ex-boyfriend seems the likely suspect. But only days later, the young man dies in what appears to be a suicide. Or was it?

Now authorities are faced with a possible new crime. And their person of interest is Hutchins. After all, avenging the death of his daughter is the perfect reason to kill. If he’s as innocent as he claims, only one lawyer has what it takes to prove it: his friend and colleague Samantha Brinkman.

It’s Sam’s obligation to trust her new client. Yet the deeper she digs on his behalf, the more entangled she becomes in a thicket of family secrets, past betrayals, and multiple motives for murder. To win her case, she’s prepared to bend any law and cross any boundary that stands in her way.

Sam has always played by her own rules, and it’s always worked…so far. But this case cuts so deep and so personal that one false move could cost her everything.

When it comes to relationships and self-preservation, defense attorney Samantha Brinkman has always been cut and run. But it’s different with her new lover, Niko, an ambitious and globally famous entrepreneur. Sam is putting her faith in him. She has to. He’s also her new client―a suspect in the murder of an investor whose shady dealings turned Niko’s good life upside down.

He had the motive: revenge. As did many others who banked a fortune on the wrong man. That’s a point in Niko’s favor. So is his alibi for the day of the slaying. Until that alibi mysteriously disappears. As Sam’s feverish search for another viable killer begins, the investigation only leads deeper into Niko’s past and its secrets.

From the darkest suspicions to final judgment, fighting for Niko is Sam’s job. To do it, she must risk everything on a man who could make all her worst fears come true.