Cassandra Rose Clarke is an American author of fantasy and young adult novels.

Cassandra currently resides in Houston, where she works and looks after several cats.

She is a beneficiary of the Susan C. Petrey Clarion Scholarship Fund. 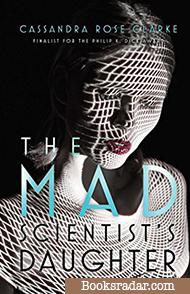 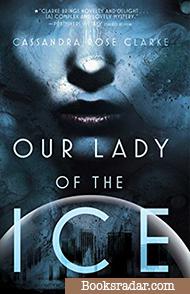 Our Lady of the Ice 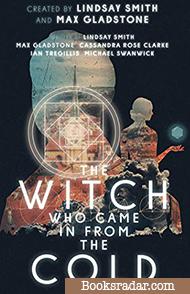 The Witch Who Came in from the Cold 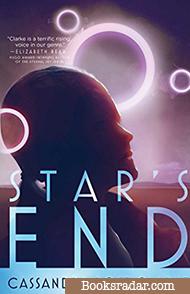 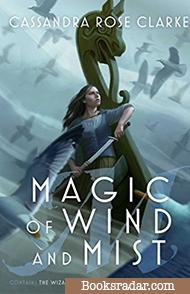 Magic of Wind and Mist 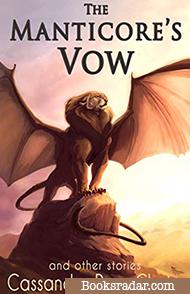 The Manticore's Vow ​(And Other Stories) 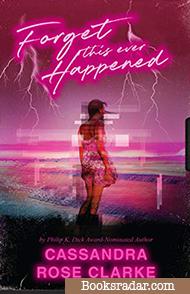 Forget This Ever Happened 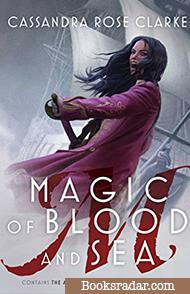 Magic of Blood and Sea 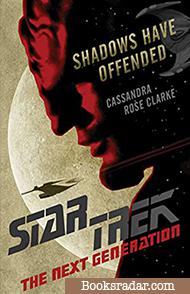 Shadows Have Offended: Star Trek, The Next Generation
HALO 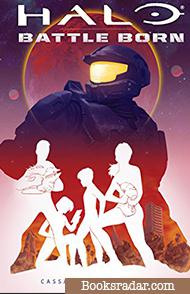 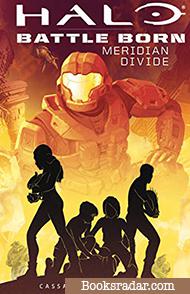 Years ago, when Cat Novak was young, her father brought an experimental android named Finn, to their remote home.

An experiment worth a ridiculous amount of money, Finn appears and behaves as though he were a human, even though he has no wishes of being one.

Designed for the sole purpose of assisting his masters, he does his assignments diligently.

Now tasked with tutoring Cat, the bond between the two grows stronger as they spend more and more time together.

However, when robots are accorded rights by the government, Finn isn’t sure what the future holds for him.

And as their relationship intensifies, the threat of being torn apart grows stronger.

Our Lady of the Ice

Located in Antarctica, Hope City is the southernmost city in the world.

Protected by a glass dome and an ailing infrastructure, its residents are shielded from the ruthless cold and vicious winds.

Within the glass dome reside four individuals, not all necessarily human, who will forever change the fate of the city.

Eliana Gomez, a female PI, is desperate to get to the mainland.

Diego Amitrano is the most trusted ally of the gangster who controls the city’s food during the coldest season.

Marianella Luna is an aristocrat harboring a deadly secret.

Sofia is an android who has just started evolving.

When winter hits, skirmishes will erupt, and dreams will fade.

The Witch Who Came in from the Cold

Like
The Witch Who Came in from the Cold

Beyond the cloud of cigarettes and vodka exists a different side of Prague amidst the Cold War.

It’s a place where secret agents use wizardry in their devious schemes.

Whereas political lines are as explicit as the Iron Curtain, the battles of magic are never clean, and the battling forces of Ice and Flame move test borders and allegiance.

KGB agent Tanya Morozova becomes the latest in a series of Ice sorceresses, whereas Gabe Pritchard is a CIA agent and a hesitant Ice recruit.

Although rivals at one point, the two are forced to work together.

And their alliance is as fiery as the Cold War itself.

The Corominas are the owners of a tiny planet system, made up of one gaseous planet and four terraformed moons, dubbed the Four Sisters.

As the head of the family, Phillip Coromina—who amassed his riches through a manufacturing enterprise that he began as a youth—is grooming Esme, his eldest daughter, to assume control after his demise.

As Esme gets older and takes charge of the business, she learns more about her father’s organization, and the unsettling facets of its work with alien DNA, and the treachery that alienated her three step-sisters from their father.

Ever loyal to her father, will Esme fulfill his final wish, or confront her role in her family’s disastrous downfall?

Magic of Wind and Mist

Stranded as the novice of an ill-tempered fisherman, Hanna Euli would love nothing more than to become a decent witch.

However, when their boat is hit by a strange storm, Hanna realizes that there could be another side of his apprentice master previously unknown to her, more so when an otherworldly boy named Isolfr requests for her help.

Trapped in a mysterious world known as the Mists after a botched protection spell following an ambush by the sinister Lord Foxfollow, Hanna and Isolfr can’t really tell their friends and enemies apart.

Given how Lord Foxfollow wants to rule over their world, Hanna and Isolfr must survive this deadly realm in order to defeat him.

The Manticore's Vow ​(And Other Stories)

A vain assassin goes on a mission with terrible repercussions.

An aristocratic lady attempting to run away from her past is besieged by pirates.

And a manticore princess embarks on an adventure that will forever change the course of her life.

This book, which won the Next Generation Indie Book Award in Young Adult Fiction, is a collection of three tales set in the world of Magic of Blood and Sea.

It takes a look at beloved figures such as characters Naji, Marjani, and Ongraygeeomryn.

Forget This Ever Happened

Stuck in Indianola, Texas, where she’ll spend her entire holiday looking after ailing Grammy, Claire can’t find anything exciting in this sweltering and neglected part of Texas.

Everything however changes when she discovers something exciting: something out of this world.

There is a confluence of energies at Indianola.

Nothing is what it seems.

There are loquacious lizards beneath the pecan trees; the adorable yet frightening girl next door; the lovely daughter of an influential family; and the prevalent feeling that nothing will ever be the same again.

If Claire doesn’t uncover what is truly going on, she may be stranded there forever!

Magic of Blood and Sea

Ananna of the Tanarau goes rogue after her parents attempt to force her to wed a guy from an ally pirate clan.

Determined to become the captain of her own ship, rather than play second fiddle to an ignorant man, Ananna takes off and is pursued by a hitman hired by her fiancé’s clan.

When Naji, the hired killer, tracks her down, Ananna unintentionally releases a terrible curse with dire consequences.

Forced to join forces, Ananna and Naji work together to complete three tough assignments and reverse the curse.

Will they reverse the curse, evade their foes and address their blossoming attraction?

Shadows Have Offended: Star Trek, The Next Generation

Like
Shadows Have Offended: Star Trek, The Next Generation

When the USS Enterprise is accorded the simple yet inescapable honor of transporting important guests to Betazed for a cultural event, an unexpected disaster takes place on the remote planet Kota.

What should have been a procedural mission however escalates into mayhem.

When historic relics are plundered during the important event, Picard, Worf, and Deanna Troi find themselves dealing with a perilous diplomatic calamity.

Will Doctor Crusher uncover the mystery before it’s too late?

Studying at a tiny high school in the colony world of Meridian, Saskia, Dorian, Evie, and Victor aren’t really close.

Although they all have their fair share of challenges to deal with, they all pale in comparison to the new threat that is about to befall their world.

The Covenant, an alien alliance, suddenly besieges their Meridian.

What exactly do they want?

With their homes destroyed, the four teenagers find themselves trapped outside the town shelter where the remaining survivors have assembled.

Equipped with a few makeshift weapons and a wounded Spartan, will the teenagers save humanity from destruction?

Three months have now passed since the colony world of Meridian was besieged by the Covenant.

Enrolled into an accelerated training program with ONI, the Office of Naval Intelligence, Evie, Dorian, Saskia, and Victor are shocked when they learn that they are being  prepared for a secret mission back home.

But when they discover that the Covenant is on the verge of possessing the Forerunner artifact of untold power, the ONI assigns the teens and their team of militia the responsibility of claiming the artifact for research.

However, when they lose a large portion of their forces, the teenagers are forced to face with their toughest challenge yet, head on.