Born in Sydney, Australia, Clavell is popularly known for writing the Asian Saga series, which was adapted into motion pictures, and for screenwriting films such as The Great Escape, The Fly and To Sir, with Love.

The son of a Royal Navy family, Clavell was captured by the Japanese, at the Fall of Singapore, when he was a youthful artillery officer.

It was this experience as a prisoner of war that inspired his bestselling novel, King Rat (1962).

Clavell primarily resided in Vancouver and Los Angeles, before dying in Vevey, Vaud, Switzerland in 1994 at the age of 72. 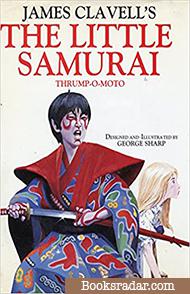 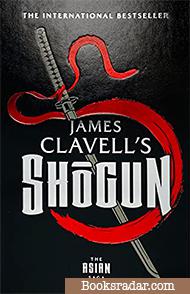 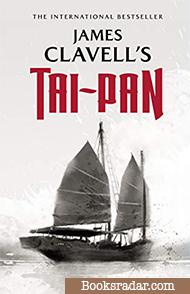 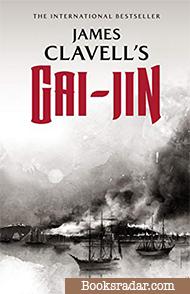 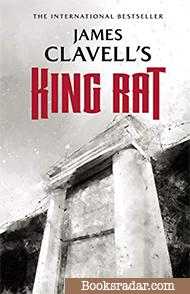 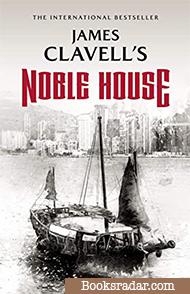 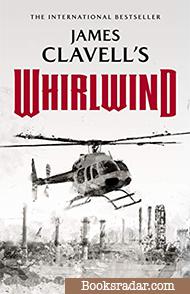 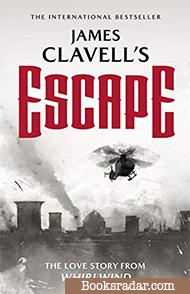 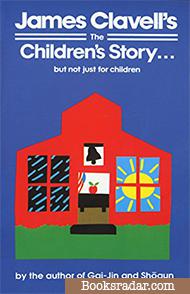 Patricia, a sick little girl waiting for her father to return, is visited by what seems to be a ball of material falling from the sky, but turns into a small Japanese wizard and samurai, Thrumpomoto. This is just one surprise for Patricia in a magic journey, travelling across continents and time.

After Englishman John Blackthorne is lost at sea, he awakens in a place few Europeans know of and even fewer have seen -- Nippon. Thrust into the closed society that is seventeenth-century Japan, a land where the line between life and death is razor-thin, Blackthorne must negotiate not only a foreign people, with unknown customs and language, but also his own definitions of morality, truth, and freedom.

As internal political strife and a clash of cultures lead to seemingly inevitable conflict, Blackthorne's loyalty and strength of character are tested by both passion and loss, and he is torn between two worlds that will each be forever changed.

Powerful and engrossing, capturing both the rich pageantry and stark realities of life in feudal Japan, Shogun is a critically acclaimed powerhouse of a book. Heart-stopping, edge-of-your-seat action melds seamlessly with intricate historical detail and raw human emotion.

Endlessly compelling, this sweeping saga captivated the world to become not only one of the best-selling novels of all time but also one of the highest-rated television miniseries, as well as inspiring a nationwide surge of interest in the culture of Japan.

Dirk Struan rose from humble beginnings to build Struan & Company, also known as the Noble House, into the world's largest Far East trading company. He is now the Tai-Pan--Supreme Leader--of all Tai-Pans in China.

Along the way, however, he made a powerful enemy. Tyler Brock, Struan's rival from their early opium-smuggling days, also heads a large trading fleet, second in size only to Struan's. But it is not only silks and spices that drive their mutual companies' wealth--the opium trade is still booming. War between England and China might be over, but the hostilities remain.

Struan and Brock come to control much of England's trade with China yet neither can control their desires or their hatred of each other. Over the years, their two families will cross paths, threatening to rip both apart, with reverberations that will echo across the generations.

Struan must fight to save his company and his family, or risk seeing everything he has created destroyed at the hands of his sworn enemy.

This epic novel by master writer James Clavell, loosely based on the Namamugi Incident and Anglo-Satsuma War that took place in the late 1800s, is a richly researched, panoramic view of Japan’s budding relationship with the Western powers, its sweeping societal changes, and the political upheaval that followed.

As Malcolm Struan, the son of Culum and Tess Struan, and a small band of Westerners travel down the Tokaido road, they are attacked by two Satsuma samurai, who mortally wound John Canterbury and seriously injure Malcolm, who then finds reprieve in the merchant village of Yokohama after a narrow escape facilitated by the unscathed Angelique.

With a cast of dynamic and fully recognized characters, Gai-Jin spins a tale of passionate love affairs, devastating loss, intense power struggles, and the fight to survive and thrive in a hostile new land that will leave readers longing for another foray into Clavell’s extraordinary Asian Saga.

Japanese POW camp Changi, Singapore: hell on earth for the soldiers contained within its barbed wire walls. Officers and enlisted men, all prisoners together, yet the old hierarchies and rivalries survive.

An American corporal, known as the King, has used his personality and wiles to facilitate trading with guards and locals to get needed food, supplies, even information into the camp. The imprisoned upper-class officers have never had to do things for themselves, and now they are reduced to wearing rags while the King's clean shirt, gained through guts and moxie, seems like luxury in comparison.

In the camp, everything has its price and everything is for sale. But trading is illegal--and the King has made a formidable enemy. Robin Grey, the provost marshal, hates the King and all he represents. Grey, though he grew up modestly, fervently believes in the British class system: everyone should know their place, and he knows the King's place is at the bottom.

The King does have a friend in Peter Marlowe, who, though wary of the King and himself a product of the British system, finds himself drawn to the charismatic man who just might be the only one who can save them from both the inhumanity of the prison camp but also from themselves.

Powerful and engrossing, King Rat artfully weaves the author's own World War II prison camp experiences into a compelling narrative of survival amidst the grim realities of war and what men can do when pushed to the edge. A taut masterwork of World War II historical fiction by bestselling author James Clavell.

The tai-pan, Ian Dunross, struggles to rescue Struan's from the precarious financial position left by his predecessor. To do this, he seeks partnership with an American millionaire, while trying to ward off his arch-rival Quillan Gornt, who seeks to destroy Struan's once and for all.

Meanwhile, Chinese communists, Taiwanese nationalists, and Soviet spies illegally vie for influence in Hong Kong while the British government seeks to prevent this. And nobody, it seems, can get anything done without enlisting the aid of Hong Kong's criminal underworld. Other obstacles include water shortages, landslides, bank runs and stock market crashes.

Tehran, Iran 1979: Simmering religious tensions finally explode, and the Iranian people rise up against the Shah. The country, once secular, is now thrown back into an orthodoxy that threatens to tear it apart. The United States and Russia go on high alert, with warships heading to the Middle East. The region becomes a powder keg, waiting to explode.

Caught up in the revolution are a British helicopter company and its pilots. The oil fields of Iran need helicopters to ferry workers and administrators, and when the main US aviation company pulls out of Iran fearing what might come next, S-G Helicopters steps in to fill the void.

Soon they realize that they, too, must leave or risk losing all their machines to whomever takes control of the country. The company risks bankruptcy if that happens--which would ruin Andrew Gallavan and reveal that the company is actually owned by a secret Hong Kong-based consortium: Noble House, controlled by the Struan family.

Caught in between is his son, Scot, a pilot in Iran who must help save his father's company, but also the other pilots and their families. In a risky move, the pilots concoct a plan to get their choppers out of Iran. But will they be able to escape a country crumbling around them before it's too late?

Tehran, Iran 1979: Simmering religious tensions explode and the Shah is forced to flee Iran. A British helicopter company--secretly owned by the Noble House of Hong Kong--with a fleet of helicopters registered in Iran faces bankruptcy if their copters are claimed or destroyed by the uprising.

The pilots need to escape, but they've built lives in Iran, some even have families. Finnish pilot Erikki Yokkonen has married Azadeh, an Iranian woman of noble birth, whose family is caught up in the political situation exploding around them.

Tasked with saving as many of the helicopters as he can and desperate to save his love, Erikki and Azadeh become caught up in the events around them.

It was a simple incident in the life of James Clavell—a talk with his young daughter just home from school—that inspired this chilling tale of what could happen in twenty-five quietly devastating minutes.

He writes, "The Children's Story came into being that day. It was then that I really realized how vulnerable my child's mind was —any mind, for that matter—under controlled circumstances. Normally I write and rewrite and re-rewrite, but this story came quickly—almost by itself. Barely three words were changed. It pleases me greatly because I kept asking the questions…

Questions like, What's the use of 'I pledge allegiance' without understanding? Like Why is it so easy to divert thoughts? Like What is freedom? and Why is so hard to explain?

The Children's Story keeps asking me all sorts of questions I cannot answer. Perhaps you can—then your child will...."