Alan Cook is an American author of mystery, thriller and young adult novels.

Having spent well over a quarter of a century as a pioneer in the computer industry, Alan is now pursuing a career as a writer.

Alan currently lives on a hill in Southern California with his wife, Bonny. 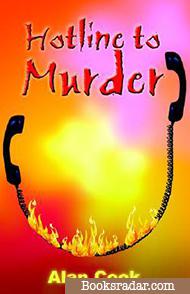 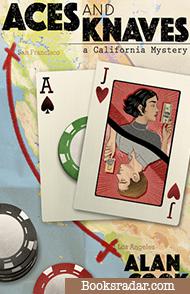 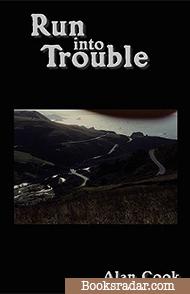 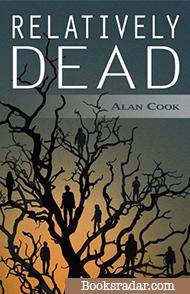 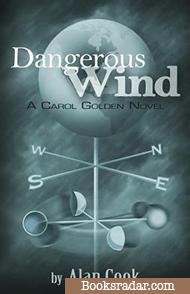 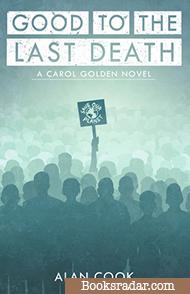 Good to the Last Death 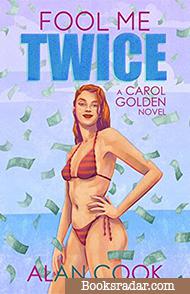 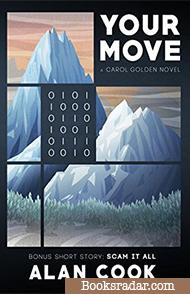 Your Move
Charlie and Liz Books 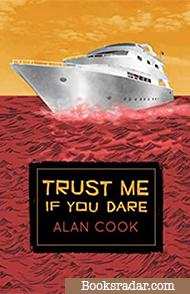 Trust Me if You Dare 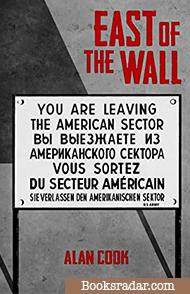 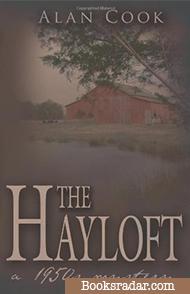 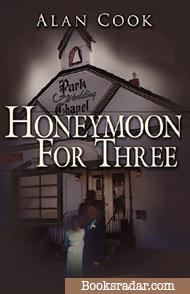 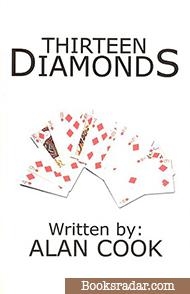 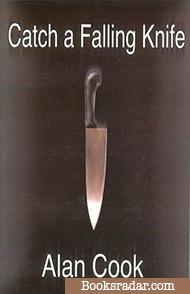 Shahla Lawton also joins the Hotline, albeit in an effort to fulfill a volunteering requirement for her high school.

The two however get caught up in the middle of a murder investigation after Shahla’s best friend, Joy, who is a listener, is brutally murdered.

Who are the “inappropriate” callers who haunt the Hotline?

Who could have wanted the beautiful Joy dead?

Will Shahla survive when the killer strikes again?

Karl Patterson is an occasional baseball card dealer who has a rocky relationship with his father, despite living rent free in his father’s estate on the Palos Verdes Peninsula near L.A.

So when Richard Patterson, founder and CEO of a prosperous software company named Dionysus, requests him to help determine whether Ned Mackay, the company’s second in command, has a gambling problem, Karl is quite surprised.

Ned’s lifeless body is however discovered in his car way before Karl makes any progress.

What exactly happened to Ned? Will it have any effect on his father and Dionysus?

Drake and Melody are teamed up for a race along the California Coast. The prize: a million dollars.

Although they once undertook a covert assignment in England together, neither knows that the other is in the race before it begins.

The remaining nine pairs of runners are made up of renowned marathoners, including a Boston Marathon winner.

But despite the already stiff competition, someone tries eliminating Drake from the race before it even begins.

As if that were not enough, Drake and Melody are also blackmailed not to drop out of that same race.

What on earth is going on?

She has no recollection of who she is or how she even ended up in a Dumpster, naked and unconscious, on the stunning Palos Verdes Peninsula in Southern California.

Officially declared a non-person, Carol struggles to get anything done given that she has no Social Security number, no birth certificate, no driver's license and no I.D.

Helped by Rigo Ramirez, the young man who found her, and Frances Moran, a genetic genealogist renowned for finding people using DNA and the Internet, nobody seems to be looking for Carol—except the person who tried to kill her.

Will the person return to finish the job?

Journeying from North Carolina to Los Angeles, Carol Golden hopes to attend the memorial service for a murdered cousin and also find out whether the scammer could very well have been the murderer.

But as she soon find out, somebody wants the truth to remain buried.

A group going by the name The Syndicate is marketing what looks like a Ponzi scheme, with at least one of her cousins possibly involved.

Could this lead her to the killer?

Will Carol uncover shocking things about her relatives?

Perhaps not finding them could have been the best thing for her.

Kidnapped under mysterious circumstances, Carol Golden—who still has amnesia—is requested to help track an ex-boyfriend she remembers nothing about.

Apparently, the former boyfriend is allegedly plotting the downfall of the Western World.

In this third installment of the Carol Golden Series, Carol goes on a dangerous adventure across all seven continents, both pursuing and being pursued.

The biggest question however is, who wants to protect humanity and who is greedy enough to plunge the whole world into turmoil?

Now happily married and working as a part-time volunteer listener on a crisis hotline, Carol Golden receives a shocking call from a man named Danny, who claims that his life is in danger.

Determined to help Danny, who is also a backgammon player like herself, Carol breaks the rules and tracks down the caller.

And as she soon discovers, backgammon isn’t the gentle game after all.

With players mysteriously dying and gambling connections emerging, not to mention links to a clandestine spy agency, Carol will need all the help that she can get to uncover the mystery.

Will she however live long enough to find the truth?

Good to the Last Death

1
Good to the Last Death

Carol Golden finds herself in a desperate search for her husband, Rigo, who mysteriously vanishes.

Forced to evade the FBI who believe that she could be linked to the disappearance, Carol turns to Jennifer, her friend and spy-in-training, for help.

As the two friends begin the search, they find out about an organization of “good” determined to save the earth from pollution and global warming—no matter the cost.

Undertaking activities that could very well mirror those of the most brutal tyrants of the twentieth century, the group rationalizes their actions in the name of finding solutions.

Rigo may however end up being the first casualty.

When Carol Golden, who is now the mother of a lovely one-year-old boy, is asked to help a longtime friend of her in-laws, it already proves to be too late as retired business professor Peter Griffenham has already been swindled out of his money.

When actress Amy, the main suspect in the theft, mysteriously vanishes, Peter is unwilling to go to the police, worried that his son, David, will use his mental lapse as an excuse to attempt taking over control of his entire estate.

As the scammers intensify their quest to steal more of his money, will Carol help Peter from being fooled for a second time?

When employees of subsidiaries of conglomerate Ault Enterprises start dying, Carol Golden is brought in to help catch the killer.

Their search for clues takes them all the way to Mount Whitney, the highest peak in the continental U.S., and other unexpected places such as California’s Lost Coast region.

When bits of her amnesiac past however come back to haunt her, will Carol be focused enough to win this dangerous game?

Trust Me if You Dare

1
Trust Me if You Dare

Charlie Ebersole, a securities analyst working for International Industries in Los Angeles, is fed up of being stationed behind a desk for the most part—given how good he is at his job.

Pouncing on the chance to join the fraud section of II, Charlie partners with fellow employee Elizabeth Reid on a case; one that will take them to Buffalo, Fort Lauderdale, and perhaps Fidel Castro’s Cuba.

Uncovering a Ponzi scheme however isn’t as fun as it sounds.

And when things get too hot, sitting behind a desk at their nice offices in L.A suddenly doesn’t seem like the worst idea for Charlie and Liz.

East of the Wall

1
East of the Wall

It’s June of 1963. The Berlin Wall has stood for nearly two years.

The CIA is struggling with their intelligence operation in East Germany, dubbed GDR, due to the Stasi—the East German secret police whose surveillance system is unmatched.

When word emerges that the Germans were working on a weapon of mass destruction during WWII that was never completed, the U.S. intelligence service lauches a desperate mission to ensure that the information doesn't fall into the hands of the Soviets.

When financial analysts Charlie Ebersole and Liz Reid are brought in to get the information, will they succeed in their assignment just like they did in Cuba?

Gary Blanchard is kicked out of school just two weeks into his senior year of high school, only to join another school soon afterwards.

The only problem is that this is the school where his cousin, Ralph, died under uncertain circumstances six months earlier.

Although Ralph's death was concluded to have been an unfortunate accident, Gary thinks otherwise, given people’s reaction whenever he brings up the subject.

Did Ralph really fall from the auditorium balcony? Or did something sinister take place?

Was his death tied to a diamond necklace?

Does the principal have an unhealthy liking for boys?

These are just some of the questions that Gary needs to answer in order to uncover the truth.

The year is 1964, a decade after Gary Blanchard's high school adventures.

Gary is madly in love with Penny, and the two are planning on tying the knot.

Having met through an L.A computer matching service, the two believe that they are destined to be together.

Penny is however concerned that her previously superficial attitude toward marriage may ruin her chances, given how her best friend, Emily, was viciously murdered a year ago—just two days before her big day.

What she doesn’t know is that she has a stalker named Alfred, a former high school classmate who is not only obsessed with bellybuttons, but is also convinced that Penny is the girl for him.

Having grown weary and impatient of living in a retirement community, Lillian Morgan finally gets some much needed excitement in her life after a fellow resident drops dead at the bridge table.

The interesting part is that the person died while holding a perfect hand of thirteen diamonds.

Fascinated by the near-impossible nature of the event, Lillian puts her mathematical background to work as she endeavors to solve the mystery—with her lovely granddaughter and friends there to assist her.

But as Lillian will soon learn, someone can’t afford to let the truth be revealed.

When Mark, the boyfriend to her granddaughter, is accused of sexual harassment not long after starting a teaching job at a small college, Lillian Morgan instantly comes in to help.

But as she soon discovers, the "harassment policy from hell" could very well mark the end of Mark’s career.

Things become more intriguing when a student is brutally murdered, with Mark considered as the main suspect.

Determined to exonerate him, Lillian forms an improbable partnership with the owner of a strip club.

And it doesn’t take long for her to discover that life on campus isn't what it used to be—if at all it ever was.