She used the pseudonym when writing mystery and thriller books.

Born in New Jersey, she did her undergraduate studies (English major) at Wellesley College, and earned her M.A. and Ph.D from Columbia University.

For more than 30 years, Heilbrun taught English at Columbia, and became the first woman to receive tenure in the English Department.

Heilbrun is best known for writing the bestselling Kate Fansler mystery series, as well as several academic books, including the feminist study Writing a Woman's Life (1988) and Education of a Woman: The Life of Gloria Steinem (1995), which are published under her real name.

A co-founded and co-editor of the Columbia University Press's Gender and Culture Series, alongside literary scholar Nancy K. Miller, Heilbrun worked as the Avalon Foundation Professor in the Humanities at Columbia, until her retirement in the early 90s. 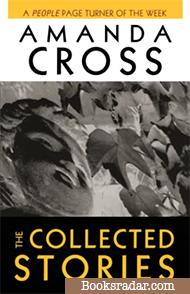 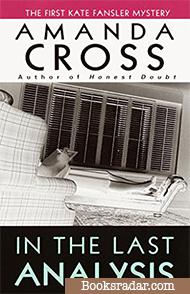 In the Last Analysis 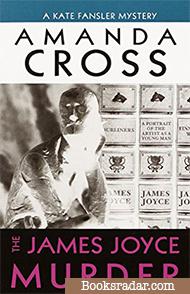 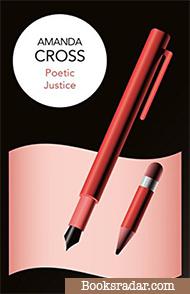 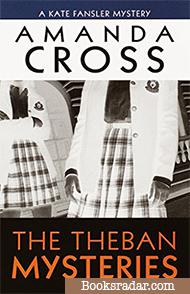 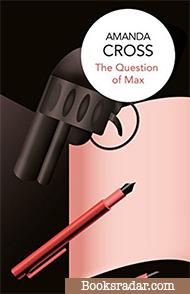 The Question of Max 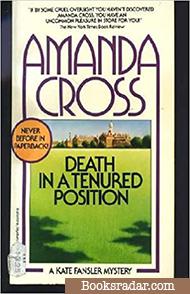 Death in a Tenured Position 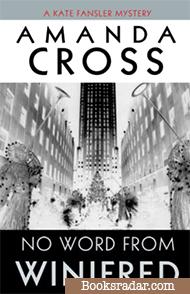 No Word From Winifred 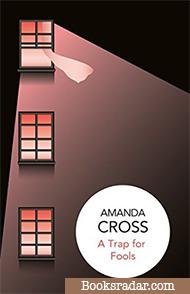 A Trap for Fools The Edge of Doom

Amanda Cross is master of the American literary whodunit. In her delicately menacing short fiction, assembled here in one volume, dangerous impulses seize the most unlikely individuals, and everyday existence is fast eclipsed by the bizarre.

Among the compelling intrigues: The cold-blooded murder of Mrs. Byron Lloyd, shot dead during a writers' panel discussion...the enigma of the nameless toddler who walks out of the bushes one New England summer afternoon...the reappearance of a missing Constable drawing just where it can cause the most trouble...and other wonderful mysteries, many of which star the incomparable amateur sleuth Kate Fansler.

In the Last Analysis

Seven weeks later, the girl is stabbed to death on Emanuel's couch--with incriminating fingerprints on the murder weapon. To Kate, the idea of her brilliant friend killing anyone is preposterous, but proving it seems an impossible task.

For Janet had no friends, no lover, no family. Why, then, should someone feel compelled to kill her? Kate's analytic techniques leave no stone unturned--not even the one under which a venomous killer once again lies coiled and ready to strike...

Kate Fansler is vacationing in the sweet and harmless Berkshires, sorting through the letters of Henry James. But when her next-door neighbor is murdered, and all her houseguests are prime suspects, her idyll turns prosaic, indeed....

Student riots have ravaged the distinguished New York City university where Kate Fansler teaches. In the ensuing disarray, the survival of the university's plebeian stepchild, University College, seems doubtful. President Jeremiah Cudlipp is snobbishly determined to ax it; and as sycophantic professors fall in line behind him, the rally of Kate and few rebellious colleagues seems doomed. It is a fight to the death, and only a miracle--or perhaps a murder--can save their beloved institution...

For a century, wealthy New York girls have been trained for the rigors of upper class life at the Theban, an exclusive private school on the Upper East Side of Manhattan. Kate Fansler is lured back to her alma mater to teach a seminar on Antigone.

But a hostile note addressed to Kate, the uniform mistrustfulness of her six, bright students, and the Dobermans that patrol the building at night suggest trouble on the spot. As Kate leads her class through the inexorable tragic unfolding of Antigone, a parallel nightmare envelops the school and everyone connected with it...

Once again, Kate Fansler tries to take a break from her full time career as a literature professor and amateur sleuth. She finds refuge in a rural retreat - the last place she thought her friend Max would come to visit.

When he asks to be driven to the home of a recently deceased family friend Kate can't resist the opportunity to learn more about of one of her literary heroes, Cecily Hutchins. But what starts as a light-hearted trip to the coast of Maine, ends with Kate discovering a body on the rocky shore. A body of one of her students.

Kate takes it upon herself to find out what really happened. Can her own presence at the scene just be a coincidence? And how much can she really trust Max?

When Janet Mandelbaum is made the first woman professor at Harvard's English Department, the men are not happy. They are unhappier still when her tea is spiked and she is found drunk on the floor of the women's room. With a little time, Janet's dear friend and colleague Kate Fansler could track down the culprit, but time is running out....

When Clare College's resident eccentric Patrice Umphelby is found drowned in the campus lake, it's called a suicide. But the college president grows suspicious and calls in noted professor/detective Kate Fansler to research the matter. Ingratiating herself with her academic colleagues to learn more about Patrice's life, Kate digs up the evidence she needs to understand her death....

When Winifred, the niece of a renowned British novelist goes missing after she agreed to be interviewed for her esteemed aunt's biography, the biographer taps Kate Fansler to find her. Kate spots clues all right, but finding the person is a lot trickier than she thought....

When Kate Fansler is offered the exciting prospect of writing a biography of Gabrielle Foxx, the obscure and enigmatic wife of a great modernist author, she accepts. But what she discovers when she meets three charming women connected with the Foxx family since childhood is a veil of secrecy that hides a fantastic pattern of events, a shocking secret that fifty years have done nothing to defuse, and a strange truth that she can never reveal....

While guest-teaching a semester at Schuyler Law School, Kate Fansler gets to know an extraordinary secretary named Harriet, who patterns her life after John le Carré's character George Smiley. Harriet reveals that Schuyler has some serious skeletons swinging in its perfectly appointed closets, including the fate of Schuyler's only tenured female professor and a faculty wife who has killed her husband.

As if Kate doesn't have enough to tackle, she is also up against the men who comprise the faculty of Schuyler itself--a thoroughly unapologetic bastion of white male power, mediocrity, and misogyny. Although she has only a few months on campus, Kate refuses to let Schuyler's rigid ideals and insistence on secrecy suppress her indefatigable curiosity--or her obsession with the truth...

When the body of Canfield Adams, a professor of Middle Eastern culture, is found on he pavement seven stories below his open office window, the police think it was suicide. But those who knew the professor, knew that there were numerous people--on campus and off--who would have relished pushing him. Kate is asked to investigate, and she herself is not sure she wants to succeed. For the murderer may well be a student she cares about...or a colleague...or even a friend....

Kate Fansler's husband, Reed, has been kidnapped--and will be killed unless Kate obeys the carefully delineated directives of a ransom note. Tormented by her own puzzled heart, Kate seeks solace and wise counsel from both old friends and new.

But who precisely is the enemy? Is he or she a vengeful colleague? A hostile student? A terrorist sect? The questions mount as Kate searches for Reed--accompanied by her trusty new companion, a Saint Bernard puppy named Bancroft. Hovering near Kate and Bancroft are rampant cruelties and calculated menace. The moment is ripe for murder...

Professor Charles Haycock is dead from a hearty dose of his own heart medication. The mystery is not why Haycock was murdered—very few could stomach the woman-hating prof—but who did the deed.

Estelle "Woody" Woodhaven, a private investigator hired to find the killer, naturally enlists the help of that indefatigable amateur sleuth, Kate Fansler. Together, they start to pull at the loose ends of the very tangled Clifton College English Department. The list of suspects is longer than the freshman survey reading list.

And as the women defuse the host of literary landmines set out for them, Woody suspects they're only scratching the surface of a very large and sinister plot...

Just when Kate Fansler thinks life couldn’t possibly hold any more surprises, she receives a phone call from Laurence, the eldest of her imperious brothers. But a woman as sharp as Kate knows that the moment one stops believing in life’s little bends in the road is the time when it has more twists in store.

Kate has always been different from the other Fanslers–a free and independent thinker in a family where propriety and decorum are prized above all. She has always assumed it was because she was the youngest and the only girl in the family. But over a drink with Laurence, Kate’s whole understanding of herself is thrown into question as he calmly tells her that a strange man came to his office claiming to be Kate’s father–and it’s quite possible that she is not a Fansler after all.

There are even more dangerous curves in the road for Kate Fansler, especially after she meets the man who calls himself her father. When more life-threatening secrets and lies emerge, Kate and the Fansler family are suddenly pitched perilously close to the edge of doom