Rich Curtin is an American author of the mystery and crime fiction series, Manny Rivera Mystery.

Fascinated by the high desert from a young age, Curtin lived in Moab, Utah for some time, where he has spent countless memorable days and nights hiking, jeeping, rafting, and camping out in the rurals of the Four Corners region.

He knows the canyon country that features heavily in his books like the palms of his hands, and has been an Amazon Kindle Top-100 Author. 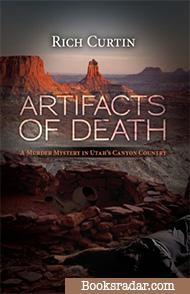 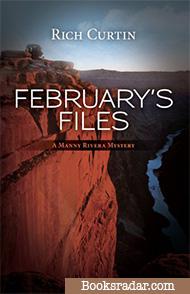 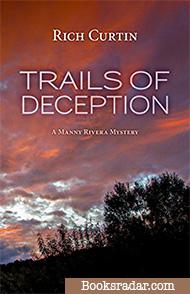 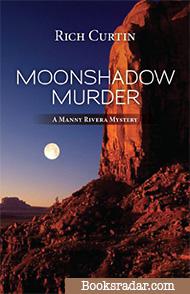 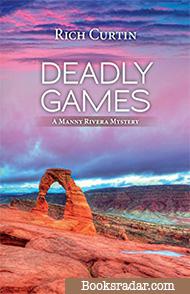 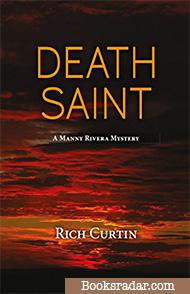 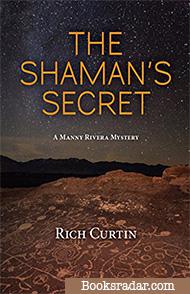 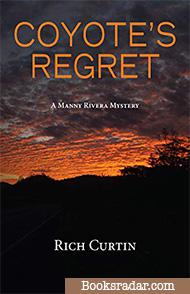 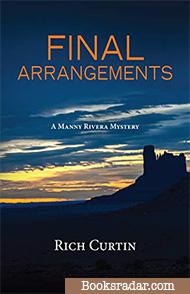 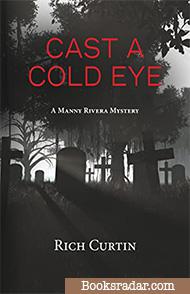 Events which took place in 1938 lead to the present-day killing of a ranch hand in the remote canyon country near Moab, Utah, a mecca for outdoor adventure seekers. The only clue besides a 9-mm slug in the victim's head is an ancient-Indian potsherd stuck into his chest.

Deputy Sheriff Manny Rivera is assigned the case and judges that it's likely related to a drug deal gone bad. But he's actually up against an intelligent and cunning adversary driven by greed who's discovered a long-forgotten cave containing a collection of rare museum-quality Indian artifacts.

Local politicians and merchants are exerting strong pressure on the sheriff for a quick resolution to the case as the killing is threatening to disrupt the upcoming tourist season, Moab's sole source of economic activity. After all, who would want to explore the backcountry with a killer on the loose out there?

In the end, Rivera faces a moral crisis: Should he enforce the law or serve the cause of justice? And a woman learns the answer to a question that's been haunting her for seventy years.

A skeleton buried in a makeshift stone grave is discovered on a remote bluff overlooking Labyrinth Canyon in southeast Utah. Cause of death: a bullet to the back of the head.

The victim turns out to be a controversial investigative journalist from New York City who moved to Moab a few years earlier for some peace and quiet. That's what he found, but only for a little while. He couldn't shut off his investigative instincts and that eventually cost him his life. Even small towns have secrets worth killing for.

Manny Rivera, a Grand County deputy sheriff, is assigned the case. In pursuit of the murderer, he takes the reader on a journey involving a tragic fifty-year-old bus accident, the inner workings of a local Health Department, a talented computer hacker, and an abandoned cemetery with an elderly caretaker.

Time is of the essence, as an unsolved murder in the backcountry will inevitably inhibit tourism, Moab's sole economic driver. To solve the case, Rivera must unravel a series of four puzzling questions. In the end, he is challenged by a moral dilemma, testing his commitment to the letter of the law.

Protesters in downtown Moab are demonstrating against pothunters who defile ancient-Indian graves in search of valuable artifacts. A manifesto threatening stronger action in retaliation for the pothunting is received by the local newspaper. Soon thereafter, a San Francisco artifact collector is found murdered in a remote part of the LaSal Mountains. In his backpack is a freshly-dug ancient-Indian pot. Subsequent acts of lawless defiance emphasize the serious nature of the protest.

Deputy Sheriff Manny Rivera is assigned the job of tracking down the cold-blooded killer. His investigation takes him to a scientific research center, the home of a curandera, a charitable hospice, and a remote part of Utah called the Big Triangle. The series of crimes threatens to derail Moab's tourist economy, so Rivera is under pressure to solve the case quickly. But clues are sparse and Rivera's well-honed sense of logic is severely tested.

A nineteen-year-old girl named Sunshine disappears one evening from the backcountry commune where she lives. She's found the next day about a mile away, dead by strangulation.

The other residents of the commune, an unusual collection of dropouts from society, are all potential suspects as Deputy Sheriff Manny Rivera tries to make sense of an odd collection of clues. In the end, the deputy's own life is endangered as he gets closer to understanding the motive for Sunshine's murder

In the quiet library of his luxurious penthouse apartment in Washington, DC, Wallace Lamont, Chairman of a large industrial conglomerate, plots the defeat of Congressman Matthew Monroe in the upcoming primary election. The Congressman, a staunch environmentalist from southern Utah, is blocking a large contract that Lamont’s firm desperately needs.

Lamont’s plan is to resurrect the Sagebrush Rebellion of the 1980s, a time when the hard working citizens who lived in the West and used public lands for cattle grazing, timber cutting, and mining, fought against the Bureau of Land Management and its burdensome environmental regulations. By re-igniting the flames of discontent in rural Utah, Lamont hopes to turn the voting public against Monroe.

Lamont hires a political operative by the name of Oblonsky who specializes in dirty tricks. Oblonsky arrives in Moab, Utah, and takes steps to stir up trouble. He’s creative and effective, and wastes no time pitting environmentalists against cattlemen who graze their herds on public lands. Things quickly get out of hand, leading to devastating consequences.

New clues in an old, unsolved murder case lead Deputy Sheriff Manny Rivera from Moab, Utah, to a small, remote village in the mountains of northern New Mexico. With reluctant and sometimes non-existent assistance from the local sheriff, he enters a community of people unwilling to open up with him because of a centuries-old distrust of outsiders—outsiders were the ones who stole their land grant.

He slowly penetrates their hardened attitude toward strangers and learns about a series of bizarre events which took place there fifteen years ago. As layers of the case are peeled away, he begins to understand the complexities behind a number of mysterious deaths. Local cultural beliefs—superstitions, witches, evil spells, owl power, a secret religious organization, and a strange saint—stymie his progress, complicate his investigation, and threaten his life.

A member of "The Keepers of Order," an armed militia determined to hunt down the culprits who have been poaching bighorn sheep, is shot while patrolling one of the remotest parts of Utah's rugged backcountry. In pursuit of the shooter, Deputy Sheriff Manny Rivera stumbles upon another crime linked to the activities of a Ute medicine man who roamed those same lands in the early 1700s.

With the help of a smart, young anthropologist, Rivera plunges into the past to unravel a sequence of bizarre events underlying a shocking murder. In the end, he’s once again forced to choose between enforcing the letter of the law and serving the cause of justice.

MATTHEW AND WILMA Mason, a married couple from San Francisco on a driving tour of southwest national parks, are found shot to death in the remote and rugged backcountry of southeast Utah. A revolver clutched in Matthew’s hand suggests a murder-suicide, but Deputy Sheriff Manny Rivera thinks otherwise.

In his mind, there are too many unanswered questions. Why had the Masons, at age 68, detoured from the planned vacation route shown on their map? Why had they left the comfort of paved roads for rough, gravel back roads that led to nowhere in particular? Why had they driven to the place where they were found, next to an abandoned grass airstrip?

And most peculiar of all, why were they dressed like hippies from the 1960s?

Iggy Webb, a Moab rockhound who makes his living finding beautiful rocks in the Utah backcountry and selling them to tourists, is found shot to death in the modest motorhome where he lives. Deputy Sheriff Manny Rivera is assigned the case. The only immediate clue is a crumpled piece of notepaper in Iggy’s wastebasket which has some figures written on it.

Finding a motive for the killing at first seems impossible, but as Rivera peels back the layers of the case, he discovers a shocking conspiracy unlike anything he's encountered in his professional career. His investigation uncovers tentacles leading to the most unlikely places and motives driven by the darkest of man's imperfections.

RUSTY RANDALL, a young man following his dream of becoming the author of an important work of history, sets out to learn and record the past events which took place on the Whitmire Ranch since its founding in 1890. The ranch’s history of serving as a refuge for outlaws like Butch Cassidy who were on the run in the remote backcountry of the Utah-Colorado border, makes the project interesting and motivates Rusty to work hard every day.

Four months into his research, his body is found in a remote part of the LaSal Mountains, a small caliber bullet lodged in his brain. Were there activities going on at the ranch that Rusty would have been better off not digging into? Or was his murder related to something else altogether?

Deputy Sheriff Manny Rivera is assigned the case and sets out to learn the motive for the killing, and through that, identify the perpetrator.