Katie Delahanty is an American author of young adult and contemporary romance novels.

Born in Pittsburgh, Pennsylvania, she graduated from UCLA with a BA in Communication Studies, and a Professional Designation in Fashion Design from the Fashion Institute of Design & Merchandising.

A fashion designer by profession, Katie never thought about telling her own stories until she was requested to start a blog for the fashion company that she worked.

She currently lives in Los Angeles with her husband and their three children—young twin daughters and toddler son. 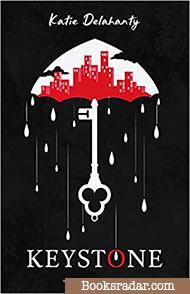 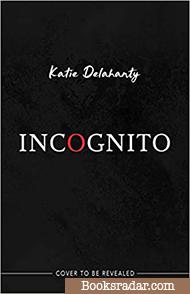 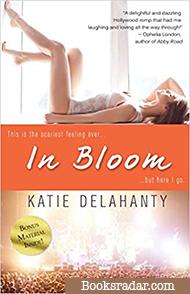 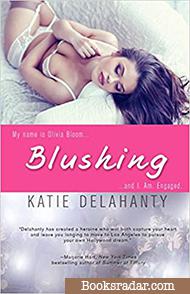 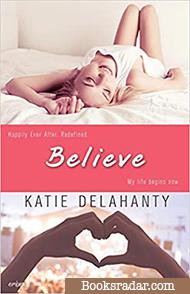 Upon joining the Social Stock Exchange, Ella Karman discovers that being a high-profile “Influencer” is nowhere near what she had hoped for.

Virtually everyone is obsessed with their rankings and doing something that will make them the talk of town.

So when her closest friend stabs her in the back, something that takes a toll on her rankings, Ella abandons everything and joins Keystone—an undisclosed school where students are groomed to steal everything analog and original.

Paired with the gorgeous and secretive Garrett Alexander, Ella ends up going back to the Influencer world, while uncovering a decades-long plot.

If she messes up, she’ll end up losing everything for a second time.

While attempting to run off with a cassette from Andy Warhol’s Time Capsules, Elisha Dewitt encounters Garrett Alexander.

She has never forgotten about him since the night they shared after his Initiation Heist.

And now, they both want the tape.

On top of that, scans reveal that Elisha and Garrett’s brains complement each other, forming the keystone to the quantum computing.

Forced to battle against Garrett, Elisha must choose who to trust: Allard and the thieves who provided her with a place to stay; Nash, the boy who always made her hopeful of the future; or Garrett, her foe who she can’t forget.

Will she avert the threat to reset history and alter the course of humanity?

When I packed up all my possessions in my beat up Volkswagen and left for Los Angeles with the hopes of becoming a costume designer, never in my wildest dreams had I ever pictured myself designing for a lingerie company.

Although the new lifestyle is great, never short of fashion shows and parties, nothing excited me as much as when the sexy lead singer of my favorite band started hitting on me.

How does an average girl from Pittsburgh end up with the hottest rock star alive?

Although Berkeley is the perfect boyfriend, all the attention by the press is really getting to me.

Now living the dream life, how long will I keep this up?

I thought that I would never have to worry about anything else after Berkeley knelt down on one knee; that he would go on tour with his band while I would continue working for a lingerie company. How wrong I was.

As it turns out, Berkeley is about to star in a film with his sexy ex, Christina Carlton.

As if that were not enough, the public has totally forgotten about me.

In an effort to spend time together, Berkeley suggests that I work as a costume designer for the film, if only I keep our secret under wraps.

Am I really ready to marry him?

At the time that my cousin Liv flew me out to South Africa to be the maid of honor at her top secret celebrity wedding, I was about to start my journey at NYU; one that would lead me to becoming a plastic surgeon.

None of my plans entailed falling in love with a sexy rock star at the wedding.

Although we made great memories in South Africa, there’s no need dwelling on it.

After all, he is back on tour while I’d start my life at NYU.

The only problem is that I can’t get him off my mind.

Am I ready to risk everything that I’ve worked for, for the sake of love?