She is the author of The Salt House (2017), named by Real Simple as a Best Book of the Month when it was released, on top of being listed on Bustle’s 17 Best Debut Novels by Women in 2017.

Her work can be found in several publications, including Writer’s Digest.

Lisa is also the founding editor of ROAR, a literary journal supporting women in the arts.

Agented by Danielle Burby of Nelson Literary Agency, Lisa currently resides in the Boston area with her husband and three children. 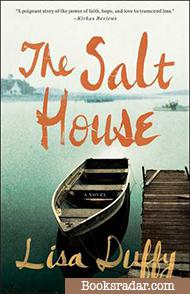 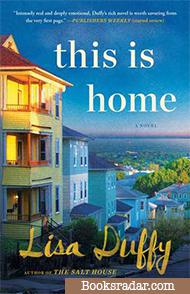 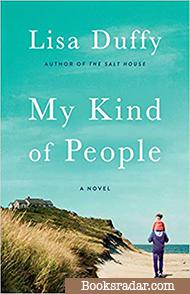 My Kind of People

In the coastal town of Alden, Maine, Hope and Jack Kelly have settled down to a life of wedded bliss. They have a beautiful family, a growing lobster business, and the Salt House—the dilapidated oceanfront cottage they’re renovating into their dream home. But tragedy strikes when their young daughter doesn’t wake up from her afternoon nap, taking her last breath without making a sound.

A year later, each member of the Kelly family navigates the world on their own private island of grief. Hope spends hours staring at her daughter’s ashes, unable to let go. Jack works to the point of exhaustion in an attempt to avoid his crumbling marriage. Their daughters, Jess and Kat, struggle to come to terms with the loss of their younger sister while watching their parents fall apart.

When Jack’s old rival, Ryland Finn, threatens his fishing territory, he ignites emotions that propel the Kelly family toward circumstances that will either tear them apart—or be the path to their family’s future.

Sixteen-year-old Libby Winters lives in Paradise, a seaside town north of Boston that rarely lives up to its name. After the death of her mother, she lives with her father, Bent, in the middle apartment of their triple decker home—Bent’s two sisters, Lucy and Desiree, live on the top floor.

A former soldier turned policeman, Bent often works nights, leaving Libby under her aunts’ care. Shuffling back and forth between apartments—and the wildly different natures of her family—has Libby wishing for nothing more than a home of her very own.

Quinn Ellis is at a crossroads. When her husband John, who has served two tours in Iraq, goes missing back at home, suffering from PTSD he refuses to address, Quinn finds herself living in the first-floor apartment of the Winters house. Bent had served as her husband’s former platoon leader, a man John refers to as his brother, and despite Bent’s efforts to make her feel welcome, Quinn has yet to unpack a single box.

For Libby, the new tenant downstairs is an unwelcome guest, another body filling up her already crowded house. But soon enough, an unlikely friendship begins to blossom, when Libby and Quinn stretch and redefine their definition of family and home.

On Ichabod Island, a jagged strip of land thirteen miles off the coast of Massachusetts, ten-year-old Sky becomes an orphan for the second time after a tragic accident claims the lives of her adoptive parents.

Grieving the death of his best friends, Leo’s life is turned upside down when he finds himself the guardian of young Sky. Back on the island and struggling to balance his new responsibilities and his marriage to his husband, Leo is supported by a powerful community of neighbors, many of them harboring secrets of their own.

Maggie, who helps with Sky’s childcare, has hit a breaking point with her police chief husband, who becomes embroiled in a local scandal. Her best friend Agnes, the island busybody, invites Sky’s estranged grandmother to stay for the summer, straining already precarious relationships.

Their neighbor Joe struggles with whether to tell all was not well in Sky’s house in the months leading up to the accident. And among them all is a mysterious woman, drawn to Ichabod to fulfill a dying wish.