Mark Ellis is a former barrister and entrepreneur, and British author of thriller and historical fiction novels.

Having been raised with tales of his parents’ experience of the Second World War, with his father meeting his death in consequence of his wartime service in the navy, Mark has always been fascinated by WW2.

That inspired him to create the intriguing DCI Frank Merlin Series.

Mark is a member of Crime Cymru, the Welsh crime writing collective, and the Crime Writers Association (CWA). 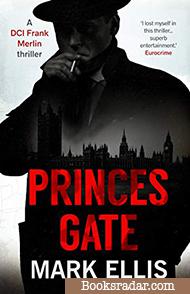 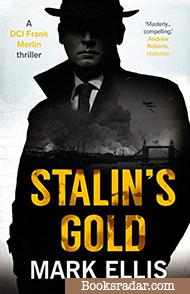 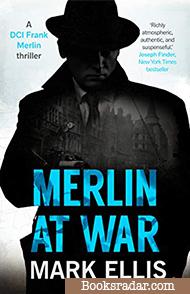 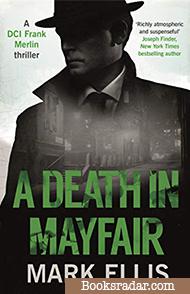 A Death in Mayfair

DCI Frank Merlin in brought in to investigate after a smart emigré scientist is killed in a hit-and-run incident, while the lifeless body of a female American Embassy employee is discovered in the Thames.

It doesn’t take long before his investigation causes uneasiness at the Foreign Office.

When another embassy employee is found dead, Merlin finds himself drawn into some rather sordid parts of wartime London.

Concerned by the impact his investigation may have on the Anglo-American relations, Merlin’s superiors frustrate his efforts, given how America is Britain's only hope.

Josef Stalin is on a desperate mission to recover his lost gold.

As bombs rain down on the city, DCI Frank Merlin is on a mission to uncover the mystery behind the vanishing of Polish RAF pilot Ziggy Kilinski, whilst also combating against the looting brought about by the mayhem and destruction of the Blitz.

Spanning across Stalin's Russia to Civil War Spain; from Aztec Mexico to Poland before the war; and from Hitler's Berlin to Churchill's London, this is an enthralling story of treasure, monumental theft, deceit, torture and murder unfolds.

Europe is ravaged by war.

France is under Nazi oppression. Britain is in a hard-pressed situation, with seemingly no way of escape.

In London, Scotland Yard detective Frank Merlin is on a mission to solve a terrifying chain of events revolving around: a young girl who lost her life in an abortion gone wrong; a French emigré executed in a Notting Hill apartment; a strange letter penned by a British officer who was murdered in Crete.

And it doesn’t take long before Merlin, and his team, is thrust into a shadowy world of espionage, murder, love and treachery.

A Death in Mayfair

Japanese planes attack the US naval base at Pearl Harbour. Suddenly, Britain now has an ally.

Despite being ravaged by the Blitz, and widespread crime and corruption, detective Frank Merlin of the Scotland Yard is still as relentless as ever.

In the very week that Japan wages war with America, the lifeless body of a stunning film star named Laura Curzon is discovered on the pavement beneath her Mayfair apartment—an alleged suicide.

Not very far away is another dead body of a strangled young girl.

As challenging as the times may be, Merlin and his team won’t rest until they unmask the truth.