He is also a USA Today, Amazon, and international #1 bestselling author of mystery, thriller, and crime fiction books.

When he was twelve year old, Lars went to an airshow, where he witnessed the grace and ferociousness of an F-16 as it flew low over the crowd.

This experience stirred something in him that ultimately inspired him to become a fighter pilot, something he enjoyed for fifteen years.

His passion for writing however developed during his years as a budding lieutenant in Undergraduate Pilot Training, when he read a Tom Clancy novel.

That thriller reading experience on espionage and conspiracy spurred something in him, prompting him to promise that he would one day write a book like that.

That vow was fulfilled in 2014 when he published The Incident: Inferno Rising, the first installment of the Sam Jameson series.

The series now has more than a million fans in 17 countries.

Lars currently resides in his Colorado home with his family, where is often working or procrastinating. 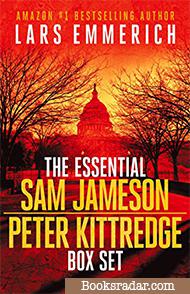 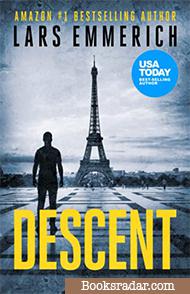 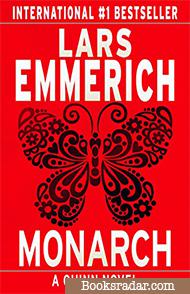 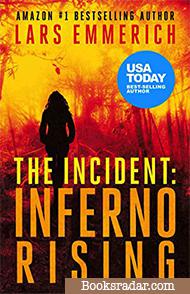 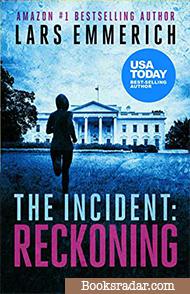 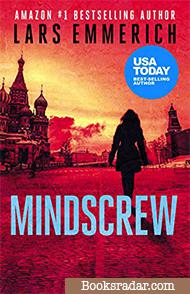 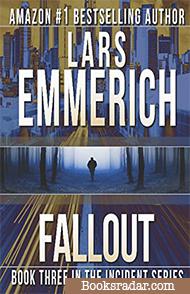 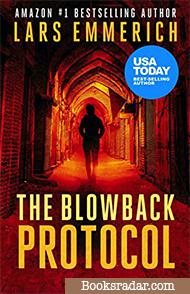 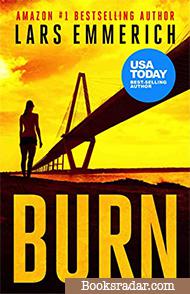 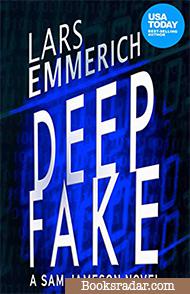 "It's five a.m., and I've just stayed up all night reading!"

This series has been downloaded over one million times worldwide, and eight titles are now available for a limited time as a discounted box set.

These eight bestsellers are ON SALE THIS WEEK in one collection full of twists, turns, double-crosses, surprises, and thrills, all delivered in Lars Emmerich's massively entertaining style.

What happens when your past threatens your future?

What happens when you become your own worst enemy?

What happens when you stumble into the middle of a deadly international power play with millions of lives at stake?

But not a very good one. He’s instantly in over his head. So he runs, trying to escape the life.

But can you ever outrun yourself? Or are your unconquered demons always at your heels?

Quinn does bad things to bad people, but he does them for good reasons. It's a common refrain in the national security game.

But Quinn is anything but common.

He has chased and caught rogue spies, brought vengeance to those who deserved it, survived incredible odds, and thrived in one of the world's deadliest jobs.

Yet nothing has prepared him for Cathrijne.

She is otherworldly, ethereal, beautiful, brilliant...

And now Catherijne is missing, an apparent casualty of an operation gone bad.

That same failed operation has left Quinn in the crosshairs of some of the world's most ruthless players -- Russians for sure, Islamists as a matter of course, maybe also Mossad... and most disconcerting of all, his own clandestine service seems hellbent on his demise.

And yet, though he's under attack from all quarters, Quinn is concerned with only one thing: saving Catherijne.

Will he piece together the cryptic clues in time to save her from an unspeakable end?

Does he have the strength and skill to avoid the same end himself?

Where do you run when even the good guys want you dead? Special Agent Sam Jameson is having a bad week. People are trying to kill her. That would be business as usual in the counterespionage world, except that it’s the good guys who have her in the crosshairs.

Why are the DC Metro police trying to kidnap her? Do her bosses at Homeland want her in a body bag, too? And why does everyone she talks to seem to end up in the morgue? Will a ruthless mercenary, a hapless American traitor, and a dead man’s cryptic clue hold the key to Sam’s survival?

As the noose tightens around her neck, Sam must uncover a brutal and deadly conspiracy before she becomes its next victim.

Where do you run when even the good guys want you dead?

Special Agent Sam Jameson is having a bad week. People are trying to kill her.

That would be business as usual in the counterespionage world, except that it’s the good guys who have her in the crosshairs.

Why are the DC Metro police trying to kidnap her? Do her bosses at Homeland want her in a body bag, too?

And why does everyone she talks to seem to end up in the morgue?

Will a ruthless mercenary, a hapless American traitor, and a dead man’s cryptic clue hold the key to Sam’s survival? As the noose tightens around her neck, Sam must uncover a brutal and deadly conspiracy before she becomes its next victim.

What would it take to put our way of life at risk?

Is it possible for a handful of ultra-deep players to cripple the global economy?

A secret organization with immense wealth and limitless influence squares off against The Establishment.

As the clandestine conflict reaches an explosive flashpoint, Special Agent Sam Jameson, a brash, ballsy, and beautiful spy catcher, is cast headlong into the crossfire. The love of her life is missing, the victim of a brutal and terrifying kidnapping.

Will she unravel the ruthless conspiracy in time to save his life?

Can she save her own?

The characters are vivid, the facts are exquisitely researched, and the plot is gripping and frightening…because the threat is more real than we’d like to imagine.

It's Day Zero of the American Meltdown, and the public has awakened to discover that their life's savings suddenly won't buy them dinner.

Special Agent Sam Jameson doesn’t pay much attention to the crackpots and goofballs, with their shrill doomsday predictions… until she realizes their dire conjectures turned out to be spot-on.

That's when her week blazes past horrible and crashes headlong into nightmarish.

On the heels of a harrowing rescue of her live-in lover from the clutches of a brood of nasty bastards, Sam finds herself thrust into the limelight, leading the investigation into the most audacious - and outrageously successful - economic terror plot in history.

With the global financial system in ruins and a worldwide social meltdown crashing down around her, Sam must win a desperate race to prevent a disastrous consolidation of power into the hands of a shadowy and ruthless international cabal.

Will an unrepentant computer hacker's brazen heist and a thin trail of cryptic clues hold the key to Sam’s survival? Will she solve the puzzle in time to prevent North America's economic enslavement?

Elite hacker and amateur thief Sabot Mondragon has bumbled into the clutches of his former employers. Maybe he shouldn't have stolen billions in crypto-currency, though the outrageous heist made him one of the richest men on the planet. Sabot has no clue that the fate of the global economy is intertwined with his own. But he knows his odds aren't good.

Brilliant, brash, ballsy, and beautiful Special Agent Sam Jameson is hot on his trail, racing headlong into a buzz saw of intrigue and bad blood left over from the Cold War.

Will Sabot survive his vicious kidnappers? Can Sam stop the world's most secretive organization from pulling off a global coup in the wake of the sudden meltdown of the US dollar? Control of what's left of the tattered world economy hangs in the balance. Everything depends on Sam surviving a ruthless and brutal Mindscrew.

You've done nothing wrong. So why have they thrown you in prison? No phone call. No lawyer. Just these words: "National Security."

Is it a massive mistake?

Or is it something much, much worse?

Sam finds herself at the mercy of a ruthless and relentless conspiracy that strikes at the heart of the American way of life. They have every advantage: Surveillance everywhere. The world's most powerful police force. International reinforcements. Limitless resources.

Can she beat the odds, save herself, and dismantle an existential threat to liberty and freedom?

A little girl has been slain. Is it Special Agent Sam Jameson’s fault? Homeland, Justice, and a powerful US senator think so.

And Sam is afraid they might be right. She’s been suspended, and she even faces an indictment. With her beau stuck on an overseas deployment, she’s left alone with her guilt and heartache - until a cryptic and terrifying message propels her out of her darkness and into a morass of international intrigue. Along the way, the clues start to add up, and Sam begins to wonder: Was the little girl’s tragic death an accident, or something much worse? And what does the CIA have to do with the horrible tragedy?

Halfway across the globe, Sam runs into someone from her past. But something’s different about him, and it quickly becomes clear he’s in a desperate struggle of his own. Three important people in his life have been kidnapped and face a brutal death - that he himself has set in motion.

Are all of their fates intertwined? Are Sam and the man from her past fighting the same battle against the same adversary? Can they unravel a vast and deadly conspiracy in time to save their own lives?

A mysterious note. A shadowy figure from Sam Jameson’s past. They invade Sam’s self-imposed exile to deliver shocking news: Alexander Wells, the man who murdered a five-year-old girl and framed Sam to take the fall, didn’t die in the fiery blast that almost claimed her life.

And he’s recruited a team of hardened criminal operatives with just one target in their sights: Sam Jameson.

Sam soon finds herself at the mercy of forces with unthinkable reach and resources. With rogue government elements, a brutal organized crime family, and the world’s most powerful clandestine cabal all lined up against her, Sam must escape a terrifying fate at the hands of a madman to make the most difficult choice of her life.

And along the way, Sam must reconcile her growing feelings for an old friend with her heartbreak over the loss of Brock James, the man she planned to spend her life with.

It's been two short weeks since her harrowing experience in the mountain cabin, and former Homeland agent Sam Jameson is still a long way from okay.

She's spent the time driving aimlessly, alone and anonymous, trying to make sense of her ordeal.

Those unimaginable words -- "Yes, Madam Facilitator" -- echo in her memory for the thousandth time as she happens upon a beautiful, traumatized, and nearly naked young woman fleeing for her life in the midnight cold.

Hours later, Sam finds herself in the Philadelphia police commissioner's office with his blood on her hands.

A heinous crime is in the making; two dozen lives hang in the balance.

And hidden in the background, a daring conspiracy threatens all that Sam holds dear.

DEEP FAKE is the tenth installment in the million-selling Sam Jameson series.

What will former Homeland agent Sam Jameson do with Capstone?

What happened to Brock James? Will Sam and Brock ever reconcile?