Thomas Enger is a Norwegian writer, journalist and author of mystery, thriller and crime fiction books.

Born in Oslo and raised in Jessheim, he worked for Norway’s flagship newspapers for eight years before eventually fulfilling his dream of becoming a novelist.

Enger is best known for writing Henning Juul, the internationally bestselling crime series, as well as the Alexander Blix series, which he co-authored with his Norwegian compatriot, Jørn Lier Horst.

Enger is also a music composer and among the most exciting Scandinavian voices in Young Adult fiction. 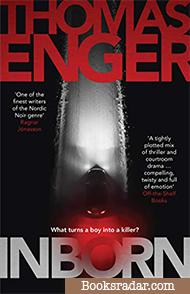 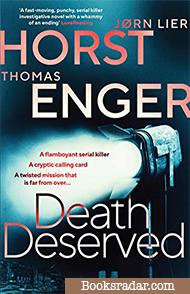 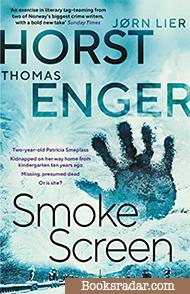 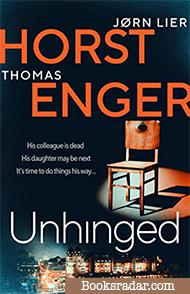 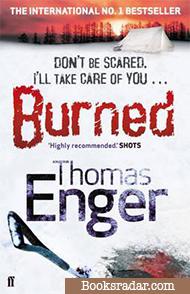 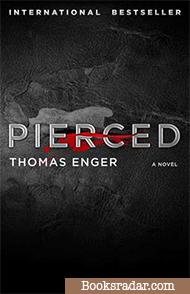 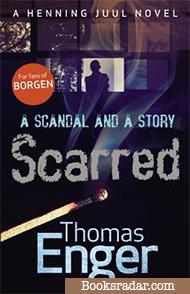 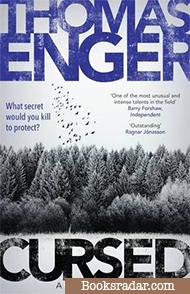 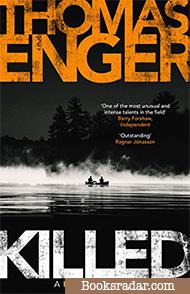 What turns a boy into a killer?

When the high school in the small Norwegian village of Fredheim becomes a murder scene, the finger is soon pointed at seventeen-year-old Even. As the investigation closes in, social media is ablaze with accusations, rumors and even threats, and Even finds himself the subject of an online trial as well as being in the dock … for murder?

Even pores over his memories of the months leading up to the crime, and it becomes clear that more than one villager was acting suspiciously … and secrets are simmering beneath the calm surface of this close-knit community.

As events from the past play tag with the present, he’s forced to question everything he thought he knew. Was the death of his father in a car crash a decade earlier really accidental? Has a relationship stirred up something that someone is prepared to kill to protect?

It seems that there may be no one that Even can trust. But can we trust him?

Oslo, 2018. Former long-distance runner Sonja Nordstrøm never shows at the launch of her controversial autobiography, Always Number One. When celebrity blogger Emma Ramm visits Nordstrøm’s home later that day, she finds the door unlocked and signs of a struggle inside. A bib with the number ‘one’ has been pinned to the TV.

Police officer Alexander Blix is appointed to head up the missing-persons investigation, but he still bears the emotional scars of a hostage situation nineteen years earlier, when he killed the father of a five-year-old girl. Traces of Nordstrøm soon show up at different locations, but the appearance of the clues appear to be carefully calculated…evidence of a bigger picture that he’s just not seeing…

Blix and Ramm soon join forces, determined to find and stop a merciless killer with a flare for the dramatic, and thirst for attention.

Trouble is, he’s just got his first taste of it…

Oslo, New Year’s Eve. The annual firework celebration is rocked by an explosion, and the city is put on terrorist alert.

Police officer Alexander Blix and blogger Emma Ramm are on the scene, and when a severely injured survivor is pulled from the icy harbor, she is identified as the mother of two-year-old Patricia Semplass, who was kidnapped on her way home from kindergarten ten years earlier…and never found.

Blix and Ramm join forces to investigate the unsolved case, as public interest heightens, the terror threat is raised, and it becomes clear that Patricia’s disappearance is not all that it seems…

When police investigator Sofia Kovic uncovers a startling connection between several Oslo murder cases, she attempts to contact her closest superior, Alexander Blix before involving anyone else in the department. But before Blix has time to return her call, Kovic is shot and killed in her own home – execution style. And in the apartment below, Blix’s daughter Iselin narrowly escapes becoming the killer’s next victim.

Four days later, Blix and online crime journalist Emma Ramm are locked inside an interrogation room, facing the National Criminal Investigation Service. Blix has shot and killed a man, and Ramm saw it all happen.

As Iselin’s life hangs in the balance, under-fire Blix no longer knows who he can trust…and he’s not even certain that he’s killed the right man…

Henning Juul is a veteran investigative crime reporter in Oslo, Norway. A horrific fire killed his six-year-old son, cut scars across his face, and ended his marriage, and on his first day back at the job after the terrible tragedy a body is discovered in one of the city’s public parks.

A beautiful female college student has been stoned to death and buried up to her neck, her body left bloody and exposed. The brutality of the crime shakes the whole country, but despite his own recent trauma – and the fact that his ex-wife’s new boyfriend is also on the case - Henning is given the assignment.

When the victim’s boyfriend, a Pakistani native, is arrested, Henning feels certain the man is innocent. This was not simply a Middle Eastern-style honor killing in the face of adultery – it was a far more complicated gesture, and one that will drag Henning into a darkness he’s never dreamed of.

"If you find out who set me up, I’ll tell you what happened the day your son died."

That is the message crime reporter Henning Juul—back at work after being terribly burned and scarred for life in a fire that killed his son—receives from a jailed extortionist named Tore Pulli who’s been convicted for a murder he claims he didn’t commit.

Truth has never meant more for Henning Juul. And when Pulli is found dead in his prison cell—an apparent suicide—Juul decides to dig deeper. He knows the murders Pulli was convicted of do not bear his signature, and he’s convinced that Pulli would never have taken his own life.

Striking up a fragile partnership with Iver Gundersen, a journalist now living with Juul’s ex-wife, Juul uncovers an internal power struggle in the gang world, where the desire for serious money is destroying the traditional, honor-based hierarchy.

Uncovering more questions than answers, Henning soon realizes that he has to find not one but several killers...ruthless murderers who have never been more dangerous than they are now.

An elderly woman is found dead in a nursing home. Bjarne Brogeland, who heads up the investigation, soon realises that they are on the trail of a meticulous killer who has developed a keen taste for revenge. A killer who has only just begun...

Trine Juul-Osmundsen, Norway's Secretary of State and Henning Juul's sister, is accused of sexually harassing a young male politician. As the allegations cause a media frenzy, Trine receives an anonymous threat telling her to resign. If she doesn't, the truth about what she really did that night will be revealed.

Scarred reporter Henning Juul, finds himself torn between the two high profile cases. He wants to help his estranged sister, but as he digs into their past, he discovers memories that haunt them both. Memories of a broken home. Memories of a dead father.

As the two cases collide, both their worlds threaten to fall apart.

What secret would you kill to protect?

When Hedda Hellberg fails to return from a retreat in Italy, her husband discovers that his wife’s life is tangled in mystery. Hedda never left Oslo, the retreat has no record of her and, what’s more, she appears to be connected to the death of an old man, gunned down on the first day of the hunting season in the depths of the Swedish forests.

Henning Juul becomes involved in the case when his ex-wife joins in the search for the missing woman, and the estranged pair find themselves enmeshed both in the murky secrets of one of Sweden’s wealthiest families, and in the painful truths surrounding the death of their own son.

When their lives are threatened, Juul is prepared to risk everything to uncover a sinister maze of secrets that ultimately leads to the dark heart of European history.

Crime reporter Henning Juul thought his life was over when his young son was murdered. But that was only the beginning…

Determined to find his son’s killer, Henning doggedly follows an increasingly dangerous trail, where dark hands from the past emerge to threaten everything. His ex-wife Nora is pregnant with another man’s child, his sister Trine is implicated in the fire that killed his son and, with everyone he thought he could trust seemingly hiding something, Henning has nothing to lose…except his own life.

Someone will be killed. But who?