Born and raised in Worcestershire, England, he attended Oxford University, where he graduated with a first class honors degree in law.

Evans then worked as a journalist with the Evening Chronicle for three years, before moving into television, producing films about US politics and the Middle-East.

He also produced arts documentaries, wrote and produced several films for television and the cinema, before crossing paths with a blacksmith in the South-West of England; one who enlightened him about people gifted with the ability to heal traumatized horses, otherwise known as horse whisperers.

This was the inspiration behind his debut novel The Horse Whisperer (1995), which has more than 15 million copies worldwide and has been translated into 36 languages.

The book was also adapted into a film starring, produced and directed by Robert Redford. 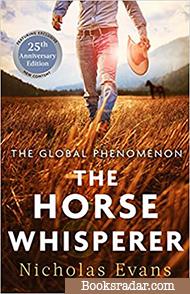 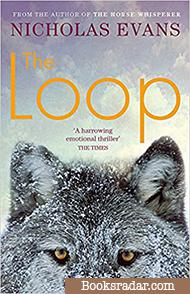 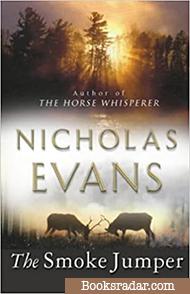 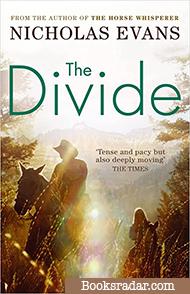 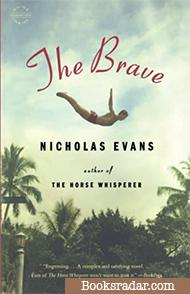 When Grace Maclean and her beloved horse, Pilgrim, are hit by a truck one snow-covered morning, their destinies become inextricably bound to one another.

Though both manage to survive the tragedy, the impact on their lives is devastating; both horse and girl are traumatized and profoundly changed.

Beside herself with worry, Grace's mother, Annie Macean, hears about a man called Tom Brooker, a 'whisperer' said to possess the gift of healing troubled horses. He is her last hope and she decides to abandon her life in upstate New York, setting off across the continent with Grace and Pilgrim to find him. This journey, under the sweeping Montana sky, will change all their lives for ever...

A pack of wolves makes a sudden savage return to the Rocky Mountain ranching town of Hope, Montana, where a century earlier they were slaughtered by the thousands.

Biologist Helen Ross has come to Hope from the East, fleeing a life in shambles, determined to save the wolves from those who seek to destroy them. But an ancient hatred awaits her in Hope, a hatred that will tear a family and ultimately the community apart. And soon Helen is at the center of the storm, by loving the wrong man, by defying the wrong man . . . by daring to lead a town out of the violent darkness of its past. . . .

His name is Connor Ford and he falls like an angel of mercy from the sky, braving the flames to save the woman he loves but knows he cannot have. For Julia Bishop is the partner of his best friend and fellow “smoke jumper,” Ed Tully. Julia loves them both--until a fiery tragedy on Montana’s Snake Mountain forces her to choose between them, and burns a brand on all their hearts.

In the wake of the fire, Connor embarks on a harrowing journey to the edge of human experience, traveling the world’s worst wars and disasters to take photographs that find him fame but never happiness. Reckless of a life he no longer wants, again and again he dares death to take him, until another fateful day on another continent, he must walk through fire once more...

Two backcountry skiers find the body of a young woman embedded in the ice of a remote mountain creek. All through the night police work with arc lights and chainsaws to prise her out. Identifying her doesn't take so long. Abbie Cooper is wanted for murder and her picture is on law enforcement computers all across America. But how did she die? And what was the trail of events that led this golden child of a loving family so tragically astray?

There's little love in eight-year-old Tom Bedford's life. His parents are old and remote and the boarding school they've sent him to bristles with bullies and sadistic staff.

The only comfort he gets is from his fantasy world of Cowboys and Indians. But when his sister Diane, a rising star of stage and screen, falls in love with one of his idols, the suave TV cowboy Ray Montane, Tom's life is transformed. They move to Hollywood and all his dreams seem to have come true. Soon, however, the sinister side of Tinseltown casts its shadow and a shocking act of violence changes their lives forever.

What happened all those years ago remains a secret that corrodes Tom's life and wrecks his marriage. Only when his estranged son, a US Marine, is charged with murder do the events resurface, forcing him to confront his demons. As he struggles to save his son's life, he will learn the true meaning of bravery.