A. J. Finn is the pseudonym of American editor and author, Daniel Mallory.

He has so far used the pen name to publish the 2018 thriller hit, The Woman in the Window.

Born in New York, Mallory lived in the U.K for a decade, where he worked as a book editor, before moving back to his native New York City.

Mallory, who has written for a number of publications such as the Los Angeles Times, the Washington Post, and the Times Literary Supplement (UK), currently plies his trade as a senior publishing executive at William Morrow / Harper Collins.

In 2021, his debut novel The Woman in the Window was adapted into a feature film by the same name, starring Amy Adams and Gary Oldman.

More about A. J. Finn

The Woman in the Window 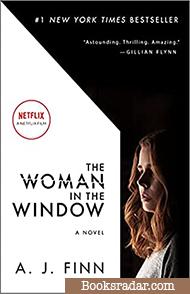 Then the Russells move into the house across the way: a father, a mother, their teenage son. The perfect family. But when Anna, gazing out her window one night, sees something she shouldn’t, her world begins to crumble—and its shocking secrets are laid bare.

What is real? What is imagined? Who is in danger? Who is in control? In this diabolically gripping thriller, no one—and nothing—is what it seems.