Kat, who has worked as a devoted Social Media Marketer and Blog Writer for several years, is also the the CEO and owner of Picco Press.

Given her ability in the trade, Kat is able to create stunning ad copy, website content, business marketing material and many more!

On top of all that, Kat also teaches classes on social media marketing, writing, and publishing.

She loves giving back to the community, which is why she volunteers to teach writing classes.

Kat certainly appreciates the importance of supporting and assisting aspiring authors, writers, and businesses with their marketing needs.

Her novels have made it to bestseller lists in Canada and the USA, as well as the International scene. 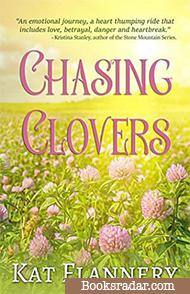 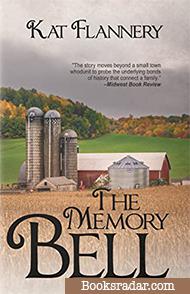 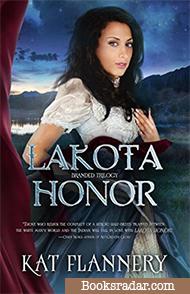 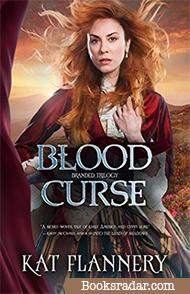 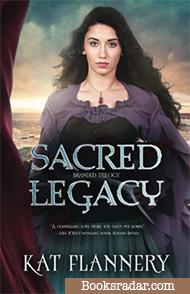 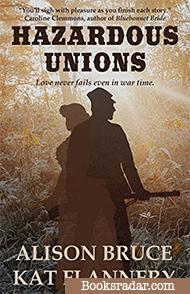 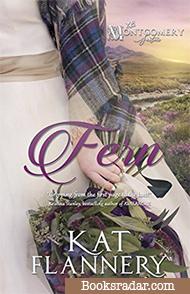 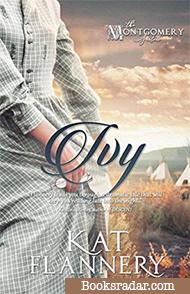 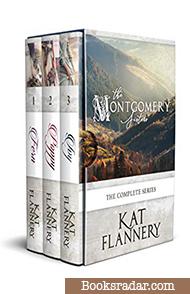 Mail order bride, Livy Green, is desperate to escape the memories of her past. John Taylor will never love another woman again, but his children need a mother. Will they learn to trust each other, or will their pasts interfere?

Longing to escape the awful memories and the saloon she once sang in, Livy Green lies about her past so she can be a wife to John Taylor and mother to his two young children. Overwhelmed by the task, she struggles to put her resentment aside and love them as her own.

John loved his first wife and is still heartbroken over the loss, but he needs a mother for his children. When his distant and unfriendly mail order bride arrives, he begins to doubt his decision, though one glance into Livy's terrified green eyes tells him he can't turn his back on her.

As Livy's past catches up with her and suspicious accidents begin to happen on the ranch, she is tempted to come clean and tell John the truth. But will he send her back if she does? Or will they forever be CHASING CLOVERS?

Grace Penner's safe haven crumbles when a body is found outside of town. Gifted the memory bell, a family heirloom, from her grandfather's will, Grace's excitement is soon squashed when the bell gets broken right after she receives it. While gluing the pieces back in place, she discovers three are still missing.

Determined to find them, she is halted when the new detective, Bennet James, investigates her family. Grace is intent on showing the detective her family isn't capable of murder, but as the investigation deepens, and pieces of the bell show up with ominous notes, Grace soon realizes the Penners are not what they seem. Amidst the tightly knit family; dark secrets, deception, and possibly even murder unfold.

Will Grace be able to save the family she loves more than anything without losing herself forever?

"Fate has brought them together, but will a promise tear them apart?"

In the small town of Willow Creek, Colorado, Nora Rushton spends most of her days locked up in her home with a father who resents her and fighting off unwanted marriage proposals from the wealthy Elwood Calhoun. Marked as a witch, Nora must hide her healing powers from those who wish to destroy all the witkowin—crazy women. What she doesn't know is that a bounty hunter is hot on her trail.

Lakota native Otakatay has an obligation to fulfill. He has been hired to kill the witkowin. In a time when race and difference are a threat and innocence holds no ground, courage, love and honor will bring Nora and Otakatay together as they fight for their freedom. Will the desire to fulfill his promise drive Otakatay to kill Nora? Or will the kindness he sees in her blue eyes push him to be the man he once was?

“Upon mine death for the blood ye have shed, Every daughter born to ye shall die before it draws breath, to which ye will know pain and worse, I cast unto ye mine blood curse.” ~ Vadoma

Four years after the Blood Curse, Pril of the Peddlers vows to protect her child against the evil men who hunt her. With her clan unaware of the branded girl among them, Pril has to keep the identity of her daughter a secret. When her child is kidnapped, she is forced to ask Merchant runner, Kade Walker, for his help.

Kade Walker needs to find the gypsy child. Blackmailed and pushed beyond his own moral code, he is determined to do whatever it takes. When he comes across the Peddler clan, he is sure the girl is there, however all hope is lost when the gypsies capture him. Time is running out—until Pril makes him an offer he cannot refuse.

Amidst greed, lust, revenge and love, Pril will need to trust Kade. But as the evil nears and doubt creeps in, will she discover that the enemy has been standing next to her all along?

"Tsura is a Chuvani, and with that comes great power…"

Desperate to escape the memories that haunt her, Tsura Harris returns to Jamestown, the very place her mother forbade her to go. A gifted Chuvani, Tsura has sworn off all magick, thus making her vulnerable to the Renoldi clan, who wish to kill her and take the pendant that is the key to her power.

Red Wolf is hell-bent on living his life on the sea, until he runs into Tsura on the docks. His pride wounded from her rejection years before, he hoped to never see her again. But when the evil Corsair, Romulus Black, demands to know where she is, Red Wolf must protect her, as is his duty.

But is duty and honor his only reason, or does Red Wolf still carry a flame of love in his heart? And will Tsura finally discover her destiny?

After the death of their father, twin sisters Maggie and Matty Becker are forced to take positions with officers’ families at a nearby fort. When the southern states secede, the twins are separated, and they find themselves on opposite sides of America’s bloodiest war.

In the south, Maggie travels with the Hamiltons to Bellevue, a plantation in west Tennessee. When Major Hamilton is captured, it is up to Maggie to hold things together and deal with the Union cavalry troop that winters at Bellevue. Racism, politics and a matchmaking stepmother test Maggie’s resourcefulness as she fights for Bellevue, a wounded Confederate officer and the affections of the Union commander.

In the north, Matty discovers an incriminating letter in General Worthington’s office, and soon she is on the run. With no one to turn to for help, she drugs the wealthy Colonel Cole Black and marries him, in hopes of getting the letter to his father, the governor of Michigan. But Cole is not happy about being married, and Matty’s life becomes all about survival.

"Can one woman heal the heart of a lawman?"

A gardener who uses plants to heal, Fern Montgomery is an outcast who refuses to be pushed out of town. When her friend is murdered and all fingers point to Fern as the only suspect, she must find a way to prove her innocence while fighting off unwanted feelings for the sheriff.

Sheriff Gabe Bennett has his mind set on arresting Sarah Fuller’s killer. But his key suspect isn’t what he expected. He soon realizes there is more to the quiet gardener than he’d first anticipated. As passion blooms, Gabe is forced to face his feelings—and the woman who has stolen his heart.

Poppy Montgomery has always been good with a gun and could fight her way out of anything. Tough as nails and a sharp shooter, her beauty deceives the outlaws she's after.

Hot on the trail of the Clemmons gang, a group of outlaws who rob trains and killed an innocent woman and child a few months before, she is determined to make them pay for the sin's they've committed by bringing them to justice.

Pinkerton, Noah Shaw is investigating a ring of stage robberies and knows the Clemmons gang is behind them. Told to track down the infamous redheaded bounty hunter, Noah gets more than he bargained for when he arrests Poppy for assault.

Handcuffed together the pair must work to stop the robberies, and figure out who is behind them. But what happens when love interferes and thrusts Poppy into discovering emotions she never knew existed? Will she choose the solitude she's always known, or Noah's sweet embrace?

Ivy Montgomery is tired of her sister's constant nagging and protectiveness. Blind, she decides to escape in the middle of the night when she is captured and brought far from home. With no understanding of the outside world, Ivy must use her keen abilities to navigate the wilderness around her. Anger and hopelessness are her only defenses against the things she cannot do. Until she meets a strong-minded Lakota Chief, who will not let her cower to the blindness any longer.

Lakota Sioux Chief of the Paha Sapa, Hotah is on a hunt for his brother, Kangi. Cast from their tribe five years before, Kangi has grown a dark spirit and a hatred for all white people. Now on reserved land, Hotah makes a deal with the General to capture his brother in return for his people to have the provisions they need.

After rescuing Ivy, he promises to take her home, but danger is near and Hotah soon realizes it is not just his brother he should fear.

This boxset contains three novellas from the The Montgomery Sisters Series by bestselling author, Kat Flannery.

Purchase this limited edition boxed set and be captivated by these strong-willed women forced to make it on their own in the western frontier.