She is the No.1 Sunday Times bestselling author of The Hunting Party (2018) and The Guest List (2020), with millions of copies sold across the globe.

A seasoned fiction editor who worked in the publishing industry for a number of years, Lucy’s journalism has appeared in publications such as Sunday Times Style, Grazia, ES Magazine, Vogue US, Elle, Tatler, Marie Claire, while her novels have been translated into several languages.

Her thriller books have also made it to the New York Times and the Irish Times bestseller lists.

Although she currently lives in London, Lucy enjoys traveling a lot, which is why some incredibly distant locations appear in her books. 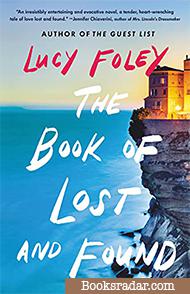 The Book of Lost and Found 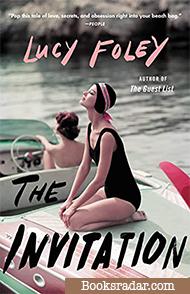 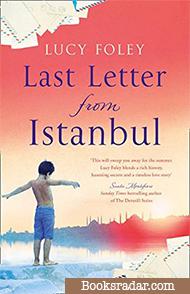 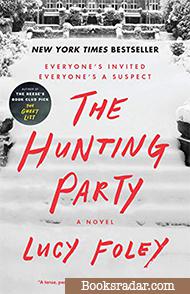 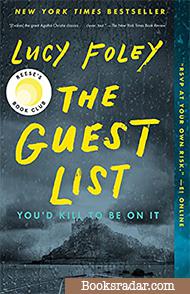 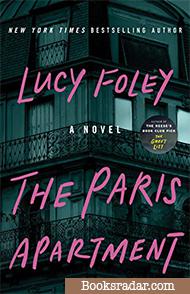 The Book of Lost and Found

Buy now
1
The Book of Lost and Found

Kate Darling's enigmatic mother -- a once-famous ballerina -- has passed away, leaving Kate bereft. When her grandmother falls ill and bequeaths to Kate a small portrait of a woman who bears a striking resemblance to Kate's mother, Kate uncovers a mystery that may upend everything she thought she knew.

Kate's journey to find the true identity of the woman in the portrait takes her to some of the world's most iconic and indulgent locales, revealing a love story that began in the wild 1920s and was disrupted by war and could now spark new love for Kate. Alternating between Kate's present-day hunt and voices from the past, The Book of Lost and Found casts light on family secrets and love -- both lost and found.

Rome, 1953: Hal, an itinerant journalist flailing in the post-war darkness, has come to the Eternal City to lose himself and to seek absolution for the thing that haunts him. One evening he finds himself on the steps of a palazzo, walking into a world of privilege and light. Here, on a rooftop above the city, he meets the mysterious Stella.

Hal and Stella are from different worlds, but their connection is magnetic. Together, they escape the crowded party and imagine a different life, even if it's just for a night. Yet Stella vanishes all too quickly, and Hal is certain their paths won't cross again.

But a year later they are unexpectedly thrown together, after Hal receives an invitation he cannot resist. An Italian Contessa asks him to assist on a trip of a lifetime -- acting as a reporter on a tremendous yacht, skimming its way along the Italian coast toward Cannes film festival, the most famous artists and movie stars of the day gathered to promote a new film.

Of all the luminaries aboard -- an Italian ingénue, an American star, a reclusive director -- only one holds Hal in thrall: Stella. And while each has a past that belies the gilded surface, Stella has the most to hide. As Hal's obsession with Stella grows, he becomes determined to bring back the girl she once was, the girl who's been confined to history.

Before the Occupation, Nur’s city was a tapestry of treasures: the Grand Bazaar alive with color, trinkets and spices; saffron sunsets melting into the black waters of the Bosphorus; the sweet fragrance of the fig trees dancing on the summer breeze...

Now the shadow of war hangs over the city, and Nur lives for the protection of a young boy with a terrible secret. Stumbling through the streets, carrying the embroideries that have become her livelihood, she avoids the gazes of the Allied soldiers. Survival is everything.

When Nur chances upon George Monroe, a medical officer in the British Army, it is easy to hate him. Yet the lines between enemy and friend grow fainter.

She and the boy would both be at risk. Nur knows that she cannot afford to fall – impossibly and dangerously – in love...

During the languid days of the Christmas break, a group of thirtysomething friends from Oxford meet to welcome in the New Year together, a tradition they began as students ten years ago. For this vacation, they’ve chosen an idyllic and isolated estate in the Scottish Highlands—the perfect place to get away and unwind by themselves.

The trip begins innocently enough: admiring the stunning if foreboding scenery, champagne in front of a crackling fire, and reminiscences about the past. But after a decade, the weight of secret resentments has grown too heavy for the group’s tenuous nostalgia to bear. Amid the boisterous revelry of New Year’s Eve, the cord holding them together snaps, just as a historic blizzard seals the lodge off from the outside world.

Two days later, on New Year’s Day, one of them is dead. . . and another of them did it.

Keep your friends close, the old adage says. But how close is too close?

On an island off the coast of Ireland, guests gather to celebrate two people joining their lives together as one. The groom: handsome and charming, a rising television star. The bride: smart and ambitious, a magazine publisher. It’s a wedding for a magazine, or for a celebrity: the designer dress, the remote location, the luxe party favors, the boutique whiskey. The cell phone service may be spotty and the waves may be rough, but every detail has been expertly planned and will be expertly executed.

But perfection is for plans, and people are all too human. As the champagne is popped and the festivities begin, resentments and petty jealousies begin to mingle with the reminiscences and well wishes. The groomsmen begin the drinking game from their school days. The bridesmaid not-so-accidentally ruins her dress. The bride’s oldest (male) friend gives an uncomfortably caring toast.

And then someone turns up dead. Who didn’t wish the happy couple well? And perhaps more important, why?

Jess needs a fresh start. She’s broke and alone, and she’s just left her job under less than ideal circumstances. Her half-brother Ben didn’t sound thrilled when she asked if she could crash with him for a bit, but he didn’t say no, and surely everything will look better from Paris. Only when she shows up – to find a very nice apartment, could Ben really have afforded this? – he’s not there.

The longer Ben stays missing, the more Jess starts to dig into her brother’s situation, and the more questions she has. Ben’s neighbors are an eclectic bunch, and not particularly friendly. Jess may have come to Paris to escape her past, but it’s starting to look like it’s Ben’s future that’s in question.

The socialite – The nice guy – The alcoholic – The girl on the verge – The concierge.

Everyone's a neighbor. Everyone's a suspect. And everyone knows something they’re not telling.