Tana French is an American-Irish award-winning author of mystery and thriller novels.

Born in the United States, she attended Trinity College where she trained as an actor.

Passionate about both acting and writing from very early on, Tana French eventually chose to focus more on her writing.

Her debut novel, In The Woods, published in 2007, was an instant hit, as the book won the Edgar, Barry, Macavity and Anthony Awards.

Other Awards clinched by the author include the Irish Crime Fiction Award, and the Los Angeles Times Book Prize (Mystery/Thriller)–both of which were won by Broken Harbor (2012).

Tana French currently resides in Dublin with her family. 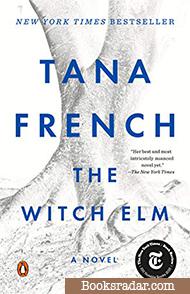 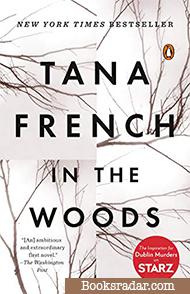 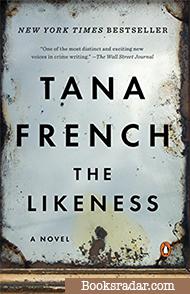 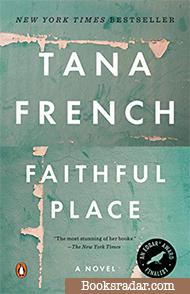 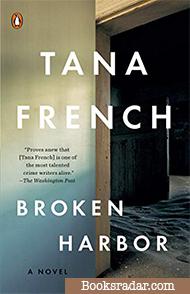 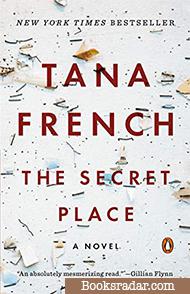 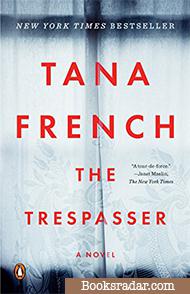 What Do We Hide Inside Ourselves?

Toby is a happy-go-lucky charmer who’s dodged a scrape at work and is celebrating with friends when the night takes a turn that will change his life—he surprises two burglars who beat him and leave him for dead.

Struggling to recover from his injuries, beginning to understand that he might never be the same man again, he takes refuge at his family’s ancestral home to care for his dying uncle Hugo.

Then a skull is found in the trunk of an elm tree in the garden—and as detectives close in, Toby is forced to face the possibility that his past may not be what he has always believed.

Cal Hooper thought a fixer-upper in a bucolic Irish village would be the perfect escape. After twenty-five years in the Chicago police force and a bruising divorce, he just wants to build a new life in a pretty spot with a good pub where nothing much happens.

But when a local kid whose brother has gone missing arm-twists him into investigating, Cal uncovers layers of darkness beneath his picturesque retreat, and starts to realize that even small towns shelter dangerous secrets.

As dusk approaches a small Dublin suburb in the summer of 1984, mothers begin to call their children home. But on this warm evening, three children do not return from the dark and silent woods.

When the police arrive, they find only one of the children gripping a tree trunk in terror, wearing blood-filled sneakers, and unable to recall a single detail of the previous hours.

Twenty years later, the found boy, Rob Ryan, is a detective on the Dublin Murder Squad and keeps his past a secret. But when a twelve-year-old girl is found murdered in the same woods, he and Detective Cassie Maddox—his partner and closest friend—find themselves investigating a case chillingly similar to the previous unsolved mystery.

Now, with only snippets of long-buried memories to guide him, Ryan has the chance to uncover both the mystery of the case before him and that of his own shadowy past.

Six months after the events of In the Woods, Detective Cassie Maddox is still trying to recover. She's transferred out of the murder squad and started a relationship with Detective Sam O'Neill, but she's too badly shaken to make a commitment to him or to her career.

Then Sam calls her to the scene of his new case: a young woman found stabbed to death in a small town outside Dublin. The dead girl's ID says her name is Lexie Madison - the identity Cassie used years ago as an undercover detective - and she looks exactly like Cassie.

With no leads, no suspects, and no clue to Lexie's real identity, Cassie's old undercover boss, Frank Mackey, spots the opportunity of a lifetime. They can say that the stab wound wasn't fatal and send Cassie undercover in her place to find out information that the police never would and to tempt the killer out of hiding.

At first Cassie thinks the idea is crazy, but she is seduced by the prospect of working on a murder investigation again and by the idea of assuming the victim's identity as a graduate student with a cozy group of friends.

As she is drawn into Lexie's world, Cassie realizes that the girl's secrets run deeper than anyone imagined. Her friends are becoming suspicious, Sam has discovered a generations-old feud involving the old house the students live in, and Frank is starting to suspect that Cassie's growing emotional involvement could put the whole investigation at risk.

Back in 1985, Frank Mackey was a nineteen-year-old kid with a dream of escaping his family's cramped flat on Faithful Place and running away to London with his girl, Rosie Daly. But on the night they were supposed to leave, Rosie didn't show.

Frank took it for granted that she'd dumped him-probably because of his alcoholic father, nutcase mother, and generally dysfunctional family. He never went home again. Neither did Rosie.

Then, twenty-two years later, Rosie's suitcase shows up behind a fireplace in a derelict house on Faithful Place, and Frank, now a detective in the Dublin Undercover squad, is going home whether he likes it or not.

Mick “Scorcher" Kennedy is the star of the Dublin Murder Squad. He plays by the books and plays hard, and that's how the biggest case of the year ends up in his hands.

On one of the half-abandoned "luxury" developments that litter Ireland, Patrick Spain and his two young children have been murdered. His wife, Jenny, is in intensive care.

At first, Scorcher thinks it's going to be an easy solve, but too many small things can't be explained: the half-dozen baby monitors pointed at holes smashed in the Spainsʼ walls, the files erased from the family's computer, the story Jenny told her sister about a shadowy intruder slipping past the houses's locks.

And this neighborhood—once called Broken Harbor—holds memories for Scorcher and his troubled sister, Dina: childhood memories that Scorcher thought he had tightly under control.

A year ago a boy was found murdered at a girlsʼ boarding school, and the case was never solved.

Detective Stephen Moran has been waiting for his chance to join Dublin’s Murder Squad when sixteen-year-old Holly Mackey arrives in his office with a photo of the boy with the caption: “I KNOW WHO KILLED HIM.” Stephen joins with Detective Antoinette Conway to reopen the case—beneath the watchful eye of Holly’s father, fellow detective Frank Mackey.

With the clues leading back to Holly’s close-knit group of friends, to their rival clique, and to the tangle of relationships that bound them all to the murdered boy, the private underworld of teenage girls turns out to be more mysterious and more dangerous than the detectives imagined.

Being on the Murder Squad is nothing like Detective Antoinette Conway dreamed it would be. Her partner, Stephen Moran, is the only person who seems glad she’s there. The rest of her working life is a stream of thankless cases, vicious pranks, and harassment. Antoinette is savagely tough, but she’s getting close to the breaking point.

Their new case looks like yet another by-the-numbers lovers’ quarrel gone bad. Aislinn Murray is blond, pretty, groomed-to-a-shine, and dead in her catalog-perfect living room, next to a table set for a romantic dinner. There’s nothing unusual about her—except that Antoinette’s seen her somewhere before.

And that her death won’t stay in its neat by-numbers box. Other detectives are trying to push Antoinette and Steve into arresting Aislinn’s boyfriend, fast. There’s a shadowy figure at the end of Antoinetteʼs road. Aislinnʼs friend is hinting that she knew Aislinn was in danger. And everything they find out about Aislinn takes her further from the glossy, passive doll she seemed to be.

Antoinette knows the harassment has turned her paranoid, but she can’t tell just how far gone she is. Is this case another step in the campaign to force her off the squad, or are there darker currents flowing beneath its polished surface?