Born in Newark, New Jersey, he attended Ohio University before transferring to SUNY Albany, where he graduated with a BA in Philosophy.

He currently resides in Guilderland, New York, with his wife, who is a lecturer at the University at Albany. 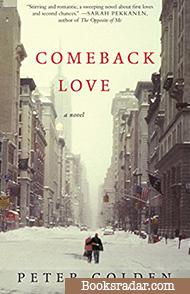 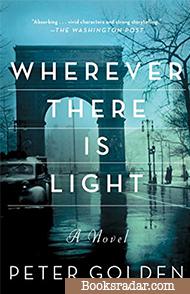 Wherever There is Light Nothing Is Forgotten
Non-fiction 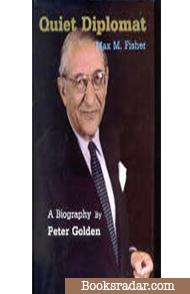 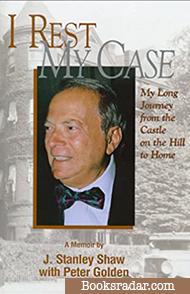 I Rest My Case: My Long Journey from the Castle on the Hill to Home 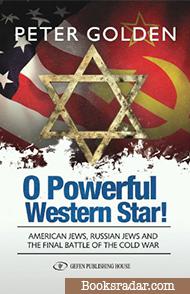 Nearly four decades ago, Gordon Meyers, a promising writer, took all his possessions and hesitantly drove away, leaving behind the smart and stunning Glenna Rising that meant the world to him.

Now many years later, Gordon—an ex-globetrotting consultant with a divorced wife and an adult son—suddenly wants to lay eyes on Glenna once again.

Shocked when Gordon unexpectedly breezes into her office in Manhattan, Glenna and her old flame head out for a drink, only for long-held passions to erupt in the New York winter.

And as the two enjoy their evening together, Gordon eventually reveals what prompted his return.

Wherever There is Light

When fifteen-year-old Julian Rose leaves his family behind in Germany to look for greener pastures in the U.S during the 1920s, he is consumed by loneliness upon his arrival, until he joins forces with Longy Zwillman; eventually becoming a renowned bootlegger on the East Coast.

Kendall Wakefield is a lively college senior who dreams of becoming a painter.

Her mother, who started an African-American college in South Florida despite being the daughter of a slave, would love nothing more than to find a fitting mate for her lovely daughter.

This book is about a Jewish family and an African American family brought together by love.

A youthful man named Michael Daniels begins a radio show in a room of his half Russian half Jewish grandmother’s shop; a show that immediately becomes a local favorite thanks to humorous jabs on USSR leader Nikita Khrushchev.

Meanwhile in a tiny Soviet city, a young orphaned girl named Yulianna Kosoy works as a bootlegger, along with her boss, Der Schmuggler.

However, Michael’s grandmother is brutally killed in her shop just when his radio show begins soaring.

Who could have wanted such a friendly old woman dead?

In order to find the answer, Michael journeys to Europe where he uncovers a shocking family secret.

This book is by Peter Golden is a biography of industrialist and political-insider Max M. Fisher.

Some of the prominent people that Fisher had a sit-down with throughout his career include, Presidents Richard Nixon, Gerald Ford, Ronald Reagan, and George Bush; Secretaries of State Henry Kissinger, Alexander Haig, and George Shultz; and Israeli Prime Ministers Yitzhak Shamir, Shimon Peres, and Yitzhak Rabin.

I Rest My Case: My Long Journey from the Castle on the Hill to Home

Buy now
Like
I Rest My Case: My Long Journey from the Castle on the Hill to Home

This memoir follows the life of J. Stanley Shaw, from the time he was a young kid under the watchful eye of the Brooklyn Hebrew Orphan Asylum in the 1930s, to his rise to being one of the most exceptional bankruptcy attorneys in America.

The vibrant and touching memories take readers through Brooklyn during the Great Depression, to Shaw’s time at Columbia University and New York Law School, to his early disappointments after an exploitative property developer left him with a debt of one million dollars, to his time in politics as a leader of the New York Liberal Party from the 1960s and 1970s, to his trailblazing work as a bankruptcy attorney.

NB: This book has been co-authored with J. Stanley Shaw.

This book by Peter Golden follows the activities on three continents that pushed American Jews into the midst of the Cold War.

From the killing of President Abraham Lincoln and what it meant to a Russian Jewish grain dealer based in Rostov-on-Don, this fascinating book takes readers through the spectacular cultural and political changes in America and Russia, the effects of the World War II, the Holocaust, the birth of Israel, and how the social changes of the 1960s affected American and Soviet Jewry.

The author borrows from his personal interviews with Gorbachev, Reagan, Nixon, Kissinger, George Shultz, Eagleburger, among others.