Andrew Grant is a British author of mystery, thriller and crime fiction books.

Born in Birmingham, England, Grant studied English Literature and Drama at the University of Sheffield, before starting his own independent theater company, which exhibited a variety of original material to local, regional and national markets.

After a critically accomplished yet financially draining appearance at the Edinburgh Fringe Festival, Grant ventured into the telecommunications industry on a short-term basis, hoping to make some quick cash.

However, fifteen years later, after several roles, including some which were covered by the UK's Official Secrets Act, Grant became part of a widespread redundancy programme.

Unshackled from the corporate straight jacket, he dared to dream and became a novelist.

Now the author of mystery and thriller series such as Cooper Devereaux, David Trevellyan Thriller, and Paul McGrath, Grant currently lives with his author wife on a nature preserve near Laramie, Wyoming. 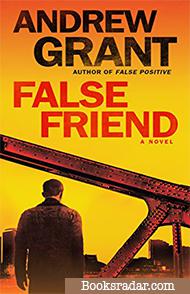 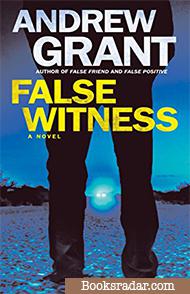 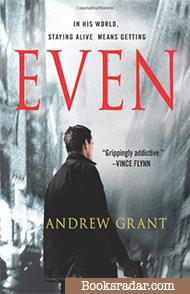 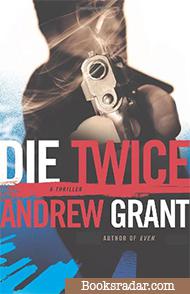 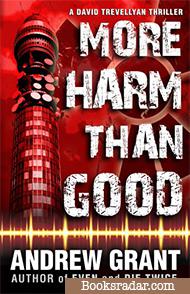 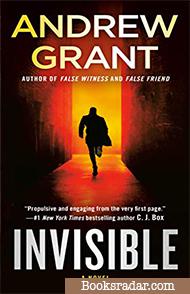 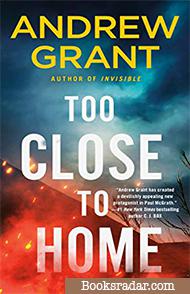 Too Close to Home

Marc Bowman, a highly successful computer consultant and software designer, walks into his job at a major tech company one morning only to find himself fired on the spot, stonewalled by his boss, and ushered out of the building.

Then things get worse: An explosive argument drives his wife away and a robbery threatens to yank a million-dollar idea—and his whole future—out from under him. In a matter of hours, Marc has gone from having it all to being sucker-punched by fate. But it’s only Monday, and before the week is over, he’ll be stalked, ambushed, wiretapped, arrested, duped, double- and triple-crossed—until he can’t tell enemies from allies.

Suddenly, the only thing standing between him and the wrath of everyone from the FBI to Homeland Security to his desperate ex-bosses is a flash drive full of data that might just be the holy grail of high-tech secrets—and a holy terror in the wrong hands.

Now, as the gloves come off and the guns come out, turning back is hopeless and giving up is madness. The only person left for Marc to trust is himself. And the only thing left to do is keep running—or end up a dead man walking.

Alabama detective Cooper Devereaux makes no apologies for his luxe lifestyle or the way he does his job. Most cops haven’t lived the kind of life he has—starting out as an orphan, raised by a grizzled cop savior—and most don’t use his kind of high-risk tactics. But he may have met his match in fellow detective Jan Loflin, who’s fresh off a long undercover stint in Vice when they’re partnered on a case that will test them both beyond their direst nightmares.

A seven-year-old boy has disappeared from his home in the Birmingham suburbs. But the more Devereaux digs into the missing child’s background, the more he discovers about his own, eventually shaking loose a series of harrowing truths—about bloodlines, mass murder, obsession, and what two damaged detectives have in common with the innocent victim they’re so desperate to save.

This twisty page-turner—the debut of the Detective Cooper Devereaux series—hurtles at a mile a minute through an action-packed search for a missing child, culminating in an ending that no reader will see coming.

An arsonist is targeting schools in Birmingham, Alabama—with devastating effect. Detective Devereaux—a man you can’t quite trust and should never ignore—must put a stop to the elusive pyromaniac’s reign of terror before more damage is done. Or worse, before students’ lives are lost. But as Devereaux sifts through the ashes of the case, a grisly discovery at a burned-out school sends the investigation spiraling in a new, terrifying direction.

The detective and his partner are dragged into a nightmare world by revelations of gruesome rituals, the disappearance of local citizens, and allegations against city officials of shocking crimes that stretch back decades.

With innocent lives on the line, progress is hampered by friction between the police department and the FBI, and interference from factions of the local underworld complicate matters further. Devereaux doesn’t make excuses for his willingness to work outside the lines, but just as he needs to be at the top of his game, he’s rocked by echoes from his troubled past that threaten to engulf his daughter and girlfriend—and fracture the life he’s only recently begun to rebuild.

A woman disappears on her twenty-first birthday. The following day her body is found, wrapped neatly like a gift in a crumbling, sun-speckled graveyard. What does Detective Devereaux have to go on? Very little. No motive, no suspects.

Then another victim is discovered in a crematorium parking lot. Again, she was killed on her twenty-first birthday. Again, her body was wrapped like a gift. By the third murder the tabloids have dubbed the homicidal monster the Birthday Killer—and Devereaux is under the gun.

While Devereaux’s own violent and mysterious past nips at his heels, and his fragile home life threatens to unravel, he can’t afford to be anything but totally obsessed with the frantic search through the many layers of this city, from its wealthy enclaves to its dark criminal underbelly.

The only certainty is that Devereaux is hunting a killer determined to fulfill a deranged agenda in which women’s lives are extinguished like candles on a cake.

He’s walked the wire many times before. His motivation is survival. And his lifelong belief is justice.

David Trevellyan is a survivor from the shadowy world of Royal Navy Intelligence. One night he’s taking a lonely, late night walk back to his New York hotel when he comes across the dead body of a homeless man. As David steps forward, a police car arrives. A second too late he realizes he’s been set up and when the police hand the case to the FBI, he’s sucked deep into the system.

With no idea of who is friend and who is foe, he penetrates a huge international conspiracy which spans from war-torn Iraq to the very heart of power in the US.

He knows that the price of failure will mean death, so to succeed he must overcome the forces that threaten the very core of national security and gain redemption not just for himself, but for the huddled corpse from the alley.

A pulse-racing spy thriller cooler than Bond and more deadly than Bourne.

Obliged to leave New York City in the aftermath of his previous mission, David Trevellyan is summoned to the British Consulate in Chicago. To the same office where, just a week before, his new handler was attacked and shot by a Royal Navy Intelligence operative gone bad.

Assigned the task of finding the rogue agent, and putting an end to his treacherous scheme, Trevellyan soon finds that once again his only hope of saving countless innocent lives lies not within the system, but in his instinctive belief – you’re bound to do what’s right, whatever the personal cost may be.

Rule one: don’t mess with a tough guy with time on his hands.

Especially if you have secrets to keep.

A head injury requires a mandatory health check. That’s Naval Intelligence’s standard procedure. Covert operative David Trevellyan doesn’t like procedure. But he goes along to get along. He agrees to a hospital stay and an MRI.

Then someone steals his boots.

Trevellyan decides to keep himself in the hospital until justice is served. His bosses don’t share his priorities, so - in trademark fashion - he takes matters into his own hands. The trap he sets slams shut with ruthless efficiency.

But Trevellyan finds he’s caught more than a thief. He’s stumbled into a complex, multi-layered conspiracy designed to cause incalculable diplomatic damage.

For the first time in his career Trevellyan must operate in his home territory. He approaches the task with his customary vigor. But between criminals on one side and regulations on the other, he’s more isolated than ever. And as a virtual stranger in his own land, with the body-count rising and his time running out, he’s soon facing the soul-searching question:

Is he doing MORE HARM THAN GOOD?

An Army veteran and intelligence agent goes undercover as a janitor at a federal courthouse to pursue his own brand of justice...

As a young man, Paul McGrath rebelled against his pacifist father by becoming a standout Army recruit and the star of his military intelligence unit. But lingering regrets about their relationship make him return home, only to find his father dead, seemingly murdered.

When the case ends in a mistrial—after a key piece of evidence disappears—something doesn’t smell right to McGrath. So he puts his arsenal of skills to work to find out just how corrupt the legal system is. And to keep digging, he gets a job at the courthouse. But not as a lawyer or a clerk...

Now McGrath is a janitor. The perfect cover, it gives him security clearance and access to the entire building. No one notices him, but he notices everyone. He notices when witnesses suddenly change their stories. When jury members reverse their votes during deliberation. When armies of corporate attorneys grind down their small-time adversaries with endless tactical shenanigans.

While McGrath knows that nothing he discovers can undo his past wrongs or save his father, he finds his new calling brings him something else: the chance to right current wrongs and save others. And by doing so—just maybe—to redeem himself...if the powerful and corrupt don’t kill him first.

His cover: courthouse janitor. His cause: justice. But when Paul McGrath uncovers a shocking connection to a file of missing evidence, he finds the truth sometimes hits a little too close to home.

An intelligence agent-turned-courthouse janitor, Paul McGrath notices everything and everyone—but no one notices him. It’s the perfect cover for the justice he seeks for both his father and the people who’ve been wronged by a corrupt system. Now he’s discovered a missing file on Alex Pardew—the man who defrauded and likely murdered McGrath’s father but avoided conviction, thanks in large part to the loss of this very file. And what lies behind its disappearance is even worse than McGrath had feared.

Meanwhile, at the courthouse, he stumbles on the case of Len Hendrie, a small businessman who’s been accused of torching a venture capitalist’s mansion. Though Hendrie admits starting the fire, McGrath learns how the VC has preyed on average Joes to benefit himself—and his extensive wine collection. McGrath can’t resist looking deeper into this financial predator and soon finds himself in a gray area between his avenging moral compass and the limits of the law.

Then, just as the Hendrie case is heating up, McGrath receives word of the death of his father’s former housekeeper, sending him back to his family home to confront unfinished business from his past. And he’s about to find some unwelcome truths about the mother he lost as a child—and the father who hid even more secrets than he realized.