Ross Greenwood is a British author of mystery and thriller books.

Born in Peterborough, England, Ross attended The King's School in his home town, where he lived until the age of twenty.

After finishing school, he adopted somewhat of a nomadic lifestyle, living and working all over the country, as well as in different parts of the world.

Although Ros often found himself returning back to his roots, it was always because something wasn't going right in his life.

Passionate about writing, Ross began working on his debut novel Fifty Years Of Fear years ago, although he never got to publish it until 2017—largely because life got in the way of things.

Ross worked in sales management for virtually his entire life, although he did have a four-year spell as a prison officer, something that inspired his book Jail Break (2019).

He lives with his partner, whom he randomly met while walking a dog, and their two children. 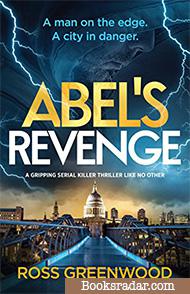 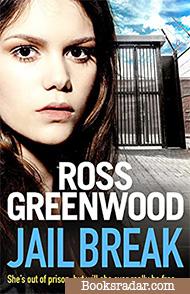 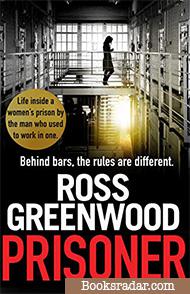 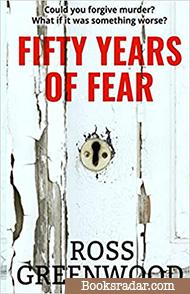 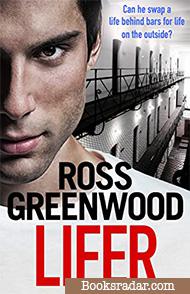 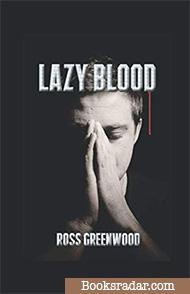 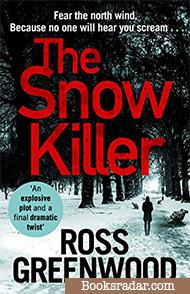 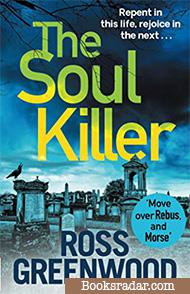 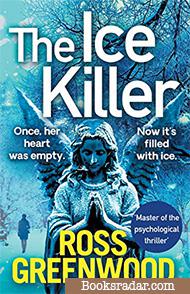 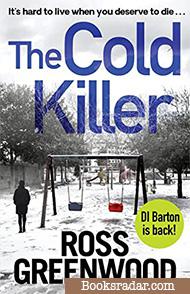 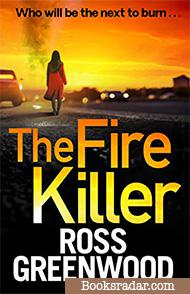 This is a story about a city. As with all others, it’s a place of violence. There are murderers, and they live among us.

This is also a tale about a couple — sometimes friends, occasionally lovers, but always partners. Dan and Olivia are fighting modern battles; the ones parents have over a lack of money, time or peace.

An escalating serial killer terrifies the streets and homes. The body count rises as their relationship crumbles. Society reveals its dark side, and no one is safe. Dan and Olivia experience this first-hand as danger closes in.

Will Abel's reign of terror ever end?

Today is the first day of the rest of Katie’s life – because today is the day she is released from prison.

Katie committed a terrible crime but now she’s done her time, and is determined never to go back behind bars. But starting again isn’t easy, especially after what she ​did, and what was done to her.

A stay in a probation hostel helps Katie make new friends on the outside, and slowly she finds her feet, but the world is full of temptations and memories, drawing Katie back to her past. Before she can truly start to live again, Katie must finally confront her demons and face the nightmare she’s been turning away from. But she needs to be careful.

Katie might be free for now, but soon her break from jail could be over…

NB: This book is also known as Shadows of Regret.

Behind bars, the rules are different…

Prison Officer Jim Dalton is used to walking the landings on the male side of Her Majesty's Prison Peterborough. It’s a dangerous place, fueled by testosterone-driven violence, but he’s done the job for a long time. He understands the unwritten rules, and he has the prisoners’ respect.

When a relative is sent to the jail, Dalton is transferred to the female side of the prison. His next shift is so easy, he can’t believe that the officers over there get paid the same wages. He sleeps well for the first time in years.

But when he is assigned to the young offenders’ wing, dealing with female prisoners no longer seems so simple. As every day passes, and he gets to know the women better, he is slowly drawn in to new traps and a new nightmare. One which could destroy everything.

Could you forgive murder? What if it was something worse?

A childhood accident robs Vincent of his memories, causing him to become sensitive and anxious around others. His differences attract bullies, and he comes to rely heavily on the support of his family. After the devastating loss of his parents, a remarkable woman teaches him to embrace life and, little by little, he realizes the world is far more forgiving than he imagined.

When fragments of his memory return, he begins to unravel his past. Who was his mother? What kind of a man is his brother, Frank? And why does death surround them? Fate is cruel. History is dark. Things are not as they seem. Perhaps he should have stayed at home.

NB: This book is also known as Survivor.

Ben wasn’t brought up, he was dragged up.

With absent parents and broken friends, a young Ben makes choices that are ruining his life. Before he’s even twenty, Ben’s spells in prison begin, and soon he finds himself involved in serious crime. When people begin to die, Ben must choose a side.

But is this really the life Ben wants or is there a way out of this vicious cycle? Is he destined to fulfil his fate of being once a prisoner, always a prisoner? Or can Ben swap a life on the inside, for one with hope on the outside?

NB: This book is also known as The Boy Inside.

Will meets three boys on his first day at school. They become friends for life. A shocking event sends them out into the world on separate paths, but they remain in touch. As the years go by, their lives slowly unravel, and they begin to pull each other down.

Set over thirty years, each chapter is a snapshot of a descent into ruin. How far does your loyalty go? An unmissable tale of love, friendship and betrayal.

"Fear the north wind. Because no one will hear you scream…"

A family is gunned down in the snow but one of the children survives. Three years on, that child takes revenge and the Snow Killer is born. But then, nothing - no further crimes are committed, and the case goes cold.

Fifty years later, has the urge to kill been reawakened? As murder follows murder, the detective team tasked with solving the crimes struggle with the lack of leads. It’s a race against time and the weather – each time it snows another person dies.

As an exhausted and grizzled DI Barton and his team scrabble to put the pieces of the puzzle together, the killer is hiding in plain sight. Meanwhile, the murders continue…

A murder made to look like suicide. Another that appears an accident.

DI Barton investigates the tragedies that have shattered a family’s lives, but without obvious leads the case goes nowhere. Then, when the remains of a body are found, everything points to one suspect.

Barton and his team move quickly, and once the killer is behind bars, they can all breathe a sigh of relief. But death still lurks in the shadows, and no one's soul is safe. Not even those of the detectives…

How do you stop a killer that believes life is a rehearsal for eternity, and their future is worth more than your own…?

Winter is coming, and Detective Inspector Barton is facing the toughest case of his career...

Ellen Toole's therapist told her to forget the past, but with her family story shrouded in secrecy, that’s easier said than done. The approaching long nights of winter loom threateningly in front of her, and with her mother on her death bed, Ellen has never felt more alone. When it becomes clear that her mother has kept secrets about a history darker than Ellen ever imagined, Ellen must find answers about the past if she has any hope for a future.

DI Barton and his team are still recovering from a particularly tough and grisly case, so a report of a kidnapping, followed by the discovery of two dead bodies, is the last thing they need. There’s a murderer on the loose, and the killer needs to be stopped before they strike again. This winter, there will be vengeance on Ellen's mind, and DI Barton will struggle with his hardest case to date.

How can Barton find the truth, when all the victims and witnesses are dead?

It's hard to live when you think you deserve to die…

When a tired old inmate is found dead in his cell, the prison is obligated to investigate and so DI Barton attends. The men he interviews have been convicted of some of the worst things a human being can do, but it appears likely that the death was due to natural causes.

When the house of the dead man is burgled and that crime is followed by a suspicious fire, Barton desperately needs to speak to his widow, but she’s nowhere to be found.

In the space of twenty-four hours, everyone he wants to talk to has vanished. Then he receives some post which makes him believe he could be the next to disappear.

Barton’s investigation goes full circle, through a series of brutal murders, back to the prison, and all signs are pointing to the fact that he’s made a terrible mistake.

There’s a violent killer on the loose, who wants everyone to learn that some people deserve to die.

When DI Barton is asked to investigate a seemingly innocuous fire that kills, he believes it's either children fooling around or a worrying racially-motivated crime.

As he delves deeper into the case, he soon realizes that there is a history of similar blazes spread out over many years, all within a close area. An idea suggested by pathologist Mortis makes Barton suspect he has the arsonist’s motives wrong.

When a night worker comes forward with a tip, Barton narrows down the suspects. But with all of them acting suspiciously, he knows for sure that one or more of them must be lying. And when a huge house blaze shocks everyone, Barton fears the killer has lost all control.

Who is The Fire Killer? What will be next to burn?