Matthew Hall is a British lawyer, screenwriter and author of mystery books.

An alumnus of Hereford Cathedral School and Worcester College, Oxford where he studied law, Matthew practiced as a barrister in London for a number of years before turning to writing; starting with episodes of the hit ITV show, Kavanagh QC, starring John Thaw.

He has since spent over two decades as a screenwriter, with more than 60 hours of prime-time UK drama.

Matthew has won multiple awards, including a 2018 BAFTA Cymru for Keeping Faith.

Two of his books, his debut novel The Coroner (2009), and his fourth book The Flight (2012), have both been shortlisted for the Crime Writers’ Association Gold Dagger.

Other than writing, Matthew is also passionate about amateur boxing and the conservation of the countryside.

Married to journalist and former lawyer, Patricia Carswell, Matthew currently resides on the border of England and Wales; a place where he spent most of his childhood, as well as adult life. 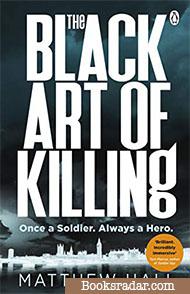 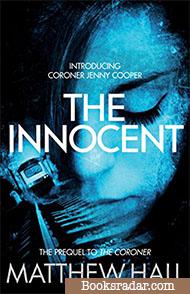 The Innocent: A Jenny Cooper Novella 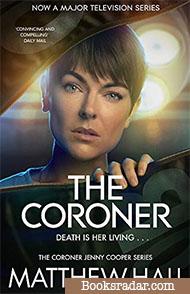 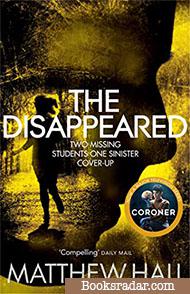 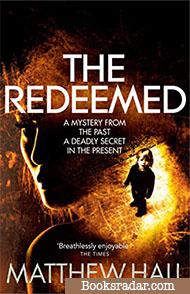 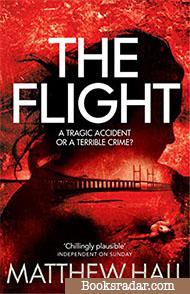 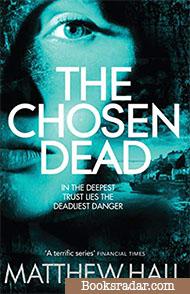 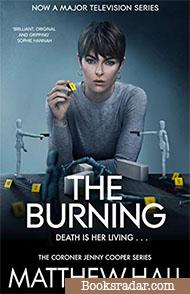 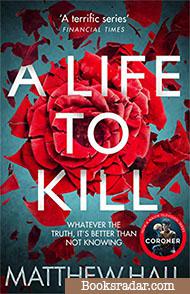 A Life to Kill

The Black Art of Killing

People sleep peacefully only because rough men stand ready to do violence on their behalf...

For twenty years Leo Black was in the SAS. Now he lectures on violence instead of committing it, putting his soldiering days behind him in pursuit of a respectful academic life.

But when a former comrade in arms is killed trying to prevent a scientist's abduction, Black is faced with an unexpected choice.

Be the upright citizen the university demands...

The Innocent: A Jenny Cooper Novella

Buy now
Like
The Innocent: A Jenny Cooper Novella

When Coroner Jenny Cooper crashes her car one bright September morning, she finds her mind propelled back to the past...

Ten years ago Jenny Cooper, a burned out family lawyer, finds herself embroiled in the most difficult of cases when a fourteen year old girl in her care is killed, falling under a train. It seems both the girl's family and the authorities are determined to prove Jenny responsible. But what is the real truth behind Natasha's tragic death?

Death is her living...

When lawyer Jenny Cooper is appointed Severn Vale District Coroner, she’s hoping for a quiet life and space to recover from a traumatic divorce, but the office she inherits from the recently deceased Harry Marshall contains neglected files hiding dark secrets and a trail of buried evidence.

Could the tragic death in custody of a young boy be linked to the apparent suicide of a teenage prostitute and the fate of Marshall himself? Jenny’s curiosity is aroused. Why was Marshall behaving so strangely before he died? What injustice was he planning to uncover? And what caused his abrupt change of heart?

In the face of powerful and sinister forces determined to keep both the truth hidden and the troublesome coroner in check, Jenny embarks on a lonely and dangerous one-woman crusade for justice which threatens not only her career but also her sanity.

Two young British students, Nazim Jamal and Rafi Hassan vanish without a trace. The police tell their parents that the boys had been under surveillance, that it was likely they left the country to pursue their dangerous new ideals. Seven years later, Nazim's grief-stricken mother is still unconvinced. Jenny Cooper is her last hope.

Jenny is finally beginning to settle into her role as Coroner for the Severn Valley; the ghosts of her past that threatened to topple her, banished to the sidelines once more. But as the inquest into Nazim's disappearance gets underway, the stink of corruption and conspiracy becomes clear...

As the pressure from above increases, a code of silence is imposed on the inquest and events begin to spiral out of all control, pushing Jenny to breaking point. For how could she have known that by unravelling the mysteries of the disappeared, she would begin to unearth her own buried secrets?

A mystery from the past. A deadly secret in the present.

The body of a dead man is discovered in an overgrown cemetery in Bristol, the sign of the cross gouged into his flesh. At first it seems to coroner Jenny Cooper that all the evidence points to a horrific, if routine, suicide.

Then an enigmatic young priest, Father Lucas Starr, arrives on Jenny’s doorstep, entreating her to hold an inquest into the death of Eva Donaldson, a high profile political campaigner whose past life continued to haunt her. A young man, Paul Craven, has recently been sentenced for Eva’s brutal murder. But despite Craven’s conviction and the evidence against him, Father Lucas is convinced of the man’s innocence.

Jenny’s lone quest for justice will take her to the dark heart of an establishment who wish to silence her, and on an inner journey to confront ghosts that have haunted her for a lifetime. For Jenny Cooper answers to no one but the dead...

A tragic accident or a terrible crime?

When Flight 189 plunges into the Severn Estuary, Coroner Jenny Cooper finds herself handling the case of a lone sailor whose boat appears to have been sunk by the stricken plane, and drawn into the mysterious fate of a ten year-old girl, Amy Patterson, a passenger on 189, whose largely unmarked body is washed up alongside his.

While a massive and highly secretive operation is launched to recover clues from the wreckage, Jenny begins to ask questions the official investigation doesn’t want answered. How could such a high tech plane – virtually impregnable against human error – fail? What linked the high powered passengers who found themselves on this ill-fated flight? And how did Amy Patterson survive the crash, only to perish hours later?

Under pressure from Amy’s grieving mother, and opposed by those at the very highest levels of government, Jenny must race against time to seek the truth behind this terrible disaster, before it can happen again...

An unlikely suicide or a deadly conspiracy?

When Bristol Coroner Jenny Cooper investigates the fatal plunge of a man from a motorway bridge, she little suspects that it has any connection with the sudden death of a friend’s thirteen year old daughter from a deadly strain of meningitis. But as Jenny pieces together the dead man’s last days, she’s drawn into a mystery whose dark ripples stretch across continents and back through decades.

In an investigation which will take her into the sinister realms of unbridled human ambition and corrupt scientific endeavor, Jenny is soon forced to risk the love and lives of those closest to her, as a deadly race to uncover the truth begins...

A family tragedy. A buried secret. What lies hidden in the flames?

A dense, bitterly cold fog has settled over the Wye Valley when Bristol Coroner Jenny Cooper is called to the scene of a dreadful tragedy: in the village of Blackstone Ley, a house has burned to the ground with three members of a family inside.

Though evidence of foul play is quickly uncovered, it isn't long before the police investigation is drawn to a close. It seems certain that the fire was started by one of the victims, Ed Morgan, in a fit of jealous rage. But their infant son is still missing and Ed had left a message for his surviving wife, Kelly Hart, telling her that she would never find the child...

As Jenny prepares the inquest, she finds herself troubled by the official version of events. What could have provoked Ed's murderous rampage? How might the other, guarded inhabitants of the village have been involved? And what could the connection be with the mysterious abduction of a little girl ten years ago?

Battling to suppress grueling events in her own life, Jenny soon becomes entangled in another perplexing inquiry that may have surprising links to this one. Can she unearth Blackstone Ley's secrets, before it's too late?

The day they've all been waiting for is at hand. The last British combat soldiers in Helmand are counting the minutes until their departure for home. For their excited families in Highcliffe, it spells the end of an agonizing six month wait.

But in the final hours, disaster strikes. Nineteen-year-old Private Pete 'Skippy' Lyons is abducted and the patrol sent out to locate him is ambushed. One killed, two injured. One still missing in action...

Their loved ones are left desperate for answers the Army won't provide. How could Private Lyons have been snatched from a heavily fortified command post? And why are officers trying to disguise what happened during the mission to save him?

Their only hope lies with Coroner Jenny Cooper, who must take on the full might of the military to stop the truth being buried along with the boy soldiers. But in a town filled with secrets and rumors, it's not only the Army that has something to hide.