Born in Austin, Texas, and raised in New Jersey, Hawke started acting while he was in high school.

By the time he was 25, he had starred in 15 motion pictures, including White Fang (1991), the film adaptation of the novel “Alive'', by Jack London.

Hawke has been nominated four times for the Academy Award, twice for writing and twice for acting.

Some of his most notable films as an actor include Dead Poets Society, Reality Bites, Gattaca, and Training Day, while his best known works as an author include The Hottest State (1996), Ash Wednesday (2002) and Rules for a Knight (2015).

Hawke currently lives in Brooklyn, New York with his wife and kids. 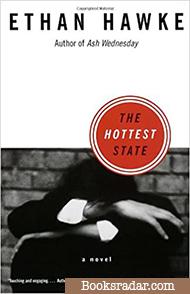 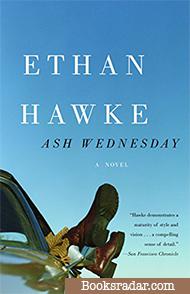 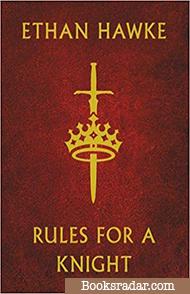 Rules for a Knight 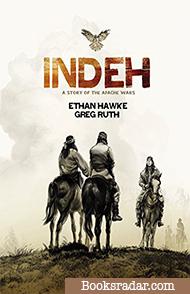 Indeh: A Story of the Apache Wars 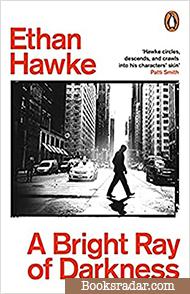 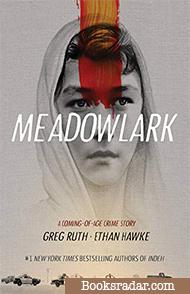 When William meets Sarah at a bar appropriately called the Bitter End, he is a few months short of his twenty-first birthday and about to act in his first movie. He is so used to getting what he wants that he has never been able to care too deeply for anyone. But all of that is about to change. And it is Sarah--bold and shy, seductive and skittish--who will become William's undoing and his salvation.

William's affair with Sarah will take him from a tenement on the Lower East Side to a hotel room in Paris, from a flip proposal of marriage to the extremities of outraged need and the wisdom that comes only to true survivors. Anyone who reads The Hottest State will encounter a writer who can charm, dazzle, and break the heart in a single paragraph.

Jimmy is AWOL from the army, but—with characteristic fierceness and terror—he’s about to embark on the biggest commitment of his life. Christy is pregnant with Jimmy’s child, and she’s determined to head home, with or without Jimmy, to face up to her past and prepare for the future. Somehow, barreling across America from Albany to New Orleans to Ohio and Texas in a souped-up Chevy Nova, Christy and Jimmy are transformed from passionate but conflicted lovers into a young family on a magnificent journey.

Ash Wednesday is a novel of blazing emotion and remarkable grace, a tale that captures the intensity—the excitement, fear, and joy—of being on the threshold of the mysterious country of marriage and parenthood.

An unforgettable fable about a father's journey and a timeless guide to life's many questions.

A knight, fearing he may not return from battle, writes a letter to his children in an attempt to leave a record of all he knows. In a series of ruminations on solitude, humility, forgiveness, honesty, courage, grace, pride, and patience, he draws on the ancient teachings of Eastern and Western philosophy, and on the great spiritual and political writings of our time. His intent: to give his children a compass for a journey they will have to make alone, a short guide to what gives life meaning and beauty.

Buy now
Like
Indeh: A Story of the Apache Wars

The year is 1872. The place, the Apache nations, a region torn apart by decades of war. The people, like Goyahkla, lose his family and everything he loves. After having a vision, the young Goyahkla approaches the Apache leader Cochise, and the entire Apache nation, to lead an attack against the Mexican village of Azripe.

It is this wild display of courage that transforms the young brave Goyakhla into the Native American hero Geronimo.

But the war wages on. As they battle their enemies, lose loved ones, and desperately cling on to their land and culture, they would utter, "Indeh," or "the dead." When it looks like lasting peace has been reached, it seems like the war is over. Or is it?

Indeh captures the deeply rich narrative of two nations at war -- as told through the eyes of Naiches and Geronimo -- who then try to find peace and forgiveness. Indeh not only paints a picture of some of the most magnificent characters in the history of our country, but also reveals the spiritual and emotional cost of the Apache Wars.

A bracing meditation on fame and celebrity, and the redemptive, healing power of art; a portrait of the ravages of disappointment and divorce; a poignant consideration of the rites of fatherhood and manhood; a novel soaked in rage and sex, longing and despair; and a passionate love letter to the world of theater.

The narrator is a young man in torment, disgusted with himself after the collapse of his marriage, still half hoping for a reconciliation that would allow him to forgive himself and move on as he clumsily, and sometimes hilariously, tries to manage the wreckage of his personal life with whiskey and sex.

What saves him is theater: in particular, the challenge of performing the role of Hotspur in a production of Henry IV under the leadership of a brilliant director, helmed by one of the most electrifying—and narcissistic—Falstaff's of all time.

Searing, raw, and utterly transfixing, A Bright Ray of Darkness is a novel about shame and beauty and faith, and the moral power of art.

Set against the quiet and unassuming city of Huntsville, Texas, Jack "Meadowlark" Johnson, and his teenage son, Cooper embark on a journey of epic proportions. Told over the course a single day, this electrifying graphic novel recounts Cooper's struggle to survive the consequences of his father's mistakes and the dangers they have brought home to his estranged family. As Cooper and his father desperately navigate cascading threats of violence, they must also grapple with their own combative, dysfunctional, but loving relationship.

Drawing on inspiration from the authors' childhoods in Texas, their relationships with their own sons and from ancient myths that resonate throughout the ages, this contemporary crime noir is a propulsive coming-of-age tale of the shattering transition into manhood. While both father and son strive to understand their place in the world and each other's lives, tension and resentment threaten to boil over.