Annie Haynes was a British author of mystery, suspense and crime fiction novels.

Born in 1865 in Ashby-de-la-Zouch, Leicestershire, England, not much is known about her life. What is however known is that she was the daughter of an ironmonger.

At the beginning of the twentieth century, she lived in London and was actively involved in literary and early feminist circles.

The Bungalow Mystery, her debut novel, first made it into the public domain in1923, while the majority of her books were published before her unexpected demise in 1929.

Her book Who Killed Charmian Karslake? (1929), was published posthumously, while The Crystal Beads Murder, which was partially-written, first appeared in 1930.

It is widely believed that The Crystal Beads Murder was mysteriously completed by either Dorothy L. Sayers or Agatha Christie. 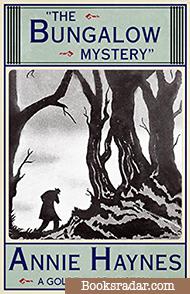 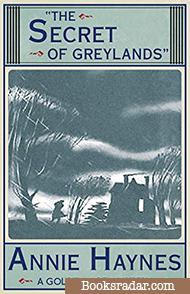 The Secret of Greylands 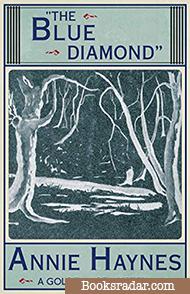 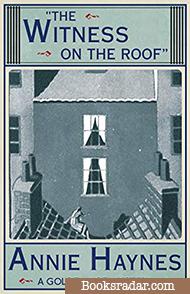 The Witness on the Roof 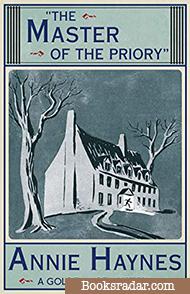 The Master of the Priory
Inspector Furnival Mysteries 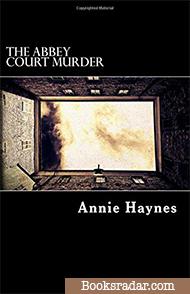 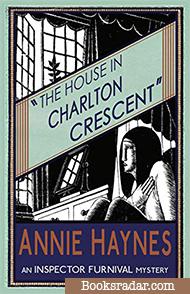 The House in Charlton Crescent 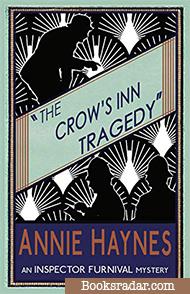 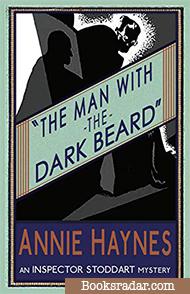 The Man with the Dark Beard 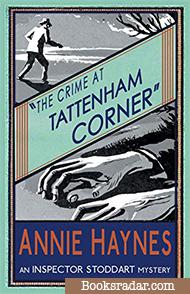 The Crime At Tattenham Corner 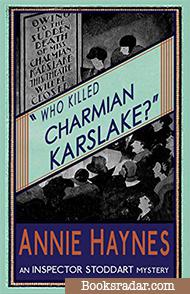 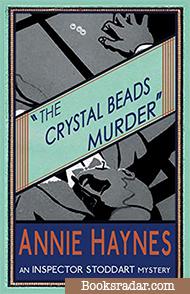 “He had his tea as usual; when I knocked at the door with the tray (he always had afternoon tea), I found him—like this.”

Dr Roger Lavington is dreading his debut performance with the village amateur dramatic society. But real-world drama takes over when Lavington’s neighbour, a reclusive artist, is found murdered in his own sitting room. Also found on the scene are a lady’s glove, a diamond ring, and a mysterious young woman who begs Lavington for his protection. Her safety will depend on her ability to take a role in the forthcoming village play—but is Lavington sheltering a wronged woman or a clever murderess?

“There’s no dirty trick he wouldn’t play—it’s my belief that he wouldn’t even stop at murder!”

Her husband unmasked as a scoundrel, Lady Cynthia Letchingham seeks refuge at her cousin Hannah’s north-country home Greylands. But on Cynthia’s arrival, she finds Hannah an invalid, having recently suffered a mysterious paralysis; the house is devoid of servants, and Hannah’s husband, charming and sinister by turns, keeps watch over everything and everyone. Only the presence of charming Sybil Hammond and a darkly handsome neighbour relieve the atmosphere for Cynthia – but then a dark red stain appears mysteriously on the sleeve of her coat…

“Who knows if he didn’t make away with her here? Those things found in the Home Coppice show that she was made away with plain enough, I say.”

Jim Gregory, under-gardener at Hargreave Manor, finds something unexpected when climbing Lover’s Oak but won’t say what. Instead he’s all ears regarding the legendary ‘Luck of the Hargreaves’ diamonds, destined for the future bride of Sir Arthur, the new squire.

Sir Arthur himself then discovers a beautiful stranger, lost in the woods near the manor. She cannot recall a thing—not even her name. She is given shelter and Mary Marston, a private nurse, recognizes her—and abruptly goes missing. Nurse Marston must still be in the house, it is initially agreed—but if so, where?

Who got rid of Nurse Marston? To whom does the tobacco pouch with the floral design belong? And why was a blood-stained cuff found in the woods? These mysteries, and more, Superintendent Stokes is determined to solve.

Glancing at her more closely, he noticed dark stains on her white gown. Horror-struck, he bent over her for a moment, and realised that it was unmistakably a corpse.

Little Polly Spencer liked to visit her hiding place up on the London rooftops, to escape a scolding or worse from her stepmother. Peeping through a studio window, she sees what looks like a burglary. But signs of robbery are merely a cover for murder – and the young figure on the roof seemingly the only witness to the crime.

Polly is sent to live with her well-born mother’s family, her secret kept from the police. More than a decade later, she has become Lady Warchester, the wife of a wealthy titled man—yet, in a world utterly removed from her childhood, she will finally face the pale-faced killer she glimpsed through the window all those years ago. And the danger of having seen too much is about to become acute…

“As for books,” Sir Oswald said, “I don’t care for them. Unless I get hold of a good detective story. The tracing out of crime always has a curious fascination for me.”

Frank Carlyn quarrelled with his gamekeeper Jack Winter, and then appeared agitated. Soon after, Winter was found shot dead with his own gun. Suspicion was primarily aimed at the late man’s wife, seen rushing to catch a London train, and then vanishing.

One year later, the enigmatic governess Elizabeth Martin arrives to take up her duties at Davenant Priory. Her appearance means nothing to the almost-blind Sir Oswald, though others in the household note her dyed dark hair and the smoked glasses she habitually wears. But what is Miss Martin’s secret and how is it connected to the sinister slaying committed twelve months earlier?

“A crime of a peculiarly mysterious nature was perpetrated some time last night in a block of flats called Abbey Court.”

Lady Judith Carew acted furtively on the night of the Denboroughs’ party. Her secret assignation at 9:30pm was a meeting to which she took a loaded revolver. The Abbey Court apartment building would play host to violent death that very night, under cover of darkness. The killer’s identity remained a mystery, though Lady Carew had a most compelling motive – and her revolver was left in the dead man’s flat…

Enter the tenacious Inspector Furnival in the first of his golden age mysteries, first published in 1923. Though there are many clues, there are just as many red herrings and the case takes numerous Christie-esque twists before the murderer can be revealed. This new edition, the first printed in over 80 years, features an introduction from crime fiction historian Curtis Evans.

Protruding from the dead woman’s breast was the gold and jewelled dagger she had shown them half an hour before. And, looking horribly incongruous among the laces of her fichu, a deep stain was spreading.

Elderly cantankerous widow Lady Anne Daventry summons a private detective, Bruce Cardyn, to her London home. He is tasked to find out one thing: just who is trying to kill her?

Any number of relations have a financial interest in her death. Then there is Lady Anne’s recently dismissed private secretary, her lady’s maid and the butler…

Despite Cardyn’s efforts, Lady Anne is murdered and Inspector Furnival, in his second golden age mystery, is on the case, with Cardyn playing Watson. Originally published in 1926, this new edition is the first printed in over eighty years. It features an introduction by crime fiction historian Curtis Evans.

“I cannot understand why Mr. Bechcombe apparently offered no resistance. His hand-bell, his speaking-tube, the telephone—all were close at hand. It looks as though he had recognized his assassin and had no fear of him.”

The corner house of Crow’s Inn Square was the most dignified set of solicitors’ chambers imaginable. But this monument to law and order nonetheless becomes the scene of murder – when the distinguished lawyer Mr. Bechcombe, despite giving strict instructions not to be disturbed, is strangled in his own office.

Inspector Furnival of Scotland Yard has to wrestle with fiendish clues, unearth priceless gems and tangle with a dangerous gang before he can solve this case, his third and final golden age mystery.

The Man with the Dark Beard

Buy now
Like
The Man with the Dark Beard

“Nobody would have murdered him,” Miss Lavinia cried. “Everybody liked John!”

“I’m afraid it is evident that someone did not.”

The note left beside Dr. John Bastow’s corpse simply read: ‘It was the man with the dark beard.’

Dr. Bastow hadn't approved of his daughter Hilary’s fiancé. So when Hilary’s father is found shot dead inside his own office, the door-key turned from the inside, the fiancé Basil Wilton becomes a chief suspect for Scotland Yard. Yet how could the crime have been engineered?

Now an important lacquered box is missing; a former colleague of Bastow’s has suddenly shaved his beard; and the doctor’s ex-secretary has come mysteriously into money. Before Inspector Stoddart of the Yard can form conclusions, another murder takes place, again credited to the “Man with The Dark Beard”...

The body lay face downwards in a foot of water at the bottom of the ditch. Up to the present it has not been identified. But a card was found in the pocket with the name of –

The grisly discovery was overshadowed in the public imagination by Derby Day, the most prestigious event in the English horse-racing calendar. But Peep o' Day, the popular favourite for the Derby and owned by the murdered man, won't run now. Under Derby rules, the death means automatic disqualification.

Did someone find an ingenious if ruthless way to stop the horse from competing? Or does the solution to the demise of Sir John Burslem lie away from the racetrack? The thoughtful Inspector Stoddart starts to investigate in a crowded field of sinister suspects and puzzling diversions.

“Owing to the sudden death of Miss Charmian Karslake this theatre is closed until further notice. Money for tickets already booked will be refunded.”

Who killed Charmian Karslake, the famous American actress, on the night of the ball at Hepton Abbey? Who was the mysterious Peter Hailsham who had been present at the ball and had since vanished into thin air? What was his connection, if any, with the respectable County family of Penn-Moreton at whose house the murder had taken place?

How Inspector Stoddart and his assistant Harbord solve these questions, and the surprising discoveries they make in the course of their Investigations, form the basis for one of their most devilish mysteries.

"Early this morning a gruesome discovery was made by a gardener employed at Holford Hall in Loamshire..."

Robert Saunderson's murdered body is found in the summer house at Lord Medchester's country mansion. Some crystal beads, broken off a neckace and found on the scene, form the primary clue. But where is the necklace, and whose could it be?

Detective Inspector Stoddart and his assistant Harbord have to unravel a mystery that cost two men their lives and destroyed the reputation of others.