Natasja Hellenthal is a Dutch author of paranormal fantasy, spirituality, and gay and lesbian novels.

Born and raised in Holland, she has been passionate about reading, observing and studying life for as long as she can remember.

A vegan, an eco-warrior and animal lover, Natasja has lived and worked in Norway, Wales, Northern-Ireland and England.

She currently resided in Pyrenees, South of France where she co-parents two young kids that she adopted with her ex.

Natasja has a broad range of interests that range from reading, watching movies, organic farming, cycling and hiking. 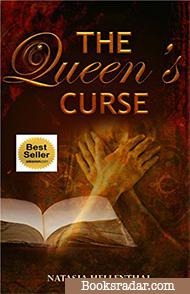 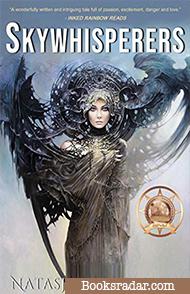 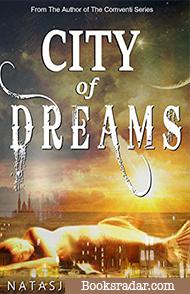 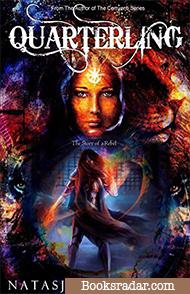 Quarterling: The Story of a Rebel 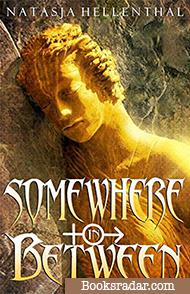 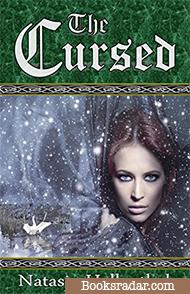 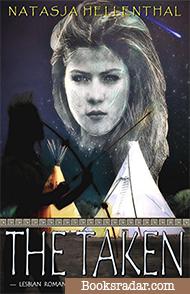 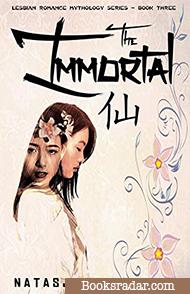 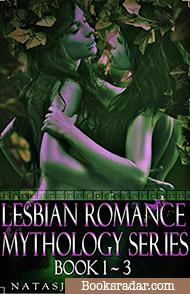 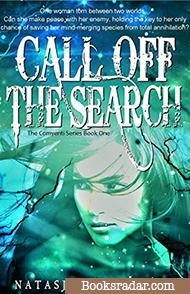 Call Off The Search 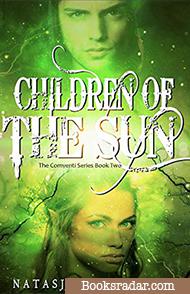 Children Of The Sun 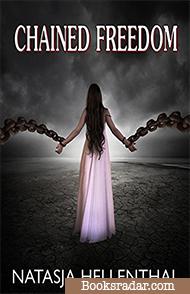 Commander Tirsa Lathabris is determined to confront the enigmatic Queen Artride after she discovers that her brother has been sentenced to death.

Despite her fury, Tirsa is shocked to learn that rather than being thrown in the dungeons, she is selected to protect the queen on a deadly covert mission.

How could this be possible?

As the two women journey together, they have to not only join forces in order to succeed, but also ignore the intense attraction between them throughout their mission.

Will they manage to track down the sorceress who may not necessarily assist them?

Will they return home in time before Tirsa's brother is executed?

When Nemsa, who is partially blind and can’t walk, crosses paths with Xenthia, the fascinating and enigmatic Sky Whisperer, it soon becomes apparent that her destiny is nowhere near what she had previously imagined.

As her birthright comes to light, Nemsa can’t help but wonder how her fate could be connected to that of the older and immortal Sky Whisperer whom she is increasingly getting attracted to.

Furthermore, how could she, as weak as she is, ever face the powerful and vindictive Sun Whisperer?

Will the bravery ever be enough?

As a deadly illness affects both mortals and immortals, Nemsa must muster the strength to not only realize her destiny, but also save the world.

Aigle decides that he must have that song from the moment he hears Mallory playing it.

Journeying to the annual art festival, Mallory doesn’t have much time.

Aigle, the last of his comyentis kind that are on the verge of extinction, is how however willing to use his charms without revealing his secret.

But when Mallory takes off with a pendant Aigle received from his real father, he follows her.

The only problem is that Mallory has gone with the pendant to a city crowded with humans—the sworn rivals of the comyentis.

Stranded, will he risk everything for the sake of rescuing a girl that he barely knows?

Quarterling: The Story of a Rebel

Buy now
Like
Quarterling: The Story of a Rebel

Although Fay Comyenti seemingly lives the perfect life, she is forced to conceal the fact that she is half human and half comyenti.

Turned down by Elodyn, someone she had feelings for, the seventeen-year-old leaves her home and decides to make good use of her abilities in the world, despite being warned by her parents.

Zemandu, the last of the tracar kind, has been on Fay’s trail for a while.

Practically on the verge of death, the gifted Fay is her only hope.

When the two powerful women cross paths, Fay and Zemandu will forever alter the fate of humanity.

Will falling in love with Zemandu however compromise her crucial assignment?

Born with both features of males and females, Yarden has always struggled to fit in.

Who is this strange and gorgeous woman who bought a sculpture at the workshop and stole Yarden's heart before mysteriously vanishing?

As time goes by, Jolaz—who is strikingly similar to Jalmaz—shows up. However, the only difference is that Jolaz is male.

Could they be twins?

Will Yarden learn to accept the newfound feelings for someone they share so many similarities with?

Or will the artist stick to the societal perception of a "suitable" love partner?

Life seemed perfect for the mystical Fionnuala and her brothers in the emerald Tuatha kingdom of Lir, until the death of their mother turns their world on its head.

Left devastated, King Lir secludes himself in his bedchamber.

Fionnuala, who is ready for marriage, makes it her responsibility to look after her younger brothers, only for young Conn to start ailing.

Things however change when the stunning Aoife comes to cure him.

The only problem is that everyone falls for her, none more so than Fionnuala.

So when Aoife ends up marrying her father, Fionnuala feels deceived.

Given the chemistry between the two women, will a king’s jealousy prevent them from being together?

The gorgeous but lonely Iras of the Bear tribe mysteriously vanishes after seeing a shining star in the night sky.

Aponi, a Pawnee reject, crosses paths with the clan and learns about the strange disappearance of Iras.

Intrigued by the case, she embarks on a truth-finding quest; one that leads her to the mountain where an elderly woman provides her with more clues.

Will Aponi successfully complete her mission? Most importantly, will she manage to outwit the enigmatic Starman who has captured Iras?

Humans have throughout history yearned for immortality to no avail.

Xian however already attained immortality after erroneously drinking an Elixir of Life.

But what’s the point of immortality when you don’t have to share it with your loved ones?

Sad and lonely, she attempts taking her own life, only to fail repeatedly.

Furthermore, she has unsuccessfully searched for an antidote for a thousand years.

Everything however changes when she discovers that the Eight Immortals, who hold the secrets of nature, are about to congregate to celebrate the birthday of the Queen Mother, Xi Wang Mu.

Traveling to attend the celebrations, will Xian finally get help to end her immortality? Or will she have a whole eternity to remember her agony?

THE CURSED
Life seemed perfect for the mystical Fionnuala and her brothers, until the death of their mother turns their world on its head.
Things further become complicated when her younger brother falls sick and the stunning Aoife comes into the picture.

THE TAKEN
The gorgeous but lonely Iras of the Bear tribe mysteriously vanishes after seeing a shining star in the night sky.
Intrigued by the case, Aponi, a Pawnee reject, embarks on a truth-finding quest; one that leads her to the mountain where an elderly woman provides her with more clues.

THE IMMORTAL
Humans have throughout history yearned for immortality to no avail.
Xian however already attained immortality after erroneously drinking an Elixir of Life.
But what’s the point of immortality when you don’t have to share it with your loved ones?

Call Off The Search

What if you were the only surviving member of your kind and had to hide it? That is the position that Sula finds herself in.

Born with incredible abilities beyond human comprehension, she only has one deadly weakness; a weakness which led to the destruction of her kind—the comyentis.

Envious of their supernatural abilities, people hunted down and annihilated her kind.

After years of hiding in the shadows and desperately looking for remnants of her people, Sula is forced to make a tough decision.

Will she manage to save her people from total destruction?

Will she follow her head or give into the wishes of her heart?

Children Of The Sun

Two decades later, the mighty but gentle Shazar is left anguished following the demise of his human mate, Ashanna.

Embarking on a journey to reconnect with Sula, he is accompanied by Twello, his adopted human son who hides his fair share of secrets.

A new future is on the horizon for the comyentis.

However, as tensions intensify following the appearance of the two individuals in Rosinhill, a new danger emergence; one that is exceedingly worse than the biased Shazar could ever be.

Who truly are the comyentis? What are they doing in Bhan? And how are they tied to their latest foe?

Upon waking up, Tana Woodwolf discovers that she is stranded in a mysterious land. And from the look of others, this isn’t a paradise.

Trapped, she learns that a sinister power is pulling prisoners to the higher rooms, never to be seen again.

Determined not to be a victim herself, Tana must find a way out of there.

In order to do that, she will have to muster every ounce of craft and power she possesses.

But is there something more sinister within the prison wall that is unbeknownst to her?

As the evil draws closer, Tana receives advice from a mysterious voice?