Jeffrey James Higgins is an American author of thriller novels.

A former reporter and retired supervisory special agent, Jeffrey has wrestled a suicide bomber, battled against the Taliban in combat, and pursued terrorists all over the globe.

His heroics have earned him the Attorney General’s Award for Exceptional Heroism and the DEA Award of Valor.

Jeffrey has made appearances on tv and other platforms, getting interviewed by CNN, New York Times, Fox News, Investigation Discovery, Declassified, and USA Today.

Other than rising all the way to an Amazon #1 New Release with his debut novel, Jeffrey has also received the PenCraft Book Awards Fiction Book of the Year and a Readers’ Favorite Gold Medal. 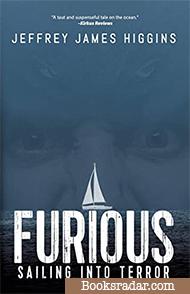 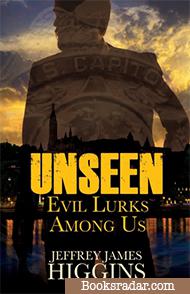 Unseen: Evil Lurks Among Us 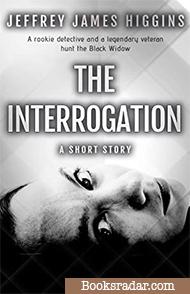 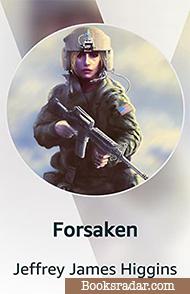 Trapped on a storm-damaged yacht, a grieving woman must conquer her worst fears and fight for her life, in a story described as The Shining on a yacht. Dr. Dagny Steele is on the verge of fulfilling her lifelong calling to become a pediatric surgeon when the sudden death of her daughter sends her into a crushing depression.

Grief stricken and desperate to heal, she takes a leave of absence and sails across the Indian Ocean with her husband. Dagny begins to recover from her tragic loss when her voyage turns into a nightmare.

Isolated and hunted at sea, can she survive a deadly crucible?

Rookie Homicide Detective Malachi Wolf investigates a string of murders in Washington, DC and uncovers both a vigilante killer and a terrorist conspiracy-making himself a target.

After his father's murder, Malachi abandoned his economics doctorate to become a police officer and protect the innocent. Now, he must solve his first homicide to prove himself worthy of the badge.

Austin grew up in a strict religious home, with an abusive father who taught him to solve problems with violence, so when an Islamist infiltrator murders Austin's girlfriend, he seeks revenge the only way he knows how.

The body count grows as Malachi hunts the brutal assassin and unearths a sinister scheme that threatens the country. The former academic seeking justice and a vigilante set on revenge travel on a collision course-two men fighting evil by different means.

Can Malachi stop the murders and expose the plot before the streets run with blood?

Alec has dreamed of becoming a detective since childhood, and he is desperate to impress his senior partner, the legendary Detective Maricela Diaz.

Hoping to prevent a drug war, Alec and Maricela interrogate and flip a member of a new opioid trafficking group, but it may be too late to stop the violence. Sometimes, what you don't know can kill you.

Presumed dead and abandoned in Afghanistan, Army Medic Samantha North must evade a ruthless Taliban commander and fight for her life.

Samantha joined the Army to become a medic, but when the US military withdraws from Afghanistan, she is listed as Killed in Action and left behind.

Now, she must transform from healer to war fighter in a desperate attempt to evade capture and find her way home. Lost, hunted, and forgotten--can she survive?