Peter Høeg is a Danish award-winning author of mystery and thriller novels.

Born in Copenhagen, he holds a Master’s degree in Literature from the University of Copenhagen.

Prior to becoming a writer, Høeg worked as a sailor, ballet dancer and actor, and also had a spell in fencing and mountaineering—vital experiences that he uses in his novels.

Although his debut novel, A History of Danish Dreams (1988), was received well, it was his second novel, Smilla's Sense of Snow (1992), that elevated him to stardom.

The book, which was adapted into a feature film starring British actress Julia Ormond as Smilla, has been translated into more than 17 languages, and published in over 30 countries.

It also won Høeg the 1993 Glass Key Award from the Crime Writers of Scandinavia, and the 1994 Crime Writers’ Association Silver Dagger Award (runner-up to first prize).

He lives in Nørre Snede in Jutland. The History of Danish Dreams 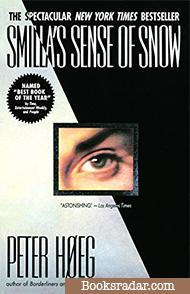 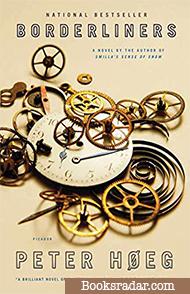 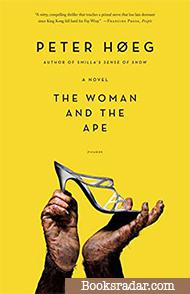 The Woman and the Ape 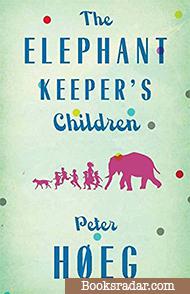 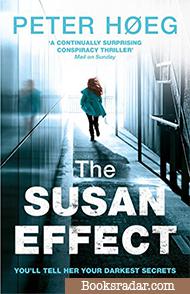 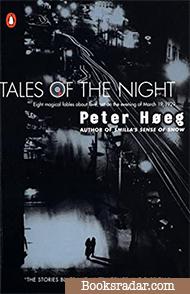 Tales of the Night

The History of Danish Dreams

In a Danish feudal castle, 1520, a count believes he has pinpointed the center of the universe--a patch of land on his estate. But when his discovery is met with disbelief, he walls off his mansion and has all of the clocks stopped. Four centuries pass instantaneously, and the count's young secretary, Carl, emerges from isolation to find a world bursting with war, innovation, love, sexuality, danger, and all the values of the sixteenth century turned upside down as though by supernatural forces--namely, the force of history.

She thinks more highly of snow and ice than she does of love. She lives in a world of numbers, science and memories--a dark, exotic stranger in a strange land. And now Smilla Jaspersen is convinced she has uncovered a shattering crime...

It happened in the Copenhagen snow. A six-year-old boy, a Greenlander like Smilla, fell to his death from the top of his apartment building. While the boy's body is still warm, the police pronounce his death an accident. But Smilla knows her young neighbor didn't fall from the roof on his own. Soon she is following a path of clues as clear to her as footsteps in the snow.

For her dead neighbor, and for herself, she must embark on a harrowing journey of lies, revelation and violence that will take her back to the world of ice and snow from which she comes, where an explosive secret waits beneath the ice....

Strange things are happening at Biehl's Academy when this elite school opens its doors to a group of orphans and reform-school rejects, kids at the end of the system's tether. But the school is run by a peculiar set of rules by which every minute is regimented and controlled. The children soon suspect that they are guinea pigs in a bizarre social experiment, and that their only hope of escape is to break through a dangerous threshold of time and space.

The Woman and the Ape is the story of a unique and unforgettable couple—Madelene and Erasmus. Madelene—a sleeping beauty drowsing gently in an alcoholic stupor—is the beautiful and disillusioned wife of Adam Burden, a distinguished behavior scientist. Erasmus—the unlikely prince—is a 300-pound ape.

Erasmus is brought to the Burdens' London home after escaping from animal smugglers. In him Adam Burden believes he has discovered a hitherto unknown mammal, a highly intelligent anthropoid ape, the closest thing yet to a human being. If he is right, Erasmus will become the jewel of Burden's new zoo.

But Madelene decides to save Erasmus, investing in her efforts all the single-mindedness she until now has reserved for drinking. The two fall in love—a love affair as emotionally and erotically charged as any female-male relationship could ever be. But Erasmus has come to England with a purpose, and eventually the couple must face the world they have sought to flee.

A fable for our time, The Woman and the Ape poses searching questions about the nature of love, freedom, and humanity.

Set in Denmark in the here and now, Peter Hoeg's The Quiet Girl centers around Kaspar Krone, a world-renowned circus clown with a deep love for the music of Johan Sebastian Bach, and an even deeper gambling debt.

Wanted for tax evasion and on the verge of extradition, Krone is drafted into the service of a mysterious order of nuns who promise him reprieve from the international authorities in return for his help safeguarding a group of children with mystical abilities -- abilities that Krone also shares.

When one of the children goes missing, Krone sets off to find the young girl and bring her back, making a shocking series of discoveries along the way about her identity and the true intentions of his young wards. The result is a fast-paced, philosophical thriller blending social realism with the literary fantastic and pitting art and spirituality against corporate interests and nothing less than the will to war by the industrialized world.

Told from the perspective of precocious 14-year-old Peter, The Elephant Keepers’ Children is about three siblings and how they deal with life alongside their eccentric parents. Peter’s father is a vicar, his mother an artisan, and both are equally and profoundly devout. The family lives on the fictional island of Finø, where people of all faiths coexist peacefully. Yet nothing is at it seems.

When Peter’s parents suddenly go missing, Peter and his siblings fear the worst - has their parents’ relentless quest to boost church attendance finally put them in danger?

Told with poignancy and humor, The Elephant Keepers’ Children is a fascinating exploration of fundamentalism versus spiritual freedom, the vicissitudes of romantic and familial love, and the triumph of the human spirit.

Susan Svendsen has an unusual talent. She is an expert in finding out secrets. People feel compelled to confide in her and unwittingly confess their innermost thoughts. Her whole life, she has exploited this talent, but now her family is in jeopardy and there is a prison sentence hanging over her head. Then Susan gets a timely offer from a former government official: use her power one more time and have all charges dropped.

To get her life back in order, she must track down the last surviving members of a secret think tank, the Future Committee, and find out the details in this committee’s mysterious final report. But there are some powerful people determined to stop her.

Tales of the Night

These stories, which vary in theme but all bear the mark of Peter Høeg's graceful and thoughtful prose, are set in eight separate corners of the world. On this fateful night, a young mathematician encounters Joseph Conrad during a train ride through the war-torn Congo in "Journey into a Dark Heart;" a pair of star-crossed lovers in Lisbon dance through their memories of the Danish ballet in "Hommage to Bournonville;" a seaside community struggles with the threat of a smallpox epidemic in "Pity for the Children of Vaden Town;" and in "The Verdict of Ignatio Lanstad Rasker," an idealistic young writer is prosecuted for his homosexuality by the conservative Lord Chief Justice of Denmark.