2
Joseph Hurtgen is an American writer majoring on science fiction and literary criticism. Born in Louisville, Kentucky to a nurse and a theologian, Joseph grew up in Campbellsville, Kentucky.
He earned his PhD in English Literature from Ball State University in 2016.
More about Joseph Hurtgen 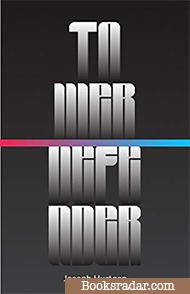 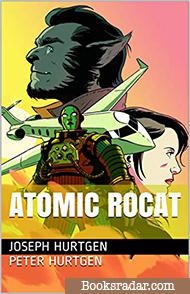 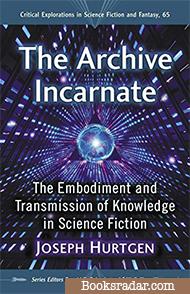 The Archive Incarnate: The Embodiment and Transmission of Knowledge in Science Fiction

A page-turning riot of Philip K. Dick, Kurt Vonnegut, and Bruce Sterling, Tower Defender is a deadly dose of Cyberpunk ready for injection.

Sally Riggs, a former spacer military attaché, and Robert Holdforth, a celebrated inventor, meet while in deparole therapy—the process where language is removed to reduce connection to traumatic memory.

Part of the therapy entails playing Tower Defender, a video game relying on a quick trigger finger and a taste for death.

Being that they will be going up against desert raiders and weirdo weapon cultists in the game, the two will have to join forces in order to win.

They will certainly need those skills given what awaits them in Comm Tower.

Rock band Atomic Rocket is suddenly on the run after accidentally killing everyone attending one of their concerts. In their desperation to get out of country, albeit en route to Mexico, their jet goes down after being struck by lightning.

There is a feeling of relief when the lead singer wakes up. He is however not alone and he's not himself…he's a cat!

Off to search for the rest of his band, what he discovers is beyond mystifying.

The Archive Incarnate: The Embodiment and Transmission of Knowledge in Science Fiction

Buy now
1
The Archive Incarnate: The Embodiment and Transmission of Knowledge in Science Fiction

Our world is one global information economy where an extensive archive of data is at our fingertips. In the pages of science fiction, powerful entities such as governments and corporations not only try to use this archive to control society but also enforce conformity or turn citizens into passive consumers. They however face stern resistance from protagonists who are battling to free the collective mind from those who would enforce top-down control.

Archival technology and its depictions in science fiction have witnessed drastical growth since the 1950s. Ray Bradbury looks at archives in terms of books and television media, while Margaret Atwood from the perspective of magazines and journaling.

William Gibson focuses on technofuturistic cyberspace and brain-to-computer prosthetics, and Bruce Sterling on genetics and society; even as Neal Stephenson gives his imagined post-cyberpunk matrix space and interactive primers.