She worked as a clerk for the United States Court of Appeals after graduating from law school, before practicing law for a number of years with one of the largest firms in the country.

Julie then began writing screenplays before substituting the practice of law for full-time writing after Hollywood producers optioned two of her scripts.

Her books, which have been translated into twenty-two language, have made it to Amazon’s Best Books of the Year, the American Library Association’s Reading List for Top Genre Novels and Booklist‘s Top 10 Romances of the Year.

She currently lives in Chicago, Illinois, with her husband and two children. 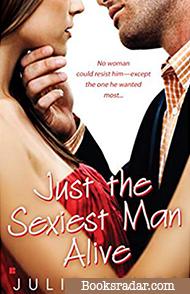 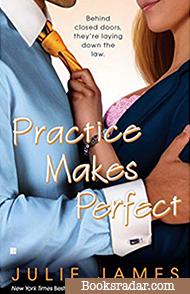 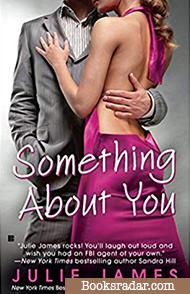 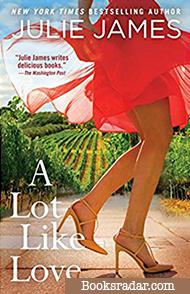 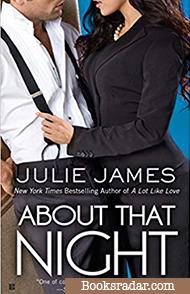 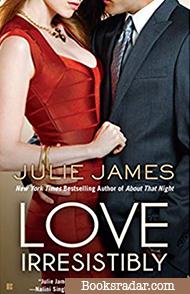 It Happened One Wedding 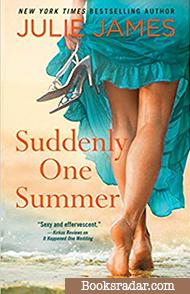 The Thing about Love

Taylor Donovan is quite unfazed, whether in the courtroom or in her personal life. No man can rattle her, not even her cheating ex-fiancé—until she meets Jason Andrews.

Jason Andrews loves the fact that women worship him. So when he attends coaching lessons for his role in his next blockbuster legal thriller, People’s “Sexiest Man Alive” is perplexed by the fact that her coach, Taylor Donovan, ignores his charms.

Immune to his cues and unimpressed by the spotlight, she is unlike any other woman he has ever met.

And the more she rejects him, the more he realizes that they could very well be destined for each other.

Payton Kendall and J.D. Jameson are lawyers at the same firm.

Payton, a feminist to the core, has struggled hard to succeed in a profession dominated by men. Although from a rich and fortunate family, the conceited J.D. has done everything it takes to ignore her.

As co-workers, they have maintained the professional boundaries for eight long years for the sole reason of making partner at the firm.

But when requested to work together on a big case, the spark between them turns into an intense connection: one that quickly escalates into a battle of the sexes after it is revealed that only one of them is poised to be named partner.

Buy now
1
Something About You

An intense love making session in a hotel room in Chicago ends in bloodshed. Of all the hotel rooms rented by all the adulterous politicians in Chicago, it just had to happen next to a room where female Assistant U.S. Attorney Cameron Lynde is staying in.

And what are the odds that of all the FBI agents in Illinois, the high-profile homicide just had to be assigned to Special Agent Jack Pallas?

Jack still blames Cameron for a botched crackdown three years ago that almost destroyed his career.

The two can work together, but only if they overcome the palpable sexual tension between them.

Jordan Rhodes gets to attend some of the most exclusive parties in Chicago, being the daughter of a billionaire and the owner of the best wine store in the city.

When the FBI come calling for assistance to crash the charity fundraiser of a prominent restaurateur who launders money for the mob, Jordan accepts--with the promise of her brother’s release from prison.

Agent Nick McCall of the Bureau is paired with Jordan for the mission. When their assignment is however compromised, they two have to act like a real couple.

Buy now
1
About That Night

Although the chemistry between Rylann Pierce and Kyle Rhodes was intense from the moment they meet, the billionaire heir stood her up on their first date.

Nine years later, the two meet in a courthouse. Kyle Rhodes is the star witness in a high-profile criminal case while Rylann Pierce is a stunning assistant U.S. attorney.

When the two decide to work together, their only rule is that they won’t mix business with pleasure.

Kyle however doesn’t give up too easily. He always gets what he wants, and what he wants right now is the one woman he has never forgotten.

Assistant U.S. Attorney Cade Morgan, who is a former football star and among the best prosecutors in Chicago, will stop at nothing to catch a corrupt state senator.

To do this, he needs the help of Brooke Parker, a general counsel for a restaurant company.

With her help, they can bug the senator’s table at one of her luxurious restaurants so that the FBI can eavesdrop on him.

But none of this will be possibly if Cade fails to convince Brooke to do it.

For a man used to getting what he wants, Cade also wants her.

It Happened One Wedding

Buy now
1
It Happened One Wedding

Investment banker Sidney Sinclair swears that she is done with men that are afraid of settling down after her engagement comes to an unpleasant end.

When her sister however ends up engaged after a turbulent courtship, Sidney somehow ends up in contact with the kind of wickedly attractive playboy she swore to avoid.

Special Agent Vaughn Roberts is passionate about his job just as much as he is at putting women in bed.

So when Sidney is unmoved by her charms, he makes it his mission to win her over.

What begins playfully however makes Vaughn realize that the one woman who refuses his charms is the very one he can’t live without.

Through her career as a divorce lawyer, Victoria Slade has seen far too many unhappy endings to completely keep off marriage.

That however doesn’t in any way suggest that she doesn’t engage in any casual dating.

Her new neighbor is a handsome and cocky man who she promises to stay away from, until he asks for her help with his sister’s case.

Determined to find the man who got his sister pregnant and left her high and dry, Investigative journalist Ford Dixon teams up with Victoria, despite the fact that he just can’t stand her.

An intense attraction however sparks between the unlikely pair, growing stronger each moment they spend together.

The Thing about Love

FBI agents Jessica Harlow and John Shepherd have a history.

Having gone their separate ways after graduation following a clash during their training at Quantico, the former lawyer and cocky Army Ranger cross paths six years later, assigned as work partners in a high-profile undercover sting.

Jessica is desperate to prove her worth on the job after recently divorcing, while John is one assignment away from fulfilling his long-term dream of joining the FBI’s elite Hostage Rescue Team.

As the two put up a romantic act in order to catch a corrupt Florida politician, the heat between them intensifies, further complicating the chances of succeeding in the assignment.