Jessie Keane is a British author of mystery, thriller and crime novels.

Born of gypsy heritage, Keane was the youngest and the only girl among the eight siblings.

Her books have been greatly inspired by her own real life experiences. For instance, Ruthless (2013) was inspired by a lovely stripper alias Joanna, who Keane crossed paths with at a London club. 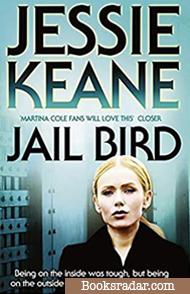 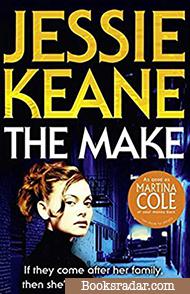 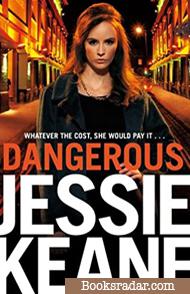 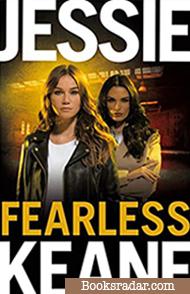 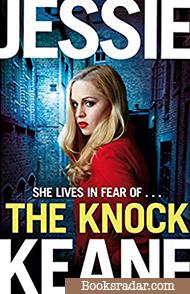 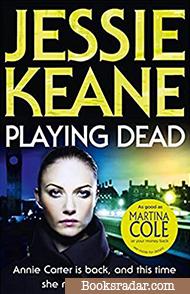 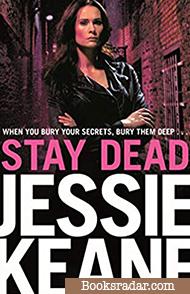 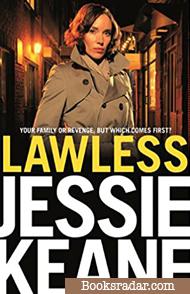 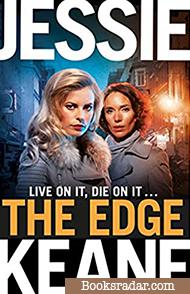 Stunning blonde Lily King is back in the picture.

Her absence however wasn’t missed by her family.

Leo King, her husband and notorious London villain, for sure hasn’t missed her.

How could he, when he is dead?

Lily took away his life and served her sentence for the crime, at least according to the rumors.

She however knows that she didn’t do it.

Someone else did, and framed her for the crime.

Now thirty and fresh out of jail, vengeance is the only thing on Lily's mind.

There is no stopping her from being at the helm of the King family once again.

Gracie Doyle leads a comfortable life in Manchester where she manages her casino.

Her entire world however turns on its head after an unexpected visit from the police.

Her two alienated brothers have been ruthlessly ambushed.

George is fighting for his life in the hospital, while Harry has disappeared without a trace.

Determined to put things in order, Gracie leaves her decent life behind and moves to London’s East End.

Her quest for vengeance however leads to the unmasking of deadly secrets about her brothers’ lifestyles; something that has gotten them on the wrong side of some sinister figures.

Will Gracie find Harry before it’s too late?

Clara Dolan’s life turns on its head after the demise of her mother.

Determined to unite and protect what is left of her family, the fifteen-year-old swears to look after her younger siblings, Bernadette and Henry.

So long as they are together, nothing could ever come between them.

The dawn of the swinging Sixties however comes with its fair share of challenges.

And soon enough, Clara ends up in London’s shadowy underworld where the allure of Soho’s blinding nightclubs is the complete opposite of the frightening gangland brutality that threatens everything that she has strived to build.

Success will come at a huge cost.

Josh Flynn is unmatched when it comes to bare-knuckle gypsy fighting.

Claire Milo gave her heart to Josh from the moment they met.

The only problem was that she didn’t like the fact that Josh earned his bread and butter in the boxing ring, fearing the worst for him.

Shauna Everett wanted something that could never be hers.

Obsessed by Josh Flynn, no one could ever stop her from getting him, more so Claire Milo.

She won’t hesitate playing dirty just so she can get him.

After all, she has nothing to lose.

Dora O’Brien had a decent life, until she mixed with the wrong crowd.

Impregnated by her gangster boyfriend, she ends up on the streets and in the hands of an unscrupulous law enforcer named Donny Maguire.

But when her daughter Angel is born, Dora, who is a drug addict, is passed over to Donny’s friends.

Although raised in an abusive manner, Angel becomes the complete opposite of her mother.

However, when things turn deadly, Angel is left with no option but to grow up fast.

Survival is the only important thing.

Lawlessness is the only way of surviving for some.

Raised in London’s East End, Charlie Stone and Terry Barton have been brothers for the longest time.

Although at the bottom of the underworld pyramid, things change for them when Charlie gains control of the manor from the regional mob.

Although the two friends find themselves living the dream life when they both marry and have children, things take a turn for the worse when Harlan, Charlie’s adopted son, becomes the center of controversy.

Harlan not only wants to be at the helm, but he desires Terry’s daughter, Belle Barton.

When matters escalate, it will be up to Belle to defeat the unstoppable Harlan Stone.

The Carters and the Delaneys reign supreme over the streets.

Streetwalking and violent robberies are rampant.

Outshone by her flawless sister Ruthie for the longest time, Annie Bailey finds herself in an awkward position.

Ruthie has the one thing that Annie has always yearned for—local villain Max Carter.

Whether she did it for intimacy or passion, Annie ends up with her man, albeit at the expense of her family.

With nowhere else to go, she turns to her willful Aunt Celia who manages a brothel in the East End.

Getting entwined with the wrong crowd can however be a woman’s undoing.

If there is one thing that Annie is certain of, it’s that nothing lasts forever.

She has after all served as a Madam, a mistress and a Gangster’s companion.

Previously Annie Bailey, she is now Annie Carter, who wants to reign over the East End.

Residing in Majorca, she is with Max Carter, with whom she has a lovely daughter named Layla.

Everything however changes in an instance.

Upon regaining consciousness, Annie discovers that Max and Layla are missing.

There’s a ransom. If not met, her daughter will be murdered.

Someone has just stirred up a hornet's nest.

Annie Carter is out for blood…

Annie Carter is the ultimate warrior.

She has persevered in an environment where everyone thought a woman would crumble.

She faced off with the ruthless men of gangland London and emerged victorious.

Nonetheless, none of it could ever compare to the challenge that lies ahead.

The lifeless remains of sex workers are being discovered all over.

So when Annie’s old friend becomes a victim, she embarks on a vengeance driven mission.

The intrigue intensifies when one of her friends is wrongfully accused of the killings.

Will Annie find the real killer before it’s too late?

Once known as Annie Bailey then Annie Carter, now she goes by the name Annie Carter Barolli.

Disaster however strikes, leaving Annie, Gina--Constantine’s sister--and his three children as the only survivors.

Even more troubling is that a huge shift in the mafia power is underway.

Moving back to London with her dearest Layla, Annie is followed by a hired killer.

Somebody wants to eliminate her, and she must unmask the person sanctioning for the kill.

Meanwhile, Max Carter could be alive.

Has he been playing dead all along?

Annie Carter should have insisted on seeing the lifeless remains of the Delaney twins, but she didn’t.

She thought that they were gone forever, but she was wrong.

As matters escalate, Annie Carter makes the shocking discovery: the Delaney twins, her archrivals, never died many years ago.

The Delaneys are not only back, but they won’t rest until they destroy Annie and her dear ones.

But this isn’t the first time that someone has threatened the safety of Annie and her family.

She however wants to ensure that it will be the last.

For those who threaten Annie Carter dig their own graves...

Reunited with Max, she is now living her dream life in Barbados.

Everything however changes in a heartbeat after she learns of the demise of her old friend Dolly Farrell.

Returning to London, Annie is on a determined quest to find the killer and make them pay.

Annie has too many secrets for her own good.

Although she has gotten on the wrong side of a number of people throughout the years, this time round, her foe is far closer to home than she thinks.

Ruby Darke, of mixed race, is seemingly born into a family that detests her.

She is forced to work in their family shop as her two brothers engage in gangland crime.

Growing into a stunning young woman, she meets aristocrat Cornelius Bray, who will forever change her life.

Pregnant with twins, Ruby is forced to give away the fruits of her womb, something that prompts her to never trust a man again.

Although many years go by, Ruby still thinks about her children.

She won’t rest until she gets them back.

The only problem is that her past may return to haunt her.

Ruby Darke is still reeling from the vicious killing of Michael Ward—the man with the keys to her heart.

But that’s not the only thing troubling her.

Daisy and Kit, Ruby’s children, have their fair share of troubles, while her retail empire is beginning to fall apart.

Kit murdered Tito Danieri out of vengeance. But could he have killed the wrong person?

The Danieris, who are incensed, won’t rest until the Darkes are wiped off the face of the earth.

Will the Darkes settle their own family disputes and unmask whoever killed Michael Ward before the Danieris strike?

It has always been a matter of when, rather than if, Ruby Darke will reach the helm.

Having started from nothing, she rose to become the supreme head of London’s retail.

In her world, only the lawless survive.

Surrounded by her dearest children Kit and Daisy, Ruby wants to make a fresh start.

But unbeknownst to them all is that their enemies are closing in.

Threatening Ruby Darke is equivalent to digging one’s own grave.

But in this case, Ruby Darke could very well have met her own match.