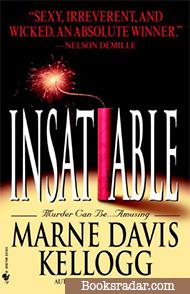 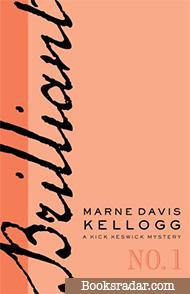 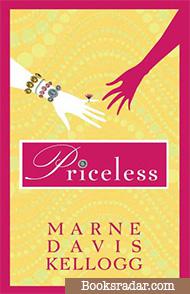 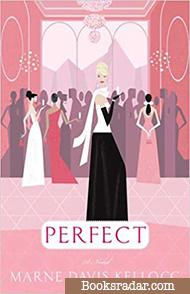 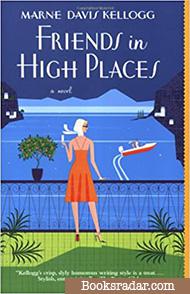 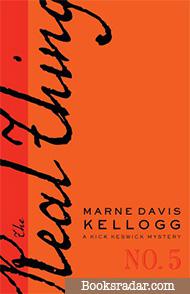 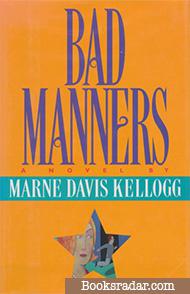 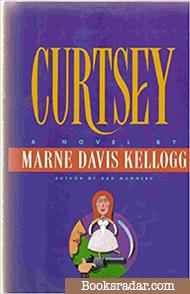 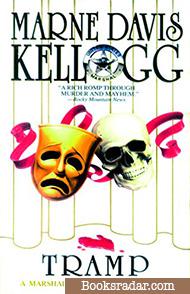 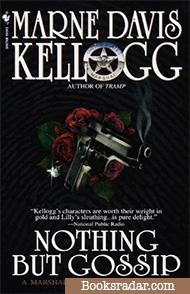 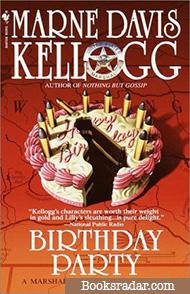 For the past ten years, Nigel Weatherby-Smythe has gone out of his way to be the perfect butler ... loyal, trustworthy, and discreet. But his adored employer — the internationally famed portrait painter Jacqueline di Fidelio — suddenly finds herself in hot water with the IRS, the FBI, and two dangerous, attractive men. And Nigel discovers his duties expanding in a most unexpected way....

As Madam jets from one glamorous playground to the next, Nigel turns spy and protector to fend off those who would do Jacqueline wrong. For in Nigel’s opinion, his irresistibly alluring employer’s torturous past has rendered her as unstable as a house of cards.

Yet when one of Jacqueline’s simpering socialite clients is murdered — and then another mysterious death follows while Jacqueline is on the scene — Nigel begins to wonder if he has it all wrong. Is the woman to whom he has dedicated his life simply an innocent victim of careless, callous men? Or is she a heartless manipulator whose mask of black Prada and pearls hides the tortured secrets of a ruthless killer?

Meet Kick Keswick, an elegant and self-possessed American who has been at London's venerable Ballantine & Company Auctioneers for over thirty years. She is an expert on paintings, furniture, and objets d'art, and so far has lived a perfectly happy life with things on her mind other than love.

In fact, Kick rarely lets anyone into her private world. She prefers it that way. Kick doesn't need a man in her life, messing things up. But when American industrialist, scoundrel, and womanizer Owen Brace grabs the faltering Ballantine & Company in a corporate takeover, he turns Kick's world upside down, opening her eyes to large-scale love, romance, and sensuous pleasure.

But something tells Kick that Brace's motives are anything but sincere. And when he gets near enough to threaten Kick's closely guarded life, Brace learns the dangers of underestimating this woman.

Kick Keswick, one of the most charming, enchanting, and best-dressed heroines of fiction, discovers that a life of crime can be impossible to leave behind . . .

Kick Keswick has lived an extraordinary life. For twenty-five years she was the power behind the throne at a venerable London auction house and a master jewel thief. (Stealing only from those who deserved it, of course.)

That changed when she fell in love with Commander Thomas Curtis of Scotland Yard and retired to Provence to live respectably, surrounded by beautiful food, wine and picnics in lavender-filled fields. But now, someone is stealing irreplaceable jewels from Paris to Portofino - and using Kick's signature techniques.

To make matters worse, Thomas has disappeared with her secret cache of precious stones. It looks like someone is trying to lure Kick out of retirement, and perhaps Thomas is involved.

Despite her best intentions, Kick Keswick—international jewel thief, fabulous dresser, gourmet cook, and woman-about-town—finds herself drawn into the glamorous, dangerous world of jewels (and the people who covet them) . . .

It should have been the start of a perfect sojourn in Provence. Kick Keswick had just settled down to warm chocolate soufflé with a decadent Grand Marnier sauce and a small glass of Armanac when she received startling news: The personal jewels of the Queen of England herself have gone missing. And she wants Kick to get them back.

Most of the world knows Kick as an expert in jewels and antiquities, having been the right hand at Ballantine & Company Auctioneers in London, but others know Kick as the world's finest jewel thief, a woman who can stand out in a crowd at will, but who can also blend in when she wants to.

Kick desires nothing more now than a quiet life, but Her Majesty requests her expertise (and Kick's vanity is more than tickled). So the chase is on, in a race that takes her from Provence to Paris, London, St. Moritz, and Milan - and puts all her wiles and talents to the test as she faces a thief whose skills match her own. And with Kick Keswick on the case, there will be trouble afoot - of the multifaceted kind.

Kick Keswick, once a jewel thief living an exciting double life, has now retired in simple luxury to the south of France. But when an old enemy resurfaces— threatening to expose countless fake jewels she'd carefully substituted over years of secret theft—Kick is ready to act.

Back in London, Kick finds herself with more employment than she bargained on at a company whose status is much more precarious than she'd thought. Her enemy, in disguise, circles ever closer. And a young nun comes to Kick with a mysterious jewel-encrusted figurine and a story of greed and murder.

To balance on this high wire, Kick must sneak into a high-society wedding in the Italian Alps, break into an ancient castle owned by a very modern murderer, and do it all with her customary panache, style, and grace. Can she keep one step ahead of the most seductively ruthless foe she's ever encountered?

Kick is retired and settled into her comfortable Provencal life on her farm, La Petite Pomme. But when one of Paris’s most exclusive jewelry stores is robbed for several million dollars worth of jewels and two security guards are killed in the heist, Kick’s husband, Sir Thomas Curtis, head of the International Security Task Force, asks her to help.

Kick soon finds herself on a high-speed train ride to the Côte d’Azur tracking the ringleader of one of Europe’s most dangerous gangs.

When the affair she was having with a California politician threatens to hit the papers, Lilly goes back home to her family's Wyoming ranch to start up an international security consulting business. Her first case turns up quickly when the head of a neighboring ranching dynasty is murdered at his own society birthday bash.

The grand old town of Roundup is going to hell in a handbasket, according to Lilly Bennett's mother, because two ladies intend to wear trousers to the symphony gala. No matter, the holiday season is in high gear, and Lilly thinks the glitzy Children's Hospital Christmas fund-raiser is going to be a ball.

Instead, it becomes a funeral. Dead is Baroness Rita von Singen und Mengen. Overdressed and grossly overweight, the baroness used to be plain old Rita Haye, as in Haye Tool and Bit, before her daddy bought her a German aristocrat husband named Heinrich. Rita and her husband have hosted the social event of the season, and except for Rita's gold boots and gold Stetson, there's nothing faux about the party.

It was a jammed-to-the-rafters good time ... until the butler found the corpse. Now Lilly is determined to discover who put the bullet in Rita's pudgy forehead. Heading her list should be handsome husband Heinrich, who had both the most to gain (a large fortune) and the most to lose (a truly frightful wife). But then why would he hire Lilly to find the murderer? Lilly's suspicious mind turns to the women who are practically killing themselves, and maybe each other, to become Heinrich's next bride.

When another lady bites the dust during what passes for a debutante ball, logic tells Lilly she's on the right track. But her gut instincts point to a more lonesome trail: toward a killer - and a showdown - that could leave her dead in her boots.

If Susan Isaacs had lived in the American West as an American WASP, she would have created Lilly Bennett.

By turns sassy and tough, tender and vulnerable, Lilly, a no-longer-so-young Wyoming belle with degrees in criminology and toxicology, is a private investigator and the marshal of Bennett's Fort, a town owned literally lock, stock, and barrel by her cousin. Shod by Chanel, clad in designer suits, and wearing ladylike white gloves, Lilly is an unlikely but highly efficient detective--as she proves when confronted with solving the murder by poisoning of Cyrus Vaile, the incredibly rich, disgustingly lecherous old patron of the local repertory theater.

It happens on the night of his birthday celebration, in full view of Lilly and most of his repertory "family," any one of whom might have a pretty good motive for wanting Cyrus dead. And with so much flamboyant emotion obscuring the facts like a theatrical fog, it isn't easy for Lilly to cut through the glycerin tears and get at the unvarnished truth.

In her cashmere sweater, suede pumps, and pearls, Lilly Bennett hardly looks like a hard-boiled private detective. But Lilly, a federal marshal and part-time P.I., has a sharp eye for shady doings among the Wyoming moneyed circles in which she moves. And her Glock .26 makes the perfect accessory with any outfit....

Even Lilly admits that the week of her wedding is not the ideal time to take on a case, but this one's a little personal. During a round of prenuptial parties, a gunshot cuts down the hostess at her own soiree--just minutes after Lilly left her side. Lilly is determined to catch a killer and make it to the church on time. The only question is whether she'll be sporting a wedding veil...or a satin-lined casket.

Lilly Bennett would no more think of going out without her Glock .26 than without her pearls. A hard-boiled P.I. with a touch of class and a federal marshal's badge, Lilly knows the darkest secrets of Wyoming's most glittering citizens....

Clay Parker's exit from this world was less than dignified: The former cowboy movie star was shot to bits over dessert at a deadly dull charity dinner. His Las Vegas funeral was no more dignified but a whole lot more entertaining, with a two-dozen-showgirl salute and an appearance by Wayne Newton.

Parker was the spokesman for an unpopular family-owned land company that's carving chunks out of Wyoming's wide-open spaces. And he's only the first to die, plunging Lilly into a case as messy and full of homicidal loathing as only a family can be...