Ken Kesey was an american author who was a figure of the countercultural revolution and the hippie movement of the 1960s.

Born in La Junta, Colorado, he attended the University of Oregon and Stanford University, but dropped out from the latter and joined the counterculture movement.

He became a paid volunteer, taking mind-altering drugs and reporting their outcomes, at a Veterans Administration hospital in Menlo Park, California.

The experience and his role as an aide at the hospital became the inspiration behind his debut novel, One Flew Over the Cuckoo’s Nest (1962). The book was later adapted into film, winning five Academy Awards.

In 1965, Kesey fled to Mexico after being arrested for possessing marijuana. After unconvincingly faking his own death, he returned to the US and was jailed for five months at the San Mateo County Jail.

Following the series of troubling events, he then bought a farm in Pleasant Hill, Oregon, where he lived with his wife and raised their four children.

Kesey taught a graduate writing seminar at the University of Oregon.

He died in 2001, at the age of 66, due to complications after surgery for liver cancer. 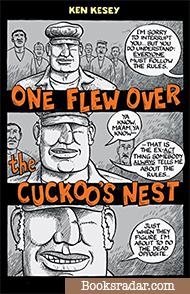 One Flew over the Cuckoo's Nest 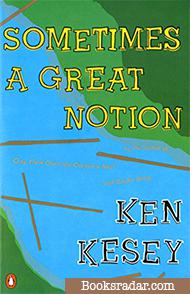 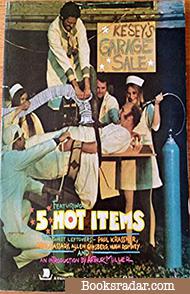 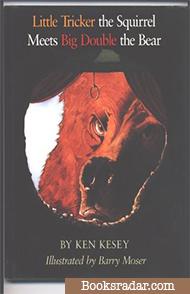 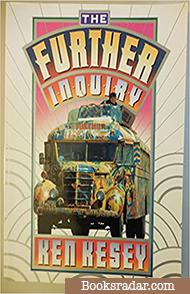 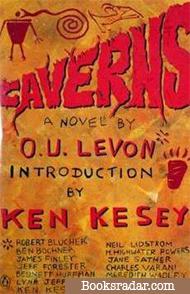 Caverns: A Novel by O.U. Levon 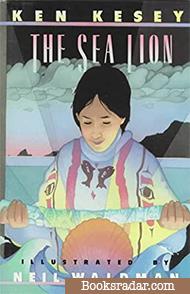 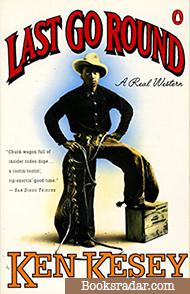 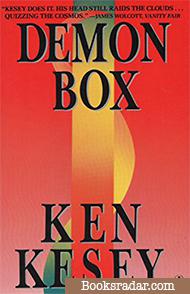 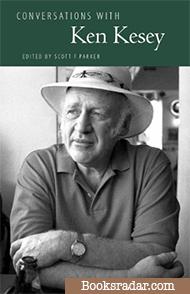 One Flew over the Cuckoo's Nest

Buy now
Like
One Flew over the Cuckoo's Nest

Boisterous, ribald, and ultimately shattering, Ken Kesey’s 1962 novel has left an indelible mark on the literature of our time.

Now in a new deluxe edition with a foreword by Chuck Palahniuk and cover by Joe Sacco, here is the unforgettable story of a mental ward and its inhabitants, especially the tyrannical Big Nurse Ratched and Randle Patrick McMurphy, the brawling, fun-loving new inmate who resolves to oppose her.

We see the struggle through the eyes of Chief Bromden, the seemingly mute half-Indian patient who witnesses and understands McMurphy’s heroic attempt to do battle with the powers that keep them all imprisoned.

A bitter strike is raging in a small lumber town along the Oregon coast. Bucking that strike out of sheer cussedness are the Stampers: Henry, the fiercely vital and overpowering patriarch; Hank, the son who has spent his life trying to live up to his father; and Viv, who fell in love with Hank's exuberant machismo but now finds it wearing thin. And then there is Leland, Henry's bookish younger son, who returns to his family on a mission of vengeance - and finds himself fulfilling it in ways he never imagined. Out of the Stamper family's rivalries and betrayals, Ken Kesey crafted a novel with the mythic impact of Greek tragedy.

Kesey's Garage Sale is a collection of essays written by Ken Kesey. The book features the play "Over the Border" which is based on the time Kesey spent hiding in Mexico from drug charges in the United States. It is illustrated by the cartoonist and Merry Prankster Paul Foster.

The author of One Flew Over the Cuckoo's Nest and an American Book Award-winning artist relate Tricker's battle to outsmart Big Double, who descends from the mountains one morning to terrorize the creatures of Topple's Bottom.

Buy now
Like
Caverns: A Novel by O.U. Levon

After serving six years in San Quentin, Charles Loach joined by his brother and two mystical sisters leads his troupe on a journey to revisit a cavern that Loach claims will change the archeological history of North America.

NB: A novel in collaborative effort with Ken Kesey.

Although taunted for his small size and bad leg, Eemook proves his worth by saving his tribe from an evil and powerful spirit that comes visiting one stormy night.

This epic tale of the north is a vibrant moral fable for our time. Set in the near future in the fishing village of Kuinak, Alaska, a remnant outpost of the American frontier not yet completely overcome by environmental havoc and mad-dog development, Sailor Song is a wild, rollicking novel, a dark and cosmic romp.

The town and its denizens—colorful refugees from the Lower Forty-Eight and DEAPs (Descendants of Early Aboriginal Peoples)—are seduced and besieged by a Hollywood crew, come to film the classic children's book The Sea Lion.

The ensuing turf war escalates into a struggle for the soul of the town as the novel spins and swirls toward a harrowing climax. Writing with a spectacular range of language and style, Kesey has given us a unique and powerful novel about America.

It was around a sagebrush campfire in eastern Oregon that Kesey first heard the tale from his father - about the legendary "last go round" that took place at the original Pendleton Round Up in 1911.

Hundreds of riders were competing for the first World Championship Broncbusting title, but it was one special trio of buckeroos that provided the drama: a popular black cowboy, George Fletcher; a Nez Perce Indian cowboy, Jackson Sundown; and a fresh-faced kid from Tennessee name of Johnathan E. Lee Spain. Who would walk away with the prize money and the silver-studded saddle? When the dust cleared, everyone knew they'd witnessed something extraordinary.

Kesey has journeyed back into Oregon history to reclaim this long-remembered moment, beefed up the bare bones of fact, and whipped them into a full-blown rip-snorting Tale of the True West. Sixteen pages of rare Round Up photographs provide graphic testimony of the time. The tiny town of Pendleton is swollen to bursting that memorable weekend and bristling with colorful characters like Buffalo Bill Cody, wrestler Frank "The Cruel Crusher" Gotch, cowgirl Prairie Rose Henderson, and a formidable medicine man named Parson Montanic.

From the teepees along the river to the teeming saloons on Main Street, Round Up fever blazes like a prairie fire. This story of love, sweat, and horseflesh is a unique Western, wild and wooly and full of fleas. Let 'er buck!

In this collection of short stories, Ken Kesey challenges public and private demons with a wrestler's brave and deceptive embrace, making it clear that the energy of madness must live on.

The 'Sound City Acid Test', originally made in 1965 as The Pranksters' venture into 'the world of The Beatles' is released for the first time on CD. Seventy-four minutes of readings, poetry, music and mayhem from the archives of Ken Kesey and Ken Babbs. Acid Test, Volume 1 documents their attempt to enact an acid test within the recording studio environment.

After its release as a 1000-copy limited-edition LP, it was repeatedly bootlegged. This CD also features 'Vietnam Day 1966', a previously unreleased musical reconstruction (recorded in 1967) of the Pranksters' famous meeting with the Hell's Angels which subsequently launched the career of visiting Prankster, Hunter S Thompson.

Ken Kesey (1935–2001) is the author of several works of well-known fiction and other hard-to-classify material. His debut novel, One Flew Over the Cuckoo's Nest, was a critical and commercial sensation that was followed soon after by his most substantial and ambitious book, Sometimes a Great Notion.

His other books, including Demon Box, Sailor Song, and two children's books, appeared amidst a life of astounding influence. He is maybe best known for his role as the charismatic and proto-hippie leader of the West Coast LSD movement that sparked “The Sixties,” as iconically recounted in Tom Wolfe's The Electric Kool-Aid Acid Test.

In the introduction to “An Impolite Interview with Ken Kesey,” Paul Krassner writes, “For a man who says he doesn't like to do interviews, Kesey certainly does a lot of them.” What's most surprising about this statement is not the incongruity between disliking and doing interviews but the idea that Kesey could possibly have been less than enthusiastic about being the center of attention.

After his two great triumphs, writing played a lesser role in Kesey's life, but in thoughtful interviews he sometimes regrets the books that were sacrificed for the sake of his other pursuits. Interviews trace his arc through success, fame, prison, farming, and tragedy―the death of his son in a car accident profoundly altered his life.

These conversations make clear Kesey's central place in American culture and offer his enduring lesson that the freedom exists to create lives as wildly as can be imagined.