Jessica Khoury is an American author of fantasy and young adult novels.

Ever since she began writing at the tender age of four, one that involved scribbling a fan fic sequel to Syd Hoff's Danny and the Dinosaur on a notebook before stapling it together, Jessica hasn’t looked back since.

Now whenever she isn’t writing, Jess can be found playing video games, spending time with her family and creating oil and watercolor painting.

Rise Of The Dragons 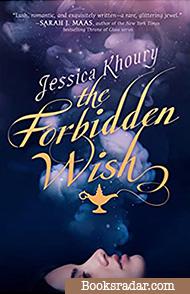 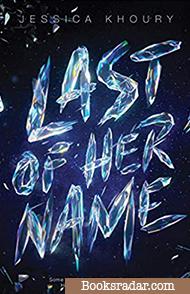 Last of Her Name
Mystwick School of Musicraft 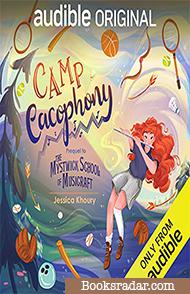 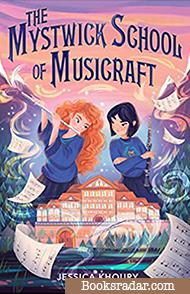 The Mystwick School of Musicraft 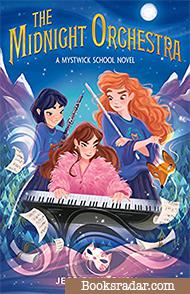 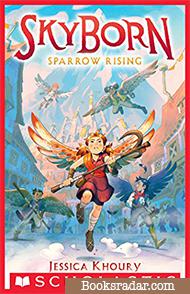 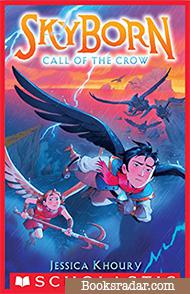 Call of the Crow 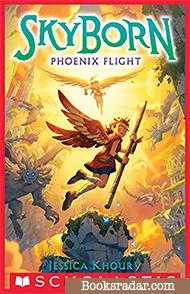 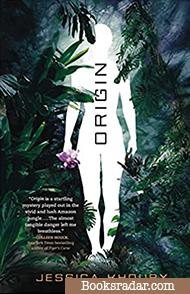 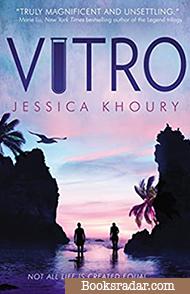 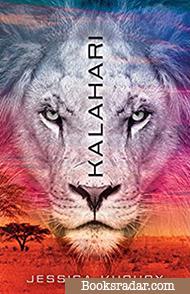 Kalahari
Rise Of The Dragons 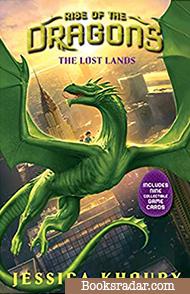 Zahra finds herself back into a world that she hasn't seen in centuries after Aladdin comes across her jinni lamp.

But given that magic is prohibited and Zahra's mere presence is outlawed, the only way for her to stay alive is to masquerade until her new master has makes his three wishes.

When the King of the Jinn however presents Zahra with an opportunity to be free of her lamp forever, she takes the chance without thinking twice—only to find out that Aladdin is stealing her heart.

When saving oneself however amounts to treachery, Zahra must decide whether getting her freedom is worth shattering her heart.

Last of Her Name

Violence rocked the Belt of Jewels galaxy sixteen years ago in an act of rebellion that saw the killing of the entire Leonov royal family—not even sparing the youngest Princess Anya. And with that, Union government seized power.

Stacia spends her days playing with her friends, Clio and Pol, on her father's vineyard.

Everything however changes when a Union ship suddenly appears through the sky.

Even more shocking is that the Direktor Eminent, the leader of the Union, claims that Stacia's tiny village is flocked with empire loyalists; further claiming that Stacia is indeed Princess Anya Leonova.

As the place plunges into chaos, Pol helps Stacia escape while Clio is captured by the Union.

Stacia will however do everything it takes to rescue Clio.

It’s two months before Amelia’s big audition for the Mystwick School of Musicraft. If she gets in, she will learn to spin music into powerful magic - but her Gran has one last-ditch plan to persuade her out of it: sports camp.

A week of softball, sprinting, and sweaty socks isn't exactly Amelia’s idea of a good time - in fact, she's deeply, appallingly unathletic. By the end of day one, she’s puked her guts out in track, gotten a black eye in no-contact flag football, and firmly established herself as the Least Valuable Player at camp.

As head counselor, Coach Shawn is determined to make an athlete of Amelia, despite her complete inability to land a single basket in basketball and her high effectiveness at scoring in the wrong net in soccer. And all Amelia wants is some time to herself, so she can practice her flute for the Mystwick auditions.

But everyone’s plans are quickly derailed by a series of disasters that strike camp, putting everyone in mortal danger. It's clear that strange magic is at work, and as the only musician around, Amelia suddenly goes from benchwarmer to MVP. But can she discover the source of the malevolent magic - and how to stop it - before the deadly spell reaches its crescendo?

The Mystwick School of Musicraft

The one thing that Amelia Jones wishes she would do is attend the Mystwick School of Musicraft, a place where some of the most promising musicians in the world learn to create magic.

When her audition however goes terribly wrong, Amelia fears that her dream has come to a devastating end, until the school surprisingly hands her a trial period.

Her desperation to prove herself however makes her pretend to be someone she’s not.

With a mysterious storm brewing, one that not even the maestros at Mystwick can handle, will Amelia find the strength to be her real self and rescue her precious school from destruction?

Amelia must master the magic of Composing to help her school win a magic competition—and save her friends from a mysterious evil.

Things are finally looking up for Amelia Jones: she's officially a Mystwick student, and she even has a teacher to help her learn how to use her rare Composing magic. When Mystwick enters an international magic competition, it’s Amelia's chance to Compose something that will help them win the day.

The only problem is that she still doesn’t understand how her powers work. But then she hears about a super exclusive Midnight Orchestra—half performance, half magical black market—and Amelia is sure that’s where she’ll find the answer to her Composing problem.

But the Midnight Orchestra is far more sinister than it initially appears and if Amelia can’t unlock her Composing powers, not only will Mystwick lose the musicraft competition, she won’t be able to rescue her friends from the danger unleashed in this thrilling adventure.

In the Clandoms, everyone is born with wings, with tight-knit communities formed around bird types: Jay, Falcon, Crow.

Ellie Meadows dreams of growing up to join the Goldwings -- the famed knights who defend all the people of the Clandoms. It was a Goldwing, after all, who saved her life on that terrible day her parents were killed. There’s just one problem: Ellie is a Sparrow, and the Goldwings are almost invariably picked from the higher clans like Eagles and Ospreys. This rigid hierarchy means that Ellie is destined to become a farmer.

Determined to honor her parents' memories and prove herself worthy of the Goldwings, Ellie sets out on her own for the capital. But her journey will be dangerous. Foul creatures called gargols lurk behind every cloud, ready to slay anyone unlucky enough to be caught outside in a storm -- just as Ellie's family was.

Soon her path intertwines with a colorful band of fellow outcasts, each with their own aspirations... and their own secrets. Ellie's new friends offer not just roadside companionship. They'll challenge her ideas of right, wrong, and what truly makes a hero.

Call of the Crow

In the Clandoms, everyone is born with wings, though not all the clans are treated equally. Ellie Meadows longed to become a Goldwing—the knights who protect the people—but because she came from the humble Sparrow Clan, her dream faced almost insurmountable resistance.

Nox Hatcher has it even worse. Nox is a Crow, a shattered clan. They can't own businesses or run organizations, all due to mysterious betrayal made hundreds of years ago. Nox has had to steal and scrape just to survive, but a single goal has kept him going, even when it felt like all the Clandoms were against him. Years ago, his mother was imprisoned for a crime she didn't commit. Now, finally, Nox is going to save her.

But there’s more to Nox’s story than even he realizes, a secret that’s been kept buried for centuries. And the king of the Clandoms himself is so desperate to conceal it that he’s sent a ruthless assassin after Nox and his friends.

The four young fugitives must watch every shadow. If they aren’t careful, they’ll be cut down before they can rescue anyone.

In the Clandoms, every person is born with wings, along with the ability to fly. But there has always been one deadly restriction to this gift -- a rule that must never be broken. Flying in cloudy skies summons gargols, vicious stone monsters that will tear any poor trespassers apart.

History doesn't tell where the gargols came from, or why they're so intent on punishing those who soar too high. But now Ellie Meadows thinks she knows why. An aspiring knight turned wanted fugitive, Ellie has seen the truth with her own eyes. The Clandoms' history has been taken from them, along with their ancestral homes.

Only one person can return the Clandoms back where they belong. Nox Hatcher is the key to the skies, if only Ellie can get him to believe it.

Pia’s fate has always been sealed. Genetically modified for immortality and brought up by a team of scientists in a hidden compound at the heart of the Amazon rainforest, her destiny is to start a new race which will bring an end to death.

Her wish has always been to fulfill their expectations, until the day she discovers a hole in the impassable fence surrounding her home.

Free in the jungle for the first time, Pia crosses paths with Eio, a boy from a neighboring village. Charmed by him, she continuously sneaks out to meet him and the two fall in love.

Their lives are however changed forever when they attempt to solve the mystery behind Pia’s origin.

Corpus scientists have given life to test tube embryos somewhere on a faraway island in the Pacific.

The Vitros, as the beings are known, possess knowledge and abilities beyond human comprehension.

The only problem is that they have one huge defect.

Determined to get to Skin Island and find her scientist mother who abandoned her years ago, Sophie Crue seeks the help of attractive charter pilot Jim Julien to take her there.

But upon arriving on the island, the two discover more than they had anticipated.

As they take part in the biggest race of their lives, Sophie and Jim will witness exactly what happens when science goes too far.

Five teenagers find themselves trapped in the Kalahari Desert without a guide after an educational safari goes terribly wrong.

Determined to lead everyone to safety, Sarah—the daughter of zoologists—takes charge of the group.

But as their chances of survival grow increasingly slimmer, things get worse when the group is ambushed by a lion so silver, as though made of mercury.

Having barely escaped the attack, the group makes a shocking discovery that explains the lion’s silver luster.

A lethal and contagious virus has been released, one that threatens to destroy life completely.

Rise Of The Dragons

Sirin, Allie, and Joss have united with the legendary silver dragon Lysander, the only creature that has what it takes to open portals between the two worlds.

The powerful Lennix clan has however been monitoring their every move, determined to capture Lysander.

After several generations of scheming, the Lennixes—with the help of the Raptors—are closer than ever to setting up a vicious dragon regime on Earth, much like they did centuries ago.

Allie, Joss and Sirin’s now have to protect Lysander whilst also hunting for a secret source of lost dragon magic—the only force capable of defeating the Raptor.