The author of the Manny Shepherd P.I. Series and the Carrie Romanelli Mysteries, Judy also writes fiction and memoirs as J.D. Knauer, or Judy Douglas Knauer.

A former Central Illinois journalist, Judy has always had a high affinity for controversial news. She once hiked with a transformed devil worshiper to a secret sacrificial ground; interviewed a convict while sitting on his cell bunk; and had her job threatened by among others, a City Police Chief.

A decorated journalist with over 14 awards, eight of which are from the Illinois Press Association, Judy continues to apply controversy and justice in her present role as a fiction and memoir writer.

She has taken part in several writer conferences/workshops nationwide, a few of them as a panelist and/or moderator, from Omaha, to Chicago, Indianapolis, New York, and New Orleans, just to name a few. 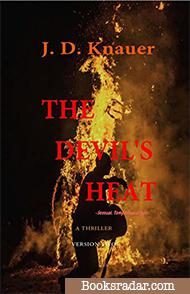 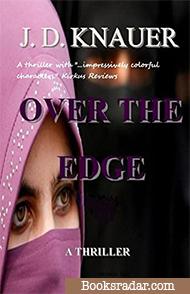 Over the Edge
Carrie Romanelli Mystery 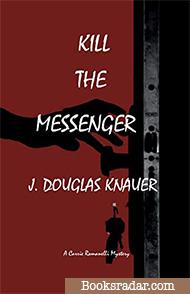 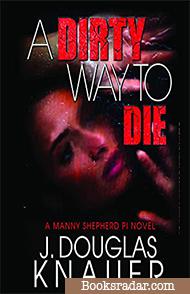 A Dirty Way to Die 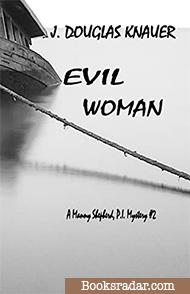 Renowned racecar driver Josh Taggart needs a win at this charity race near his Illinois hometown, hoping to turn around the bad luck he had at Daytona. That he destroyed a raw cocaine shipment hidden in his car's radiator brings ruin to his life when he ignores threats that he compensates drug and pornography lords their half-million-dollar investment.

Peoria City Police Officer Skip Montez and temporary partner County Sheriff's Detective Nick Rasso are undercover at the track where their missing teen investigation crosses paths with a drug deal gone bad and a kid with his gut slashed open.

Taggart connects the dots to why the kid was cut, but he has a race to run and no time to confer with Office Montez at the ambulance where the kid is bleeding out. He knows revenge found him as his steering wheel comes apart running too high and fast into a muddy corner.

In the hospital, Taggart receives a note threatening his mother's kidnapping if he doesn't pay for the lost cocaine. Monies to cover the shipment were "borrowed" from St. Mary's Cathedral coffers by the drug lords' childhood priest and must be put back before the head priest returns from Rome.

Taggart ensures his mother's safety, then relaxes his guard under the spell of Ashley James, a family friend, as they both know it's wrong but are uncontrollably attracted to one another. Ashley is mistakenly kidnapped under his nose, igniting a race through hell for them both.

The drug lord's daughter, Crystal Galena, is a mature woman addicted to steamy lust and mind-bending drugs. She has no qualms dispensing revenge and even murder, especially to that James woman who was screwing husband Dr. Tom Galena...until his clinic was threatened.

Buy now
1
Over the Edge

Iran's tyranny grips two escaped refugees: one who saves lives and one a cold-blooded killer, with the destiny of both in one woman's hands.

Dr. David Badalian, a Christian anesthesiologist left Iran owing them for military service, so looking over his shoulder isn't new. His lifelong focus is America. Elated, he flies from Frankfort, Germany to Chicago where Rush Presbyterian Hospital has invited him to train. Dr. Ava Sevani, a pediatric primary care/surgeon on the Heidelberg University medical campus and Badalian's pregnant fiancée plans to join him once he is settled.

Ava refused to embroil Badalian in her estranged father's ridiculous warning that because of a misdealing with a powerful international political group, he is hiding in Canada and has inadvertently put a target on her back. Badalian arrives at O'Hare where he is kidnapped by a man he helped bury years ago in Iran. Elias Hekmat threatens Badalian with export back to Iran and death to his relatives if he refuses orders.

Dirk Brown, the powerful pipeline magnate, has a sinister side. He is the treacherous rogue mercenary, Nail, whose goal is Iran's destruction as payback for his mother's stoning death and his simultaneous debilitating spinal injury when he refused to help kill her.

Nail/Brown guts his own pipeline from Canada through southern Illinois with the help of a desperate angry explosives expert bent on killing his ex-wife, and a genius electrical engineer with a fetish for women's secondhand pantyhose. Using "smartpigs" labeled Iran, Brown's plan is for implosion of the world economy and consequential actions by the U.S. and U.N. to obliterate his homeland.

Ava is chased by killers across Germany and Canada, where she confronts her father only to join him as Brown's prisoner.

Nail's/Brown's vulnerability is extreme pain that insults his integrity. He insists the principled Badalian, whose movements his men control, use his spinal injection expertise to relieve the intense pain so that he can face TV cameras with tenacity as he encourages catastrophic revenge on Iran. He plans to kill Badalian and win back his former lover, Ava Sevani.

She is sure her ex-lover, Dr. Greg Ryan, pursues revenge and placed a pipe bomb at her apartment leaving her roommate critically injured.

To protect her teenage daughter and save her own career, Carrie seeks seclusion at her Wisconsin island cabin to finish the feature, where she finds it hard to shake memories of Ryan's lustful lovemaking.

Safely isolated at the height of a blizzard, she awaits a secret tape from a cagey informant. But her plans are shattered by both a dangerous intruder, and a killer who leaves a bloody trail to her door.

A Dirty Way to Die

You think you've got problems?

Doc Goold calls it cognizant premonition triggered by causal hypersensitivity, but Manny Shepherd and his Vietnam vet buddy Steve Mallinotti call it Shepherd's Luck, that special knack to sense bad shit lurks around the corner. Manny felt the slump in his gut minutes before he witnesses Steve's girlfriend Rita Hayward get slammed in the mud to her death by a gal dubbing herself Screaming Eagle.

Mired in shock, guilt and a drunken haze, Steve coerces Manny, who has little on his Private Investigator's plate, to figure out why Rita died like that at Peoria's Heart of Illinois fair when back in their youth at Neelys Landing, Missouri, Rita reigned as a star gymnast. How could a simple Judo throw have killed her?

Steve's heart-tugging story of Rita's journey to professional mud wrestler fame and haunted by Rita's single staring dead eye watching him, Manny takes the leap onto the St. Louis Slingers on-tour bus. Shepherd's Luck bites hard amidst boobs and bullets as Manny is targeted while he hunts down a scheming, sadistic killer.

Manny Shepherd's plans to fish the Mississippi River hit a snag the minute he unwinds from Steve Mallinotti's Mustang convertible and sets a boot in the mud at Neelys Landing, Missouri.

The immediate problem isn't the black SUV that's been following them, which Steve suspects is the gangbanger who wants him dead, but the fact Steve's great Aunt Flossie just found a neighbor, Joe Rayburn, dead on his bed with a rope around his neck. She implores Manny to find her friend's killer since the sheriff asserts Joe was just another old drunk close to dying anyway.

Manny discovers similar recent murders of elderly people in this southeastern area of Missouri whose homes are mysteriously burned down after the deaths. He also finds a few folks with reason to want Rayburn dead.

As he sorts through likely suspects, the private investigator is distracted by Flossie's homemade cures and the come-ons of the sheriff's daughter, a voluptuous teen.

A gangbanger goes after Steve's great aunt Flossie, as Steve is caught off guard by a Buffalo rifle, and Manny untwists a murderous plot.