Deidre knew she was destined to have a career in writing at the age of nine, after her award-winning essay on Barbie made it to her local newspaper.

She certainly enjoys being referred to as a literary agent, a mother, wife, southern woman, and a novelist.

Deidre started The Knight Agency in 1996, one that is now a national brand, catapulting clients onto every prominent bestseller list.

Her long-term dream of writing romance came to pass in 2006, when she published Parallel Attraction of The Midnight Warriors Series. 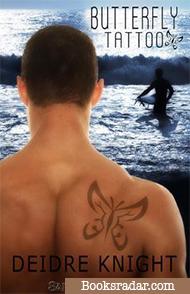 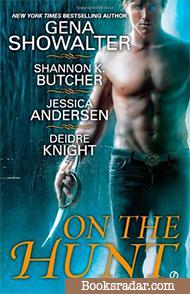 On the Hunt
Gods of Midnight 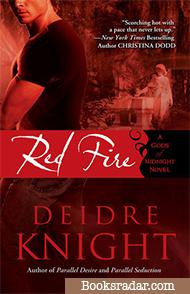 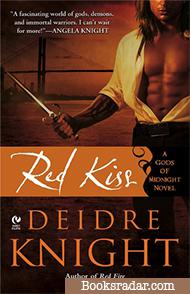 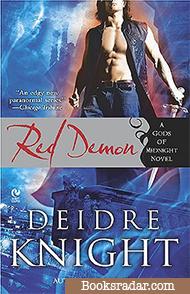 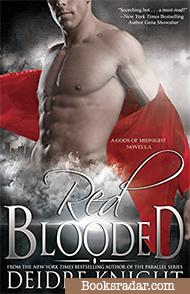 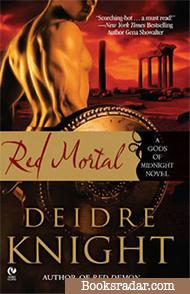 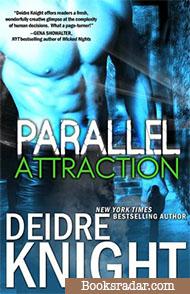 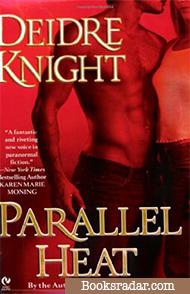 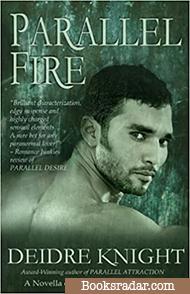 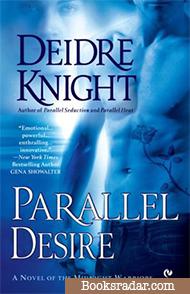 You never know where love will find you.

Michael Warner had never been with a man before, until the night Alex Richardson turned his world upside down with a single kiss. Together they shared a home, and a daughter, until a drunk driver brought an end to their Happily Ever After. A year later, Michael is still drowning in grief when fate throws him a lifeline in the form of Rebecca O’Neill, a powerhouse producer with a dark, painful past much like his own.

How could anyone ever love this face?

That’s what Rebecca thinks every time she looks in the mirror. Once she was Hollywood’s favorite “It Girl” and every man’s fantasy. Now, with each kiss she and Michael share, a piece of their hearts opens more. But can two broken hearts ever truly be healed? Because no matter how carefully Michael and Rebecca tiptoe around the landmines of the past, it’s just a matter of time before unfinished business and a bombshell revelation test the limits of their new and fragile love.

With shadowy creatures, intoxicating magic, vividly imagined worlds, and sizzling passion, this is an anthology no fan of paranormal romance will want to miss.

Eternity has become a prison for Ajax Petrakos. Centuries after he and his Spartan brothers made their bargain for immortality, Ajax struggles to maintain his warrior's discipline. His only source of strength is his hope that he will soon meet the woman once foretold to him--the other half of his soul, Shay Angel.

Ajax searches for his destined mate on the haunted streets of modern-day Savannah, but he isn't the first to find her. Shay, the youngest of a powerful demon-hunting clan, can see the monsters that stalk the steamy Southern nights--an ability that draws the deadly attention of Ajax's worst enemy. As Shay and Ajax race to solve a chilling prophecy--one that could spell Ajax's death if they don't succeed--a fated passion arises, threatening to sweep away everything in its path.

Spartan slave River Kassandros can transform into any weapon. After a bloody battle he's forever a dagger-until a mortal can release him. Drawn to this blade, Emma Lowery draws blood with it and frees River. But even as they fight off intense passions, a sinister power arises to destroy them. To protect humankind, they may have to make the ultimate sacrifice-and lose their chance at love...

After assuming the power of life and death for the immortal Spartan brotherhood, Aristos Petrakos is brought a message from the other side- a romantic message he doesn't want to hear. Juliana Tiades, the long- dead love of Ari's immortal life, is desperate to reveal the truth about her death. She makes a bargain with a djinn demon, who offers to give her physical form. But as Julianna and Ari are reunited in passion, the debt must be paid-in souls and spirits...

Dillon Fox, sightless after a tour of duty in Iraq, is called to Savannah, Georgia, to help the Shades, a powerful group of paranormal hunters. His friend Mason Angel, a leader of the Shades, needs Dillon's help to take down a vampire clan. Once Dillon embarks on the mission, one woman stirs something inside him that he thought long dead. But as Dillon starts to fall for the sexy and charismatic female vampire, will he have to choose between love and duty?

Leonidas has long led his fellow immortal warriors in battle with quiet, unyielding strength. But when Daphne, Oracle of Delphi, confesses to having loved him from afar, Leo finds his stoic shell breaking away. Just as their love ignites, Daphne's half-brother Ares strips Leonidas of his immortality. Now, it's just a matter of time before Leonidas is taken from her-unless they can find a way to challenge Ares together.

Finding a mate is the farthest thing from alien warrior Jared Bennett's mind. After years of exile on Earth, the king is close to developing a weapon that will alter the fabric of time and hopefully bring peace to his own people. But a chance encounter with scientist Kelsey Wells ignites a scorching desire far more consuming than talks of rebellion. To Kelsey, Jared's heritage is exotic and alarming - nothing like the logical, scientific facts of her own world. But despite her fears, she can't deny the heated response of her body every time the magnetic leader comes near.

As the bond between them grows, Jared struggles with a shocking family secret that keeps him from claiming Kelsey as his own. And a visitor from the future escalates Jared's battle for his people's freedom to a fever pitch, forcing the lovers to face one inescapable fact: Time can save them, as much as it can destroy them….

Lieutenant Thea Haven is still heartbroken that her king, betrothed to her since their youth, chose a human as his lifemate and queen. As warrior-tough as she is beautiful, Thea is unsure whether any other man will ever awaken her again... until she encounters royal guardian Marco McKinley. With secrets as forbidden as his powerful sensuality, the king's brooding protector quickly takes command of Thea's darkest fantasies and casts a hypnotic spell over her body and heart.

Years ago Marco was pledged to protect Jared Bennett, his people's king, now living in exile on Earth. Here, in a world that's alien to them all, a secret war between human fighters and otherworldly rebels is growing hotter every day. But Marco lives in fear not of this epic war, but his own future destiny: He has been warned that he will turn traitor, and his love for Thea Haven will be the direct cause.

Now Marco is faced with the ultimate choice - break his vow to his king or lose the woman who has claimed his mind, body, and soul for her own. One of those choices could mean the destruction of them all.

Lieutenant Scott Dillon isn't an overly complicated man—he has a rebel military operation to command and alien enemies to battle. But he also must cohabitate with humans in the middle of his unit’s temporary home in remote Wyoming—humans who suddenly interest him on a much more personal level than ever before.

Well, one human has enticed him, to be more precise: a female FBI linguist who not only speaks his native language, but managed to save his life in one of the worst fire fights he ever experienced—despite also being blind. That she's beautiful and alluringly sensual only arouses his interest even more.

Now, Hope Harper is trapped in the middle of Scott's own rebel camp, and he's not sure if he should broker her return to the FBI, or keep her safe behind the walls of their compound. The only problem is that a man has arrived from the future, a trespasser with a maddening desire for Hope.

A man who seems to have an agenda of his own…one that includes making Hope his own lover, even though he's enemy to both human and Refarian alike. As their mutual enemies close in and Hope wrestles with her burning attraction to both men, Scott must decide whether saving Hope will mean sacrificing whatever future he might have with her.

Anna Draekus is a soldier wrapped up in secrets, one of which has just been blown. As a member of the shadowy Madjin Circle, she was marked and trained from childhood to protect the king, even without his knowing. And now that her superior officer Nevin Daniels has discovered her allegiance to the Madjin, another secret is in serious danger of exposure.

The one where she fantasizes about cracking the taciturn Refarian’s composure and making him scream her name in passion.

Nevin has tried everything to exorcise Anna from his mind and body, once and for all. Nothing works. He’s long lusted after the free-spirited and plainspoken soldier, but her mere presence ties him in knots and drives him to the brink of insanity. Something a man in his position can’t afford. Something a man of his maturity could never hope for.

Then a routine patrol finds them wrecked and marooned deep in the Wyoming backcountry. And Anna unwraps Nevin’s deepest secret of all: Beneath his tightly controlled exterior beats the wild heart of a tiger.

On a mission of vengeance, time traveler Scott Dillon finds himself marooned in the past-and risks disrupting the entire universe in his quest to destroy the warrior who killed his wife and unborn child.

A never-ending passion for Scott lures Refarian medic Shelby Tyler to Texas, but the man she finds there is nothing like the man for whom she once cared. Reeling from his loss, Scott has lost himself in drinking and brawling. With her body, Shelby will lift him from despair. And with her heart, she will help him discover a part of his soul he thought was lost forever-and the devastating truth behind the murder of his wife.

Finding a mate is the last thing on Jared Bennett’s mind. But the exiled alien king can’t deny the primal desire to claim Kelsey Wells as his own, even as a war rages around them. As the bond between them grows, Jared struggles with a shocking family secret that keeps him from finally having Kelsey. And a visitor from the future escalates Jared's battle for his people's freedom to a fever pitch.

Brandy Svensson is mourning her lost soldier fiancée, while simultaneously dealing with her newfound ability to connect telepathically with cats. That’s when she finds a lost jaguar cub who, unbeknownst to her, is the nephew of the warrior Pantherman, Dak. When the cub turns into a human baby and a full-grown jaguar arrives to claim him, shock and confusion flood Brandy. And Dak’s protective instincts are triggered by this lovely woman, and the certainty that he’s followed by a killer.

THE DREAM RUNNER by Kerry Schafer

Jesse Davison skipped town when she was sixteen, leaving behind the promise of romance with her boyfriend Will, and swearing never to return to the place where she lost everything she loved. But when news of her estranged mother’s death calls her home, Jesse has no choice but to bring her new job with her. She’s been forced into service as a runner by the Dream Merchant to pay back a debt for her own dream of revenge, and there are always orders to fill. And when she comes face-to-face with the attractive, but trouble-inducing Will, her job doesn’t get any easier. Because, as it turns out, she’s been dreaming of killing him for the past ten years.